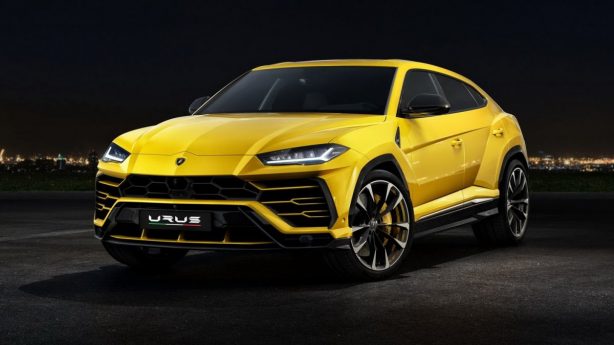 The wait is finally over as Lamborghini has officially unveiled its high-performance, ‘super-SUV’ – the new Urus.

Looking every bit as flamboyant as a Lamborghini should be, the Urus features a twin-turbo 4.0-litre V8 engine that the company says will ensure it fits in perfectly alongside the Aventador and Huracan supercars. And based on the numbers, it’s not hard to see why. 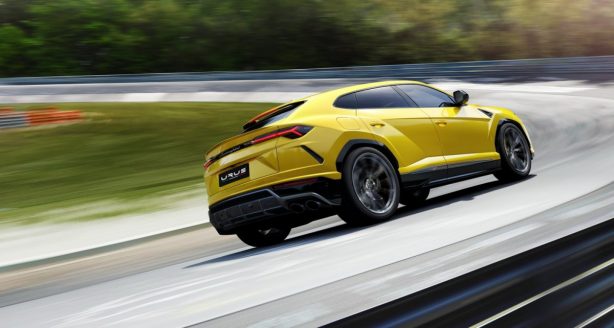 The engine is paired with an eight-speed ZF torque converter automatic transmission – a first for the brand, which directs power to all four wheels. Torque is split 40/60, with a maximum 70% of torque reaching the front wheels on demand, or as much as 87% going to the rear. The Urus also feature rear-wheel steering borrowed from the Aventador S.

Underpinning the Lamborghini Urus is Volkswagen Group’s MLB platform which is also found under the Bentley Bentayga, Audi Q7 and Porsche Cayenne. The Urus measures 5,112mm in length, 2,016mm in width and 1,638mm in height, which makes it longer, wider and lower than a Mercedes-Benz GLE Coupe. It tips the scales at 2,154kg, giving it impressive performance for its heft. 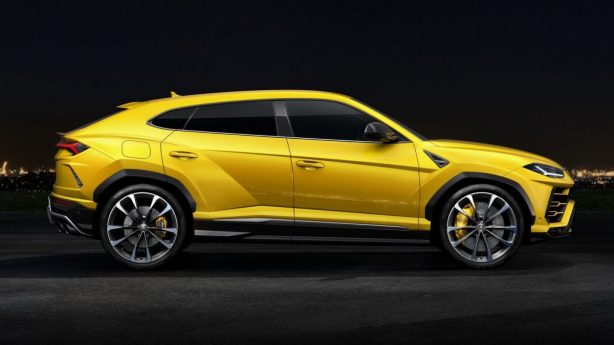 Lamborghini’s SUV also comes with the largest brakes in the world. Its carbon ceramic rotors measures a massive 17.3-inch at the front, clamped by 10-piston calipers. A set of 21-inch alloy wheels come standard, with 22- or 23-inch rims wrapped in bespoke Pirelli P Zero Corsa tyres offered as an option.

Inside, the Urus’ cabin features Lamborghini’s trademark hexagonal elements on the dash, a fully digital TFT display, a three-spoke steering wheel with vibration damping and a red starter button carried over from the supercar range. There’s a range of driving modes, including Strada, Sport, Corsa, Sabbia (Sand), Terra (Off-Road) and Neve (Snow). 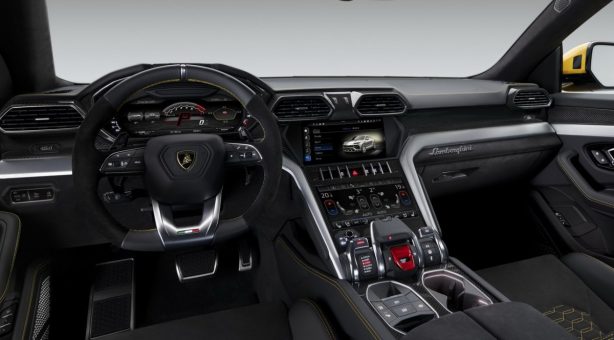 The Urus will be built at Lamborghini’s Sant’Agata Bolognese plant in Italy, with first deliveries scheduled for early 2018. Prices will start at US$200,000 in the US. A plug-in hybrid model will follow in 2019.