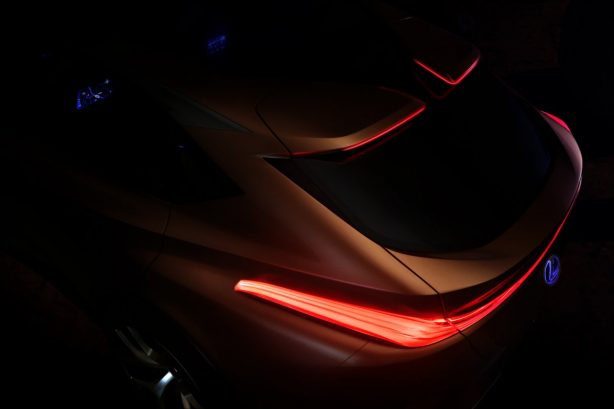 Lexus has announced it will unveil a new flagship crossover concept at next year’s Detroit Auto Show in January.

The announcement is accompanied by a shadowy teaser image of the concept, which is named LF-1 Limitless. Created by the company’s CALTY design studio in Southern California, the LF-1 Limitless aims to “redefines the boundaries of luxury”.

From the name, it’s clear the LF-1 Limitless is a significant vehicle for Lexus — the last concept to get a single character name was the LF-A supercar, which later assumed the LFA moniker in production form.

As can be seen in the teaser image, the LF-1 Limitless features a tear-drop panoramic roof and a single continuous beam of tail light that stretches the entire width the car.

The design takes cues from the LC coupe and LS sedan, which would suggest that Lexus is planning to release its first RWD crossover.

The current Lexus SUV line-up consists of the NX, RX and LX. Just where this new crossover will sit in the brand’s fast expanding crossover line-up remains to be seen.