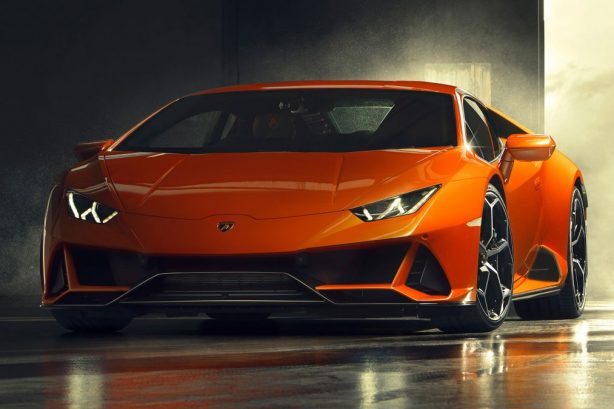 Lamborghini has unveiled the next evolution of the Huracan – fittingly dubbed the Huracan Evo – with the updated model sporting a tweaked design, additional standard equipment, and a more powerful drivetrain.

The Huracan’s front-end has been given a revised bumper design with less black space than before and revised side intakes, while the rear of the car – which has been changed more dramatically – sees the tailpipes and number plate positioned much higher than before.

Additionally, the rear lip spoiler has been heightened and the diffuser is now painted to match the body colour of the car, which can now be painted in a new shade of orange dubbed Arancio Xanto. 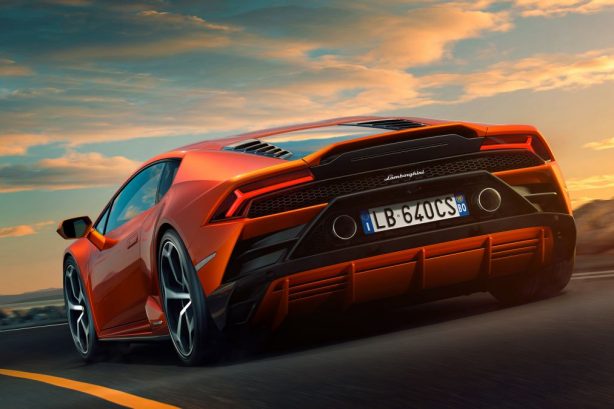 On the inside, the Huracan has also been given a revision with the introduction of a new 8.4-inch infotainment screen with Apple CarPlay compatibility that controls the majority of in-car functions. A dual-camera telemetry system is also available.

Although there’s still the same basic 5.2-litre naturally aspirated V10 behind the cabin, the engine of the standard Huracan LP-610 has been switched out for the unit from the pre-facelift Performante variant, meaning that power is now up to 470kW at a screaming 8,000rpm and torque peaks at 600Nm at 6,500rpm courtesy of changes including titanium intake valves and a lighter, freer-flowing exhaust system. 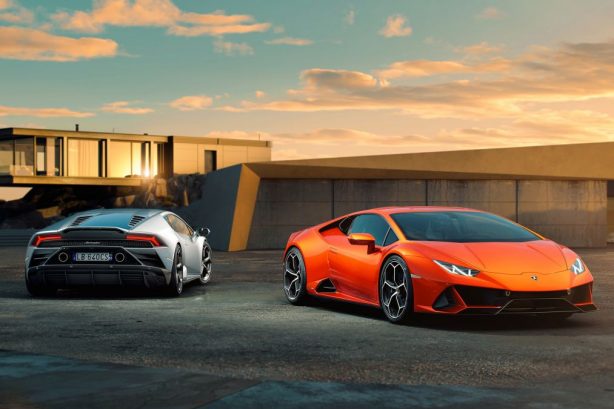 20-inch wheels clad in staggered Pirelli P Zero rubber – 245/30 front, 305/30 rear – are fitted as standard, as are carbon-ceramic brakes capable of bringing the Huracan Evo to a standstill from 100km/h in just 31.9 metres.

According to Lamborghini’s claims, the Huracan Evo will be able to complete the o-100km/h sprint in 2.9 seconds, while 0-200km/h should take 9.0 seconds – identical to the Performante. Top speed is listed at 325km/h.

When it goes on sale in Australia, the Huracan Evo will be priced from $459,441 before on-road costs. European deliveries will commence during the second quarter of this year, while the revised model is set to arrive locally some time after July.