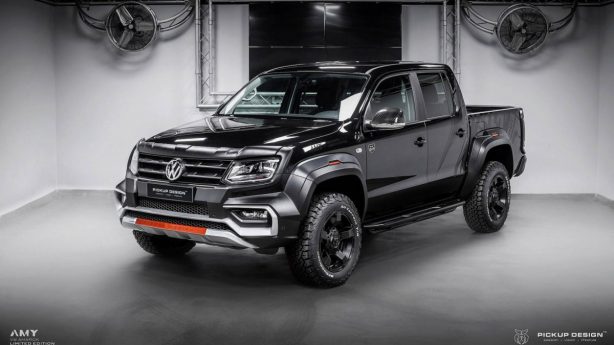 With pickup trucks or utes, as we call them here in Australia, getting more popular by the day, tuners are also starting to pay them ever more attention. Meet the “Amy”, Carlex Design’s latest project based on the Volkswagen Amarok.

Limited to just 500 units to keep the model exclusive and to justify its €13,995 ($A22,222) asking price for the conversion, the Amy has been worked over both inside and out.

Starting with the exterior, the Amarok’s front fascia has been substantially redesigned with a rugged new front bumper and headlight frame. Along the sides, the wheel arches have been extended to accommodate a set of black finished alloy wheels shod with BF Goodrich All Terrain T/A tyres. 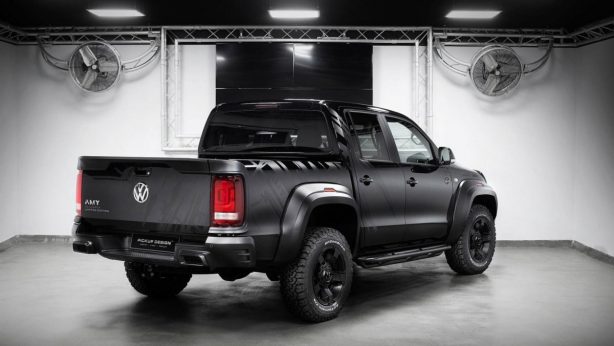 At the back, the rear bumper has also been completely redesigned and now incorporates a pair of tailpipe openings, while the taillights gained frames that extend into tailgate to form a subtle rear spoiler.

Carlex Design has also coated all the new parts with matte black structural protective paint for a properly sinister look.

Inside, the interior has been reupholstered with soft Nappa leather, fancy quilting and a re-profiled steering wheel, while the pickup’s infotainment system’s home screen has also been tweaked to display “Amy”. 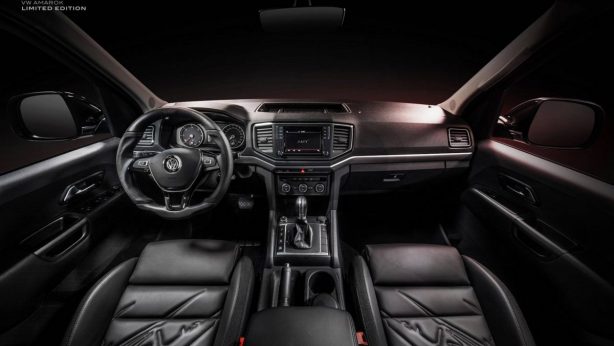 Under the bonnet, the tuner has made the Amarok’s V6 diesel sound like a meaner V8 thanks to a new exhaust system that is controllable via a smartphone app.