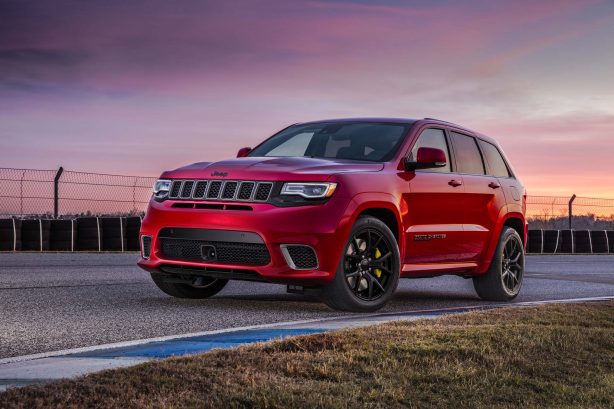 Jeep has unveiled the most potent Grand Cherokee yet, the 527kW Trackhawk performance flagship that will take on some of the world’s fastest SUVs including those from the Porsche/AMG/M stable.

Set to be unwrapped later this week at the New York International Auto Show, the Grand Cherokee Trackhawk packs a supercharged 6.2-litre V8 petrol engine, the most powerful engine from the Chrysler group (which own Jeep).

Already in action in the Dodge Charger SRT Hellcat, the HEMI V8 packs enough firepower to blow its European rivals off the road. That figure, to be exact, is an insane 527kW and 874Nm, surpassing all its German rivals as well as the Range Rover Sport SVR. 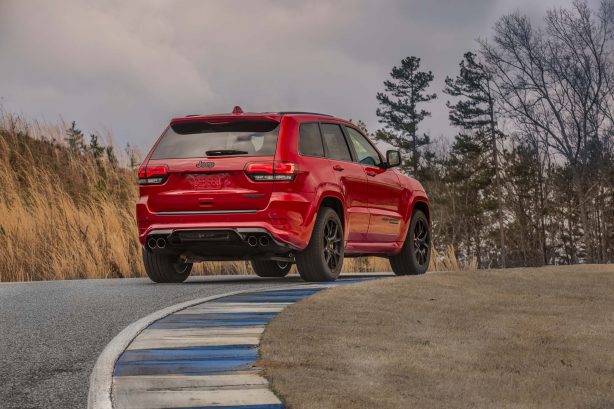 On the road, the numbers translate to a 0-100km/h time of just 3.6 seconds, before reaching a top speed of 290km/h. While Jeep is laying claim to the title of the world’s fastest SUV, Tesla will be quick to point out that its all-electric Model X P100D is quicker still with a 0-100km/h time of 3.1 seconds.

The Grand Cherokee Trackhawk is also said to be capable of covering the quarter mile (400m) in 11.6 seconds with a trap speed of 186km/h, on par with the mighty Nissan GT-R. 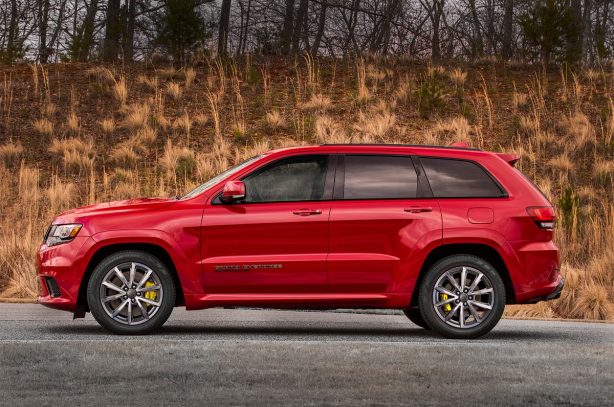 Like the SRT model, the Trackhawk channels power to the road through an on-demand all-wheel drive system and an uprated eight-speed automatic transmission. Its drivetrain has also been intensively strengthened to cope with the extra punch. Jeep claims up to 70 per cent of torque can be sent to the rear wheels.

The flagship also gets bigger Brembo brakes – including 400mm discs with six-piston calipers up front – which allow the full size SUV to pull up from 100km/h in just 36 metres, according to Jeep.

For optimum handling, the rear axle is fitted with an electronic limited-slip differential for maximum traction out of corners. Launch Control is also standard for drag junkies. 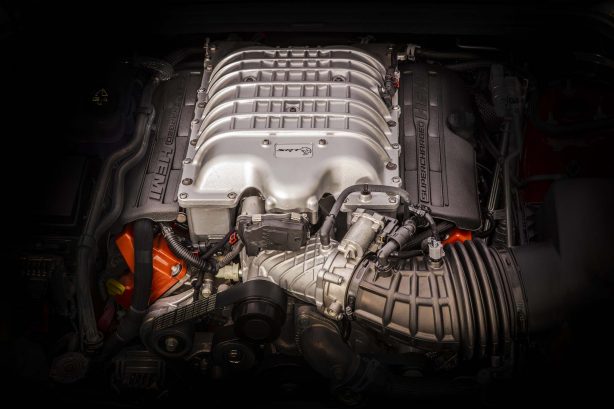 Visually the Trackhawk stands out with flared wheel arches and side sills, beefier front and rear bumpers, deeper rear diffuser and quad exhaust tips. It rolls on 20-inch alloy wheels shod with 295/45Z Pirelli rubber all around.

Inside, highlights include Trackhawk-branded Nappa leather and suede seats, a flat-bottomed sport steering wheel, carbon fibre trim and contrasting leather-stitched surfaces. As with the rest of the Grand Cherokee range, infotainment is managed by an 8.4-inch Uconnect touchscreen system with Apple CarPlay and Android Auto support. 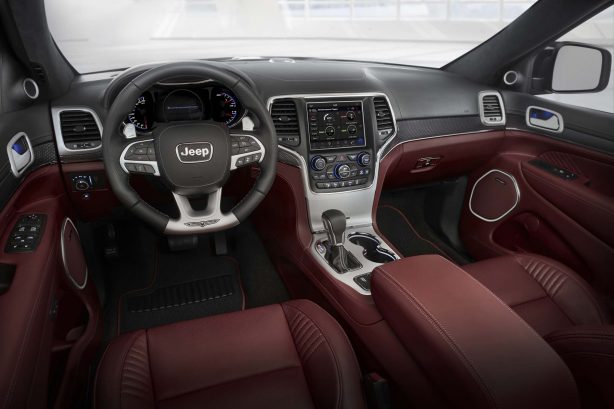 Fiat Chrysler Automobiles (FCA), the distributor of Jeep vehicles in Australia, have not officially confirmed if the more powerful Grand Cherokee will make it Down Under, but said “the company would welcome it with open arms”. Let’s hope they would.