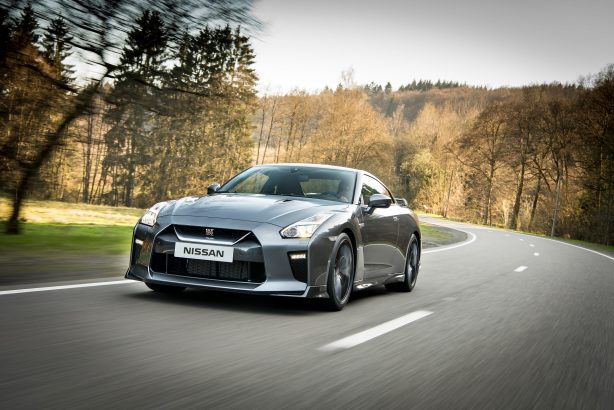 First unveiled at the New York International Auto Show in March, the 2017 Nissan GT-R boasts the biggest update since its debut in 2007. The supercar features new look both inside and out, as well as receiving major driving performance enhancements in key areas, which include a significantly reinforced chassis and more power from its twin-turbocharged 3.8-liter V6 engine.

The company today released further details on the 2017 GT-R, accompanied by new high resolution photos and a new video explaining the GT-R’s updates.

Highlighting the front of the car are a redesigned bonnet, front bumpers, Daytime Running Lights (DRL), and a new matte chrome finish “V-motion” grille. The grille has been enlarged to increase airflow to cool the engine without causing any additional drag. 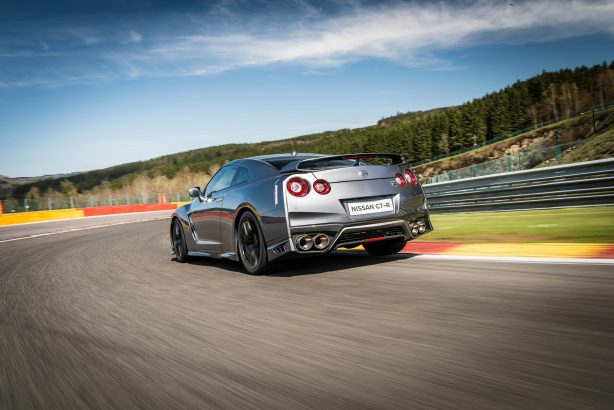 In addition to the new grille and bonnet, the curving profile of the front under spoiler has been slightly extended and lowered by a few millimeters to improve airflow at the its lower edge. By reshaping the sill lip along the lower portions of the sides of the car, the amount of air being drawn underneath has been reduced, countering vehicle lift and improving stability.

The C-pillars have also been redesigned, with the upper portion now shaped to deliver better airflow management by preventing the generation of a smaller vortex.

The rear of the new GT-R continues to be defined by its iconic round taillights, but look closely and you’ll notice a silver-finish diffuser and new side air vents that have been incorporated next to the quad titanium exhaust tips to improve the car’s aerodynamics. The rear bumper section now incorporates the same design featured on the GT-R Nismo for better routing of air at the lower portion of the rear of the vehicle. This has also led to less interference between the exhaust gases exiting the tailpipes and airflow along the rear side portions of the bumper for improved heat evacuation. 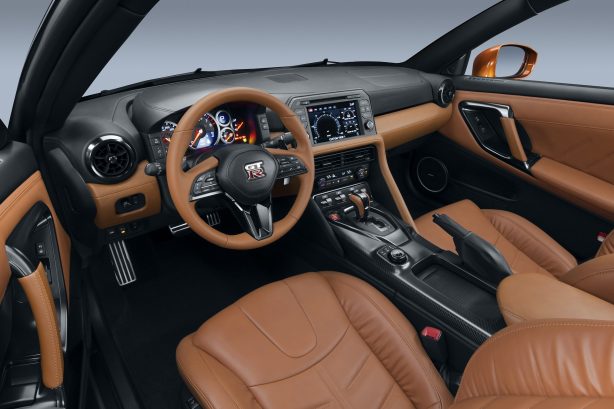 The interior has a much more premium feel, thanks to the high-quality leather draped over the entire dashboard and instrument panel. The shape of the dashboard adopts what Nissan describes as ‘horizontal flow’, in the sense that it delivers a sense of increased stability for the car’s front-seat occupants. Continuing the flow, the line from the instrument cluster to the centre console provides a distinct driver-oriented environment for those behind the steering wheel.

The centre dashboard layout has also been improved. Integrated navigation and audio controls cut the number of switches from 27 in the earlier model to only 11 in the 2016 model. The touch screen has also been upgraded to a new eight-inch panel featuring larger icons that make it easy to operate. A new display control on the carbon fibre centre console allows easy operation.

The GT-R’s 3.8-litre twin-turbocharged V6 engine follows through, with each unit handcrafted by its own Takumi technician. The engine comes retuned and now delivers 419kW of power with 632Nm of torque. The improved output is the result of individual ignition timing control of the cylinders and extra boost from the turbochargers, these enhancements allow the new GT-R to acceleration harder from 3200 rpm onwards. The engine comes mated to a six-speed dual clutch transmission and features smoother shifts with less noise.

Download high resolution wallpaper of the 2017 Nissan GT-R below.