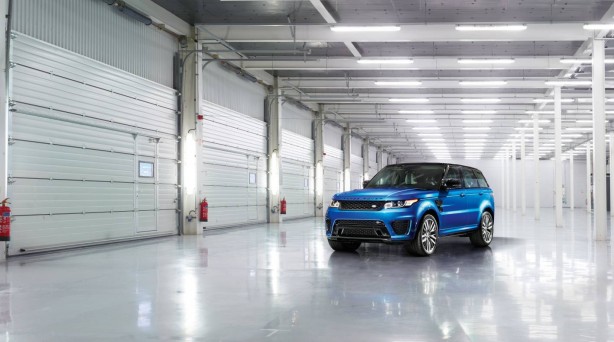 Described as the most powerful and dynamically focused Land Rover ever, the range-topping SVR is powered by a 5.0-litre supercharged V8 engine tweaked to produce 405kW and 680Nm, a substantial 30kW and 55Nm increase over the Range Rover Supercharged.

The power is sent through a ZF 8HP70 8-speed automatic transmission to an optimised four-wheel-drive system, rocketing the SVR from zero to 100km/h in 4.7 seconds, and on to an electronically limited top speed of 260km/h.

During testing, the SVR managed to lap the legendary Nürburgring Nordschleife racetrack in 8 minutes 14 seconds, one of the fastest times ever recorded by a standard production SUV. The SVR was also subject to exhaustive testing, with prototype vehicles completing nearly 1000 laps around the legendary German circuit. 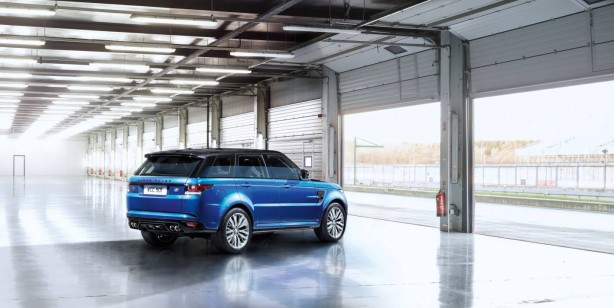 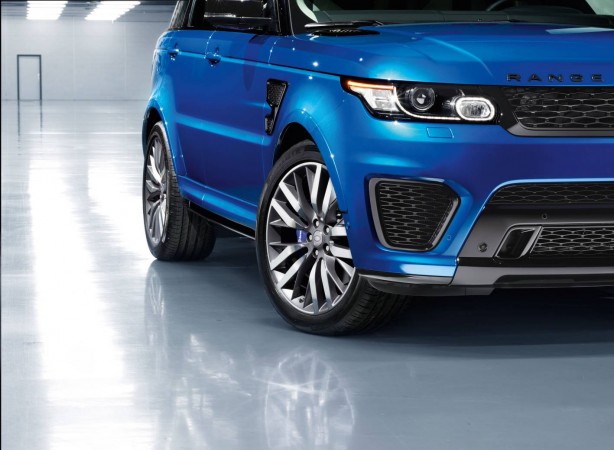 At the side, an all-new aluminium fender panel incorporates a new fender vent design, while at the rear a pronounced high-level spoiler keeps rear turbulence in check. The redesigned rear bumper features a gloss black diffuser, which incorporates the SVR’s unique quad exhaust pipes, instantly differentiating this high-performance derivative. 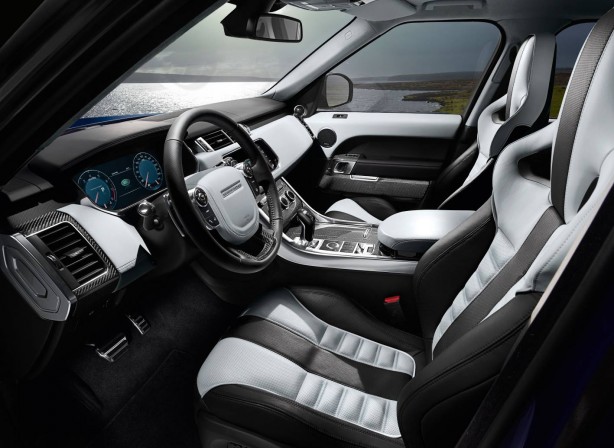 Inside, the SVR can be distinguished from other derivatives thanks to distinctive leather sports seats more typically found in high-performance cars. The sport seats offer additional lateral support during spirited driving. The seats are finished in luxurious Windsor leather with ribbed, quilted centres and Ebony Black top stitching.

As standard, the vehicle is supplied with turned aluminium interior trim details, but owners can specify carbon fibre trim for the door panels, centre console, dashboard and steering-wheel bezel.

“A thorough range of revisions specially developed by Land Rover’s Special Vehicle Operations combine to make this premium derivative even more distinctive both inside and out, as well as taking its dynamic capabilities to the next level without impacting on comfort, refinement or all-terrain versatility. The Range Rover Sport SVR is truly the world’s most capable performance SUV.”

The Range Rover Sport SVR has been created by Jaguar Land Rover’s Special Vehicle Operations team and will arrive in Australia in the second quarter of 2015.