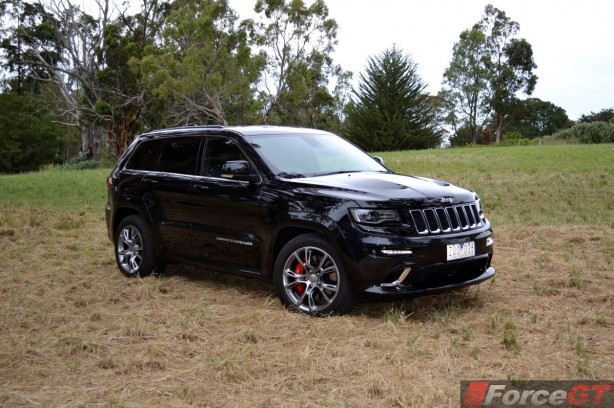 Pulling off the perfect crime requires not only the right men for the job, but also some serious getaway power. As important as the heist itself, a clean getaway ensures all those hard work is not wasted. But if it all goes to hell, how fast you flee would determine whether you can save your sorry ass or end up behind bars. The Jeep Grand Cherokee SRT8, as it turns out, is a surprisingly effective way of getting the hell out of trouble.

So, the SRT8 should be on your wanted list to ensure it’s not on that of the men in blue the next time you take Grand Theft Auto to the (real) streets. It packs a Chrysler-sourced 6.4-litre HEMI V8 dishing out 344 kW of power and 624 Nm of torque, 8-speed automatic transmission and on-demand sports all-wheel-drive system. The company’s tuning arm – Street and Racing Technology (SRT) is then tasked to give the big V8 the noise that it deserves, tweak its AWD logarithm for sporty driving and arm the chassis with specially tuned Bilstein suspension and Brembo brakes. 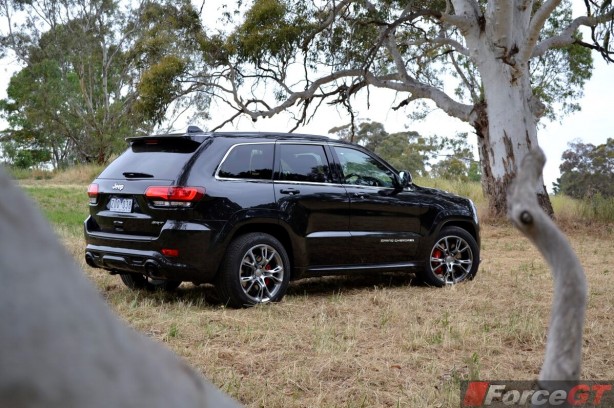 At this point, let’s take a look at the competition. For this level of performance, you will be looking at the Mercedes ML 63 AMG, BMW X5 M50d or Porsche Cayenne Turbo. However, you will have to write a cheque for around $160k. That’s the price of two SRT8’s plus some spare change for 2 extra sets of tyres to cure your thirst for (tyre) smoking. But of course, that’s if you could put up with your mates’ constant barrage of  “but it’s a Jeep” abuse. 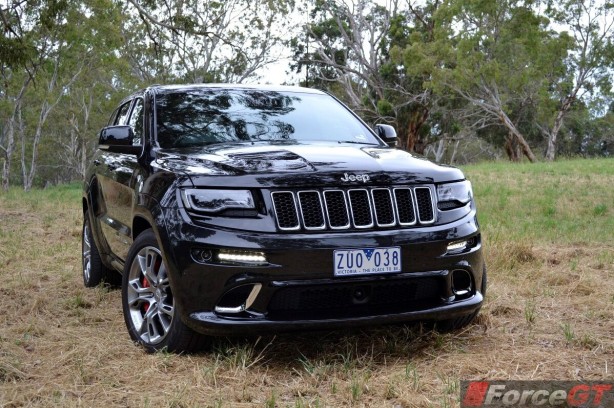 Despite being significantly cheaper than the Germans, there is no shortage of effort in the SRT8. Pin your foot down and you are greeted by one of the best sounding V8s out there. It’s incredibly refined too. The way this monster eats up the tarmac like it’s punching through vacuum is both impressive and mildly terrifying at the same time. Just two sweeps of the rev arch and you’re travelling at three digit speeds, part of the credit also goes to the superbly smooth and fast shifting ZF 8-speed auto.

If you thought it’s fast in anything but corners, then you would be pleasantly surprised. We were. The SRT8’s exceptional level of grip relentlessly hustles the big SUV on the driver’s intended course, thanks to an active damping system with five driving modes that interact with every outpost of the vehicle’s electronics, including stability control, transmission shift strategy, electronic Limited Slip Differential (LSD) and throttle control.

The sports suspension lowers the SRT8 by 25mm. There is apparent stiffness in its setup, which gives a firm ride but it’s never harsh. It is also effective in ensuring body roll is kept in check at all times. While the chassis is pretty well sorted, the steering can do with sharper response and a bit more feedback.

With massive 6 pot brake calipers up front and 4 pot at the back acting on uprated rotors, the SRT8 sheds speed as fast as it gains them. They feel progressive under the hammer but in daily traffic they are a little spongy. 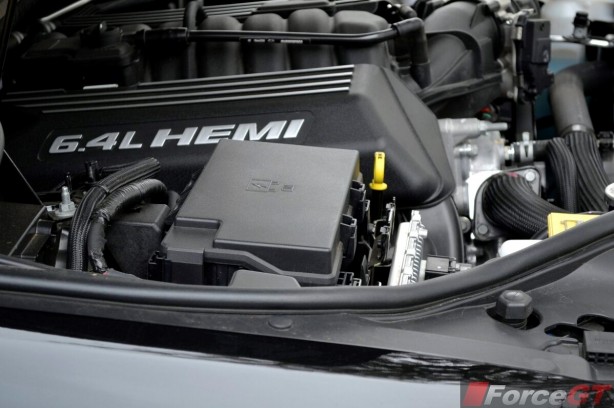 The SRT8’s lower ground clearance and stiffer dampers make it a less versatile off-roader. It also loses the low range gearbox and height adjustable feature of the Grand Cherokee Overland. However, it is still capable of traversing a dirt track with ease, if there’s nothing too tricky.

In a bid to soften the blow at the bowser, Jeep has equipped the V8 with cylinder deactivation, a feature that is able to, depending on driving conditions, shut off as many as half of its cylinder banks to save fuel. In spite of this, we never managed to do better than 14.9L/100km in our 2-week long test comprising both urban and freeway driving, with some spirited runs and off road excursion thrown in. Under constant ‘hooning’, be prepared for over 20.0L/100km! However, cruising at a constant speed on the freeway in Eco mode, the V8 runs on four-cylinder, zipping a very respectable 7.0L/100km. 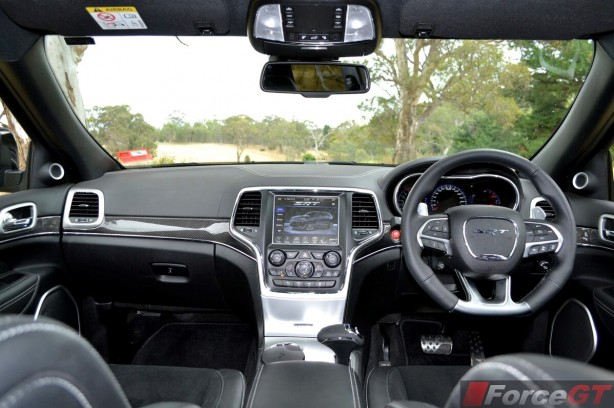 If Jeep is renowned for its 4X4 system, then it’s the opposite for its interior, at least in old-school Jeeps. The new Grand Cherokee is a vast improvement. And the SRT8’s cabin, although nowhere near the Germans in terms of quality, execution or attention to detail, is a pleasant place to be in with enough room for five adults. The sport seats up front with their combination of Nappa leather and Alcantara, are very comfortable and provide excellent support. There is also enough soft touch materials and carbon fibre inserts to make it feel somewhat premium. However, its built quality is still not up to the scratch as there is noticeable rattling in the cabin. 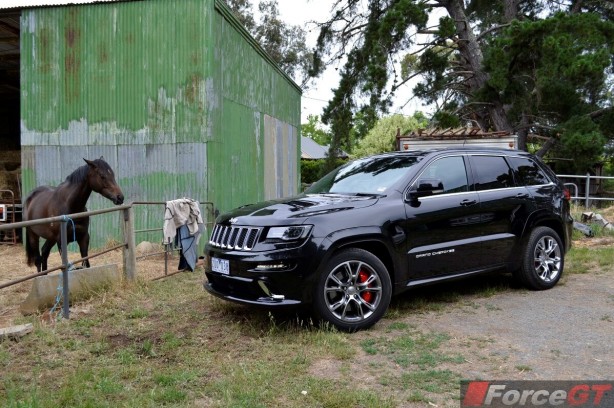 Exclusive to the SRT8 is the addition of the Performance page to the central display which is loaded with some cool graphics for ‘bragging rights’, including g force meter, acceleration and deceleration times with built in stopwatch, and various performance related gauges.

For a little under $80k (excl. on roads), the 2014 Jeep Grand Cherokee SRT8 is no doubt the best value V8 performance SUV on the market. It looks menacing and is equipped to the brim. There’s no slouch in the performance department either.

Of course, it’s got some quality issues and despite some cool fuel saving tech, its thirst for fuel is still unstoppable. But, it’s a lot of car for its price and it will have no problem finding plenty of buyers. It is loads of fun and we would happily park one in our garage.