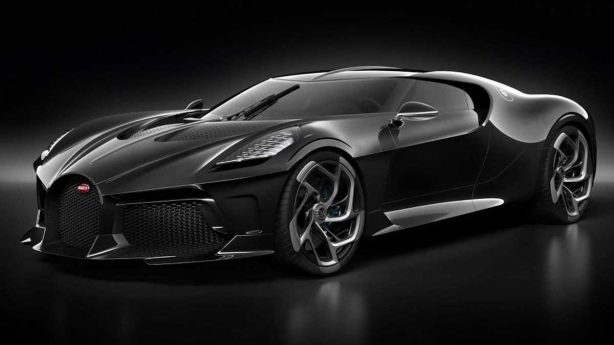 The purveyors of speed at Bugatti have created a one-off Chiron-based car for a customer that has become the most expensive new car to ever be sold.

Unveiled at the 2019 Geneva Motor Show, the creation dubbed “La Voiture Noire” – which translates literally as “the black car” – was built to celebrate the 110th anniversary of the Bugatti brand.

The body of La Voiture Noire is made entirely from carbon-fibre and shows plenty of styling highlights from other models in Bugatti’s history, such as the distinct C-shaped character line first seen on the Veyron, or its six tailpipes as seen on the Type 57. 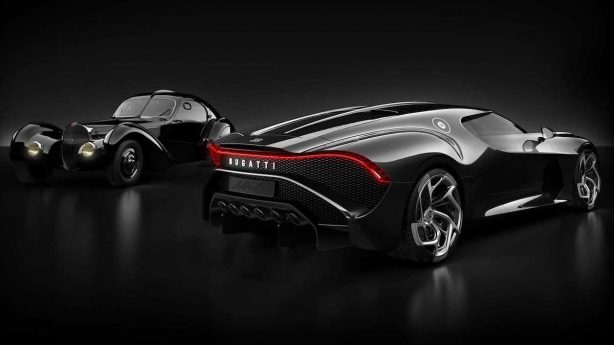 Like all Bugatti’s of the 21st century, it’s propelled by a mid-mounted behemoth 8.0-litre quad-turbocharged W16, with it delivering an astonishing 1103kW and 1600Nm – that’s 1479hp and 1180 lb-ft in old money – which are outputs identical to what this engine makes in the Chiron and the track-focused Divo.

As in the Chiron, that power is sent through a seven-speed dual-clutch transmission to all four wheels.

As mentioned, just one example of La Voiture Noire was created, with it asking for a staggering €11 million before taxes, which is equivalent to around A$17 million. However, with a hefty adding of taxes on top of that asking price, it actually cost its lucky owner €16.7 million – that’s an astonishing $26.75 million Australian. 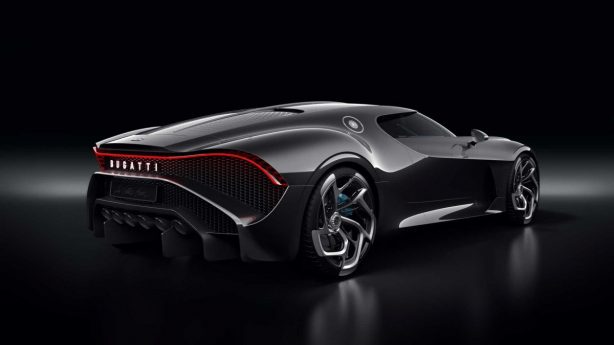 Rumour has it that the buyer of the ultra-exclusive machine, who has chosen to remain unnamed, is former Volkswagen Chairman Ferdinand Piech – the man who helped the VW Group acquire Bugatti and helped see the legendary Veyron, the fastest car in the world in its day, transform from dream into reality.

Regardless of who bought it, however, it easily takes the title of the most expensive new car ever sold from the similarly one-off Rolls Royce Sweptail, which is understood to have been purchased for somewhere in the region of A$17 million back in 2017.

The Bugatti La Voiture Noire will be on display at the 2019 Geneva Motor Show which is open until March 17.