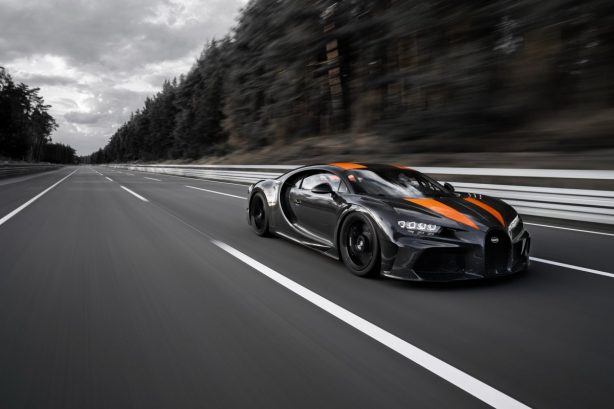 The mighty Bugatti Chiron has broken the 482km/h barrier, clocking a TUV verified top speed of 490.484km/h on August 2 on the Ehra-Lessien with Andy Wallace behind the wheel.

The company has been working on the secretive Chiron prototype with Michelin and Dallara over the past six months to break the 482km/h barrier, and with the accomplishment, Bugatti has now beaten the Koenigsegg Agera RS’ 458km/h (447km/h two-way average) record set in 2017. 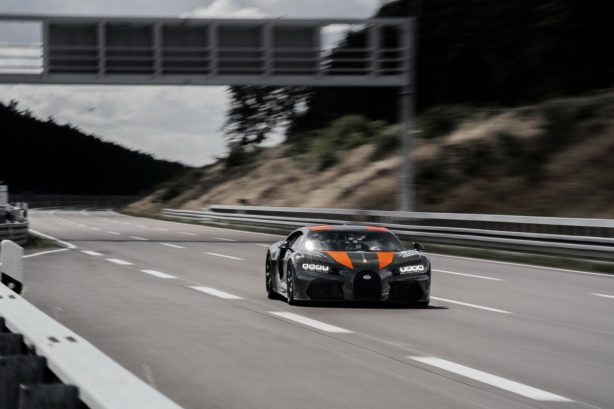 Bugatti’s President, Stephan Winklemann told Top Gear that this will be the last record the supercar maker will be chasing as it steps back from the race to produce the world’s fastest production car: “We have shown several times that we build the fastest cars in the world. In the future, we will focus on other areas.”

As you can see from the photos, the record-breaking Chiron prototype is not only 25cm longer than the production model due to a longer tail section but also loses its rear wing and airbrake to reduce drag. There is also a bigger and deeper rear diffuser for better stability, along with new quad exhaust pipes. 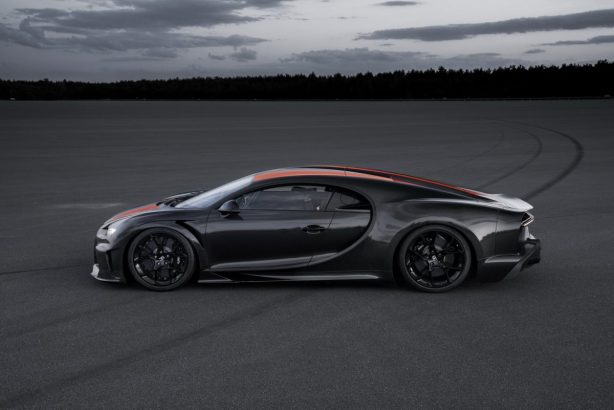 At the front, the prototype gets a larger splitter and a set of air outlets over the wheels to improve aerodynamics further.

“The biggest challenge is to get the overall package right, not only design, not only aerodynamics, not only engine, not only tyres. It’s to get everything together and working in one car,” said Frank Heyl, Bugatti’s Head of Exterior Design. 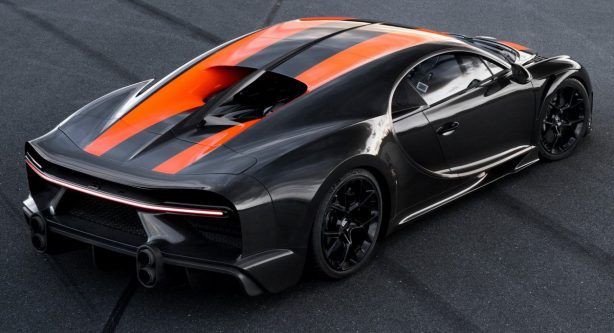 The standard Chiron’s quad-turbo 8.0-litre W16 engine was also uprated to produce 1,177kW, up from 1,103kW, while its transmission and all-wheel drive system remain unchanged.

Bugatti says the record-breaking Chiron is a “near production prototype”, meaning it could morph into the rumoured Super Sport. Watch this space!