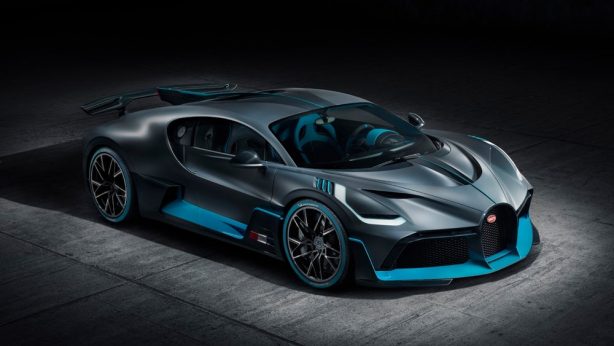 Bugatti is reviving its coachbuilding tradition with the new Divo hypercar, an ultra exclusive model based on the Chiron. Unveiled today in Monterey, California, the Divo is a “super sports car tuned for agility, nimbleness and optimum handling performance on winding roads”.

Limited to just 40 units worldwide – all of which have already been spoken for upon reveal – the €5 million ($A7.93 million) Divo is powered by Bugatti’s iconic 8.0-litre W16 quad-turbocharged engine with an eye-watering power output of 1,500 PS (1103kW) at 6700rpm, along with a colossal 1600Nm of torque from 2000 to 6000rpm. The aerodynamics of the model have been intensively fine-tuned and the suspension and chassis settings have been modified. As a result, the Divo is 35 kilograms lighter and has 90 kilograms more downforce than the standard Chiron.

The track focused Divo was designed to be sharper, more agile and more nimble. For this purpose, the camber was increased. As a result the maximum speed of the Divo is limited to 380 km/h. In contrast to the Chiron, there is therefore no Top Speed mode.

To bring the hypercar to a halt at such high speeds, the brakes are cooled by four independent air sources on each side of the car. Vanes direct the cold air from various part of the exterior body work onto the brake discs. A heat shield carries the hot air out through the wheels. This system, which is already used on the Chiron, receives additional support from the vacuum generated by the air curtain on the tyres in the case of the Divo. In addition, the wheel arches are ventilated via slats on the wings. 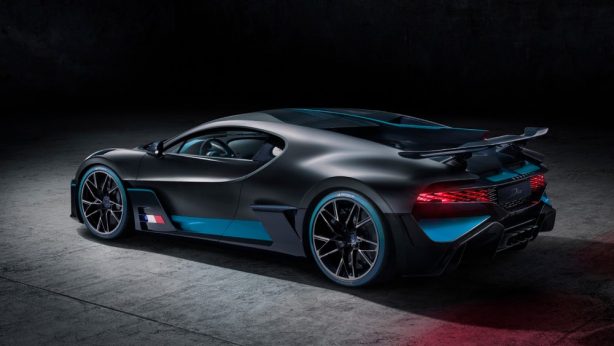 The roof of the Divo has been designed to form an air duct, a flow-optimized air inlet that channels air flow to the engine compartment, playing a key role in engine temperature management.

The rear of the Divo features a new and wider, height-adjustable rear spoiler which functions as an air brake when turned forwards and is set to different angles for the individual driving modes.

The downforce is also boosted by the rear diffuser which has been entirely redesigned for greater efficiency and accommodates four tailpipes. The total downforce generated is 456 kilograms, 90 kg more than on the Chiron.

Technical innovations in the interior include the seats, which not only feature a new design but offer greater lateral support. The steering wheel is partly covered with Alcantara and has larger paddles fitted firmly on both sides of the wheel. Thanks to larger armrests and calf supports, the central console ensures greater comfort. 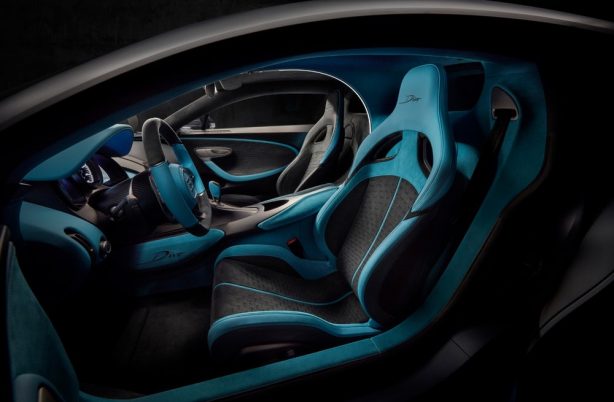 According to Bugatti Automobiles president Stephan Winkelmann, the Divo represents a change in approach for the French brand and the response to it has been positive.

“To date, a modern Bugatti has represented a perfect balance between high performance, straight-line dynamics and luxurious comfort,” he said.

“Within our possibilities, we have shifted the balance, in the case of the Divo, further towards lateral acceleration, agility and cornering. The Divo is made for bends.

“The feedback from our customers was overwhelming. The Divo is a further project intended to thrill people and the world. Our fans are very important to us.”

The supercar is named after Albert Divo, a French racing driver who was a two-time winner of the famous Targa Florio race on the mountainous roads of Sicily with Bugatti in the late 1920s.