$3.4M new Bugatti Chiron even more bonkers than the Veyron! 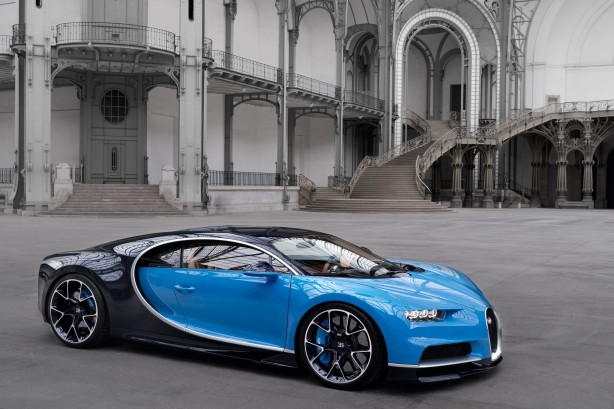 Here it is! The successor to the Bugatti Veyron has officially bowed in at the Geneva Motor Show this week.

The new Bugatti Chiron is even more bonkers than its predecessor, sporting a colossal 8.0-litre W16 quad-turbo engine pumping out 1,103kW and 1,600Nm of torque!

The mid-mounted engine is essentially two V8s joint together back-to-back and delivers 362kW more power than the engine used by the Veyron. Its full whack of torque peaks at between 2,000 and 6,000rpm, enough to send the car blasting from 0-100km/h in less than 2.5 seconds before reaching a top speed in excess of 420km/h. 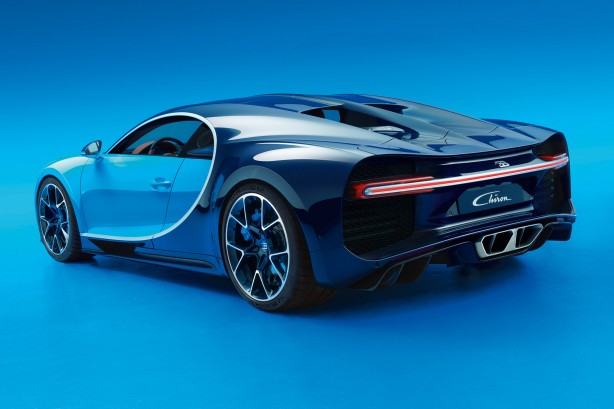 The powerplant has undergone significant redevelopment for the Chiron and sports redesigned carbon fibre inlet manifold, a heavily reworked injection system featuring 32 individual injectors, larger and more powerful turbochargers, a revised intercooler system and new titanium exhaust system with a total of six catalysers that is claimed to provide a substantial reduction in back pressure over the old system.

In order to provide a more linear power delivery for the new Chiron, the new turbos are operated in a two-stage process; during step off just two turbochargers function initially, with the remaining two joining in to boost performance when the engine speed rises above 3,800 rpm. 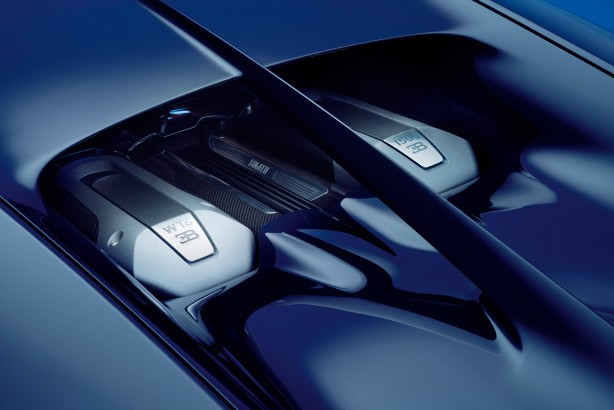 The immense power is channeled to all four wheels via a reworked version of the Veyron’s 7-speed dual clutch transmission and multi-plate clutch all-wheel-drive system. The latter comes complete with an electronically controlled differential that provides a torque-vectoring function to vary the amount of drive apportioned to each of the rear wheels and the basis for what Bugatti dubs an “easy to drift” function.

Like the engine, the Chiron’s chassis is a development of the Veyron’s and now adopts an adaptive suspension system that provides variable ride height and damping control in a bid to improve ride quality without compromising body control. 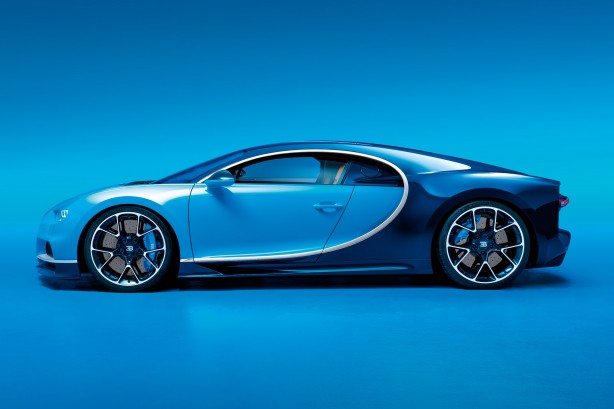 There are also five driving modes to choose from – Lift, Auto, Autobahn, Handling and Top Speed.

The rein in the colossal power, the Chiron is equipped with 420mm front and 400mm rear carbon-ceramic discs clamped by eight-pot and six-pot calipers, respectively. They enable the mighty Chiron to pull up from 100 to 0km/h in a claimed 31.3m, 200 to 0km/h in 125m and 300 to 0km/h in 275m – eclipsing those of its predecessor. 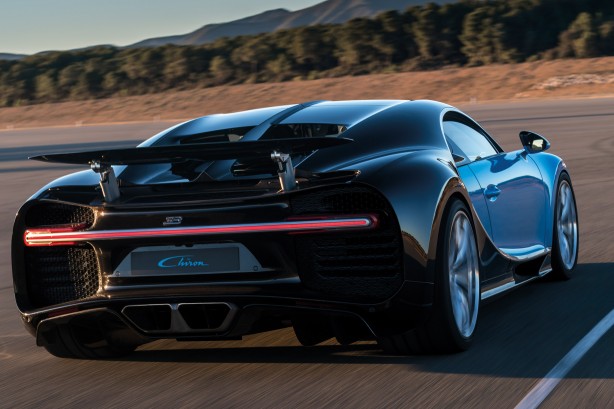 Outside, the Chiron is recognizably related to the Veyron albeit with tauter surfacing, bolder details and better aerodynamics. Despite a newly developed carbon fibre monocoque structure, Bugatti’s new supercar tips the scale at 1995kg – 155kg heavier than its predecessor. 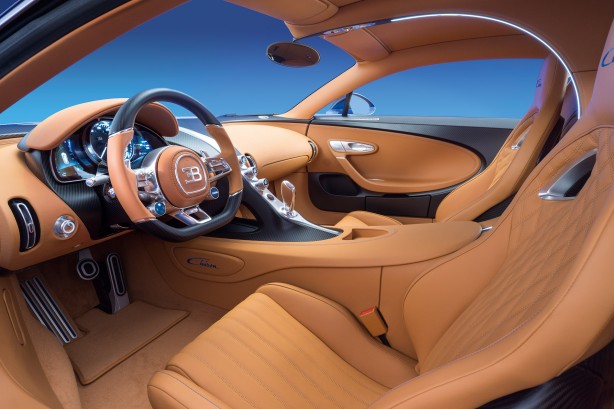 Inside, the increase is width is said to liberate 12mm of extra headroom compared to the Veyron. The interior is upholstered in a combination of leather, carbon fibre and brushed aluminium. In a first for a production vehicle, its passenger airbag deploys through carbon fibre.

Deliveries of the new Chiron will begin in October with each unit priced at a jaw dropping €2.4 million (A$3.55 million). Bugatti only intends to build 500 units of the car and is said to have already received more than 150 orders.