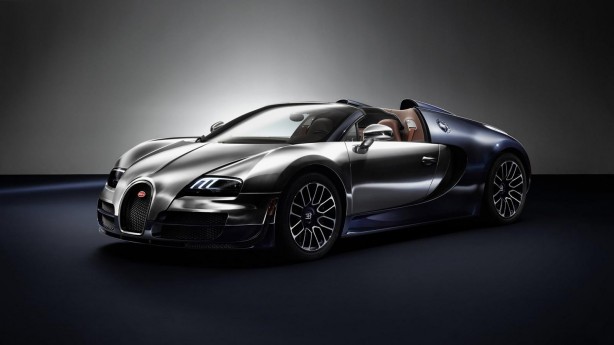 One year ago, Bugatti launched the exclusive model series at the premium motoring event with the first Legend. This year, the crowning conclusion will be held at the same location with the world première of the company’s sixth Legend. It honors Ettore Bugatti, founder and patron of the brand, and is based on the historical model Type 41 Royale.

As with the five previous Legends, only three of the final Legends model will be produced, at a costs of €2.35 million. Bugatti is presenting all six Bugatti Legends together for the first and only time. 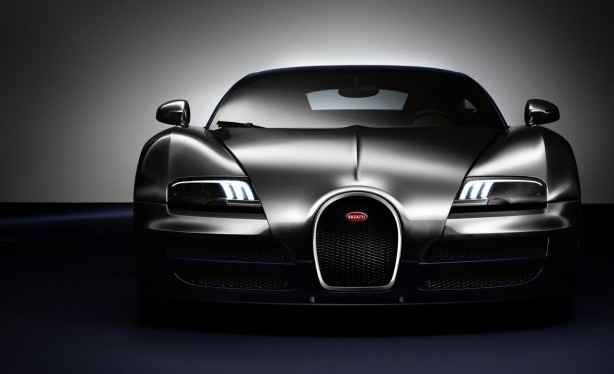 The design of the carbon body of the Legends model “Ettore Bugatti” is based on a 1932 Type 41 Royale with the chassis number 41111 and sports a “yin-yang” color split. The front section is made of hand-polished aluminium and finished with a clear coating. The car’s rear, sill panels and A-pillar trims are finished with dark-blue exposed carbon.

Based on one of the most famous wheel rim designs in automotive history, the polished, diamond-cut wheel rims were specially developed for the bespoke Veyron and color-coordinated with a dark-blue finish. 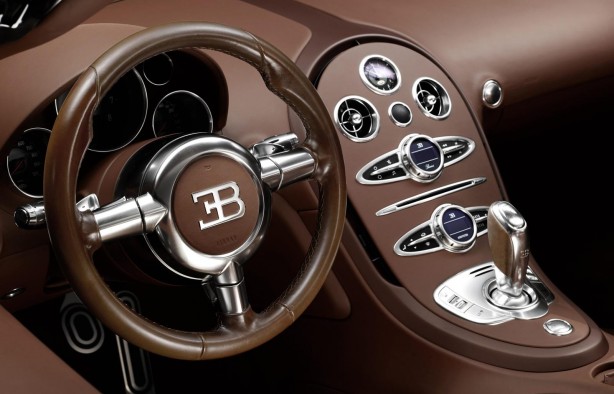 Bugatti is using two types of leather for the first time in the “Ettore Bugatti” Legend. Traditional calf’s leather – here in a natural brown (Brun Cavalier) – is used throughout the cabin. Those parts that are typically touched by hand including the steering wheel rim, gear lever, door handles, centre console armrest and door handle recesses, the switches in the door trims and in the roof module are all jacketed in an exclusive, natural cordovan leather.

Bugatti is using the skilfully created leather – the tanning process alone takes around six months – for the first time for the Veyron’s interior. It is typically used for high-quality shoes and is particularly durable and sure to the touch. 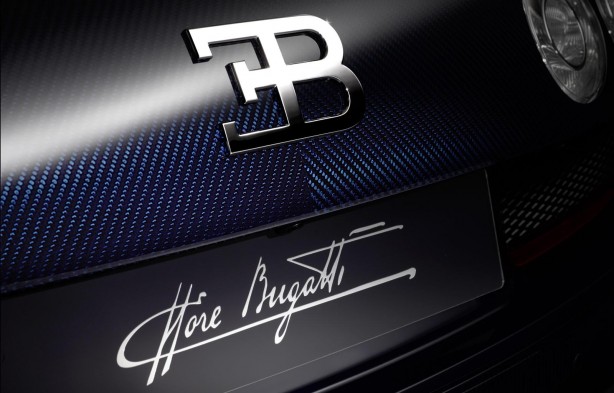 “Ettore Bugatti is our ‘patron’. His demand that an automobile be a perfect harmony of technology and aesthetics still applies to us today,” said Wolfgang Dürheimer, President of Bugatti Automobiles S.A.S.

“Ettore Bugatti always strived for the creation of a total work of art. His ideas and vehicles set the foundation stone for an automobile brand that was lauded then and now as the most valuable in the world. Ettore Bugatti himself is a legend. It was clear from the start that we should dedicate the final Legends model to him personally.”

Ettore Bugatti is one of the most important figures of the automotive world in the 20th century.