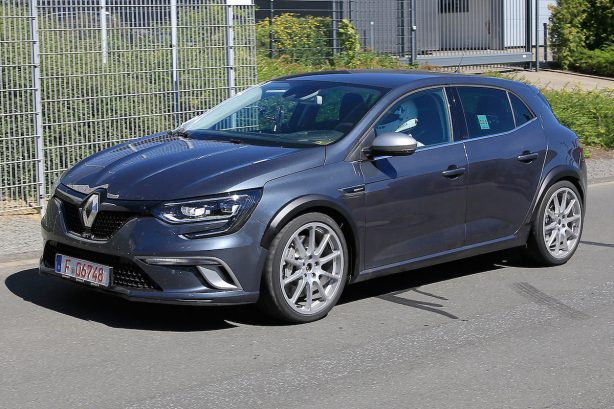 The all-new Renaultsport Megane R.S. has been spotted out in the open and as we all know by now, is a five-door only proposition and likely to arrive some time in 2018.

While the test mule is based on the current Megane GT and doesn’t give much away in terms of design, we can tell the new Megane R.S. will continue to sport its trademark centrally mounted exhaust pipes, due to the bumper cut-out on the prototype. It will also have wider front and rear tracks, as evident from the wheel arch extension. 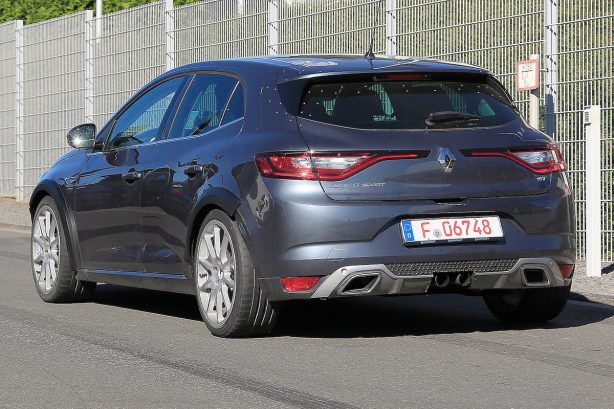 According to Auto Express, a company insider told the publication last year Renaultsport was considering four-wheel drive for the next-generation Megane R.S. to rival the Ford Focus RS, but company boss, Patrice Ratti, has now quashed the rumour, confirming the car will remain front-wheel drive.

He has also hinted that unlike the Clio R.S. which is only available with the brand’s EDC dual-clutch transmission, the Megane R.S. will “probably” get a manual gearbox, along with the EDC.

“The EDC gearbox offers the car up to new markets, like Japan and Australia, but we would prefer to be able to offer the choice of a manual,” said Ratti. 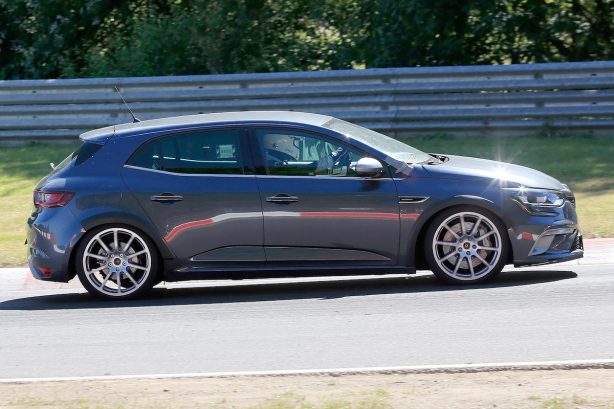 The range-topping Megane is believed to be powered by a new 2.0-litre turbocharged four-cylinder engine developing in excess of 220kW, making it one of the most powerful front-drivers when it launches in 2018.