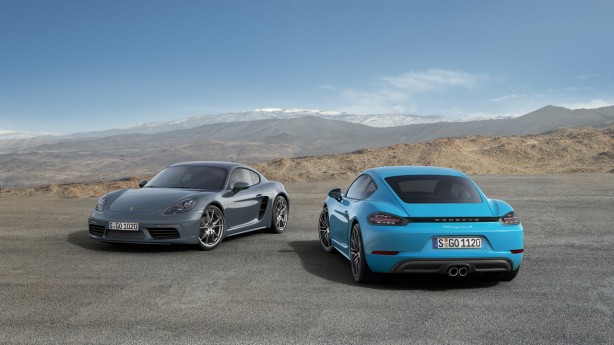 Porsche has officially uncovered the new Cayman coupe at the Beijing Motor Show. The latest 718-series Porsche Cayman not only gets, according to its maker, an all-new body shell, but also a new entry-level model that is more affordable than its soft-top Boxter sibling for the first time.

At launch, the Cayman S will be the range-topper, before relinquishing that position to the more potent Cayman GTS when it arrives next year. Priced from $140,600 plus on-roads, the new Cayman S is an increase of $1600 over the previous model, or $2800 cheaper than the Boxster S.

According to Porsche, the pricing strategy is in place to mimic those of the 911 coupe and cabriolet, where the latter is the more expensive variant. 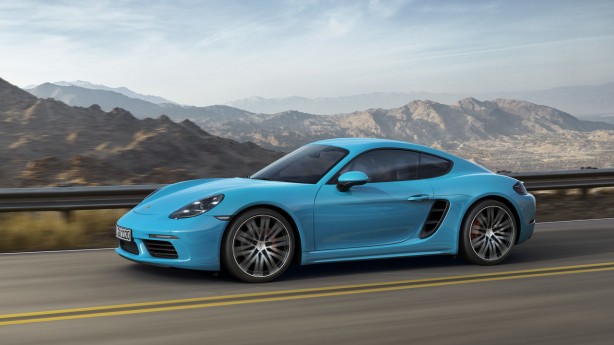 Like the new Boxter range, the Cayman dropped the straight six atmospheric engines for a pair of turbocharged four cylinder petrol powerplants. Propelling the standard Cayman is a 2.0-litre turbo four producing 221kW of power and 380Nm available between 1950rpm and 4500rpm. Despite the smaller capacity, the new engine is 25kW/90Nm more powerful than the old unit.

Both engines are paired with a six-speed manual gearbox as standard, but customers can opt for the quick-shifting seven-speed PDK dual-clutch transmission for $4990 more.

When equipped with the PDK gearbox and optional Sport Chrono Package, the Cayman sprints from 0 to 100km/h in 4.7 seconds before hitting a top speed of 275km/h. The similarly equipped Cayman S accomplishes the same feat in 4.2 seconds before maxing out at 285km/h. 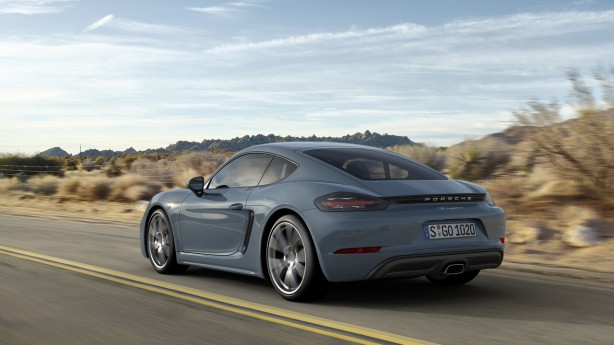 The down-sized engines yield improved fuel economy, with the Cayman sipping between 6.9L and 7.4L/100km depending on transmission, about a litre per 100km thriftier than the outgoing model.

The Cayman S consumes between 7.3L and 8.1L/100km on the combined cycle, also a drop of about a litre per 100km compared to the old model.

For even tighter handling, Porsche has strengthened the car’s chassis and tweaked everything from the steering and transmission to the suspension and traction control algorithms. The redesigned springs and stabiliser bars are now firmer for added high speed stability and cornering flatness, while the steering response has increased by 10 per cent. The half-inch wider rear wheels and new specification tyres make for “increased lateral force and hence greater cornering stability”.

Braking performance has also improved with larger 330mm discs at the front and 299mm at the rear. The Cayman S goes one step further with thicker 6mm brake discs.

Deliveries for the new 2016 Porsche Cayman and Cayman S are expected to begin late this year, but customers can place orders now at local Porsche dealerships.