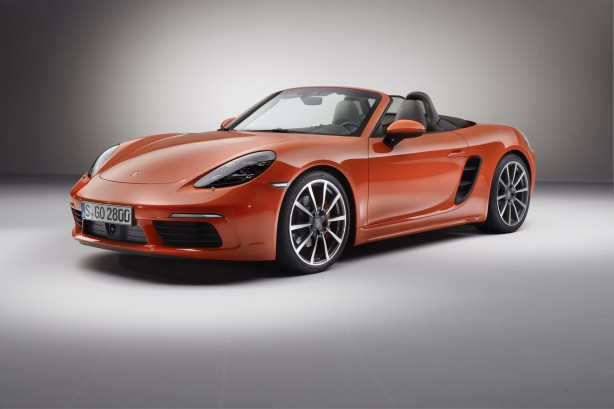 The new Porsche Boxster has officially been revealed today featuring a newly-developed range of flat four cylinder turbo ‘boxer’ engines. At the same time, a new designation is introduced; 718 Boxster and 718 Boxster S.

These new models continue the tradition of the Porsche 718 mid-engined sports cars that won numerous races in the 1950s and 1960s, powered by four-cylinder ‘boxer’ engines. It also sits neatly beside the established sports car icons with numbered identities – 718 Boxster, 911 Carrera, 918 Spyder, 919 Hybrid.

More powerful and efficient, the new 718 Boxster develops 220 kW (300 hp) from its turbocharged 2.0-litre engine. The 718 Boxster S has a 2.5-litre engine, which develops 257 kW (350 hp), the additional power is largely attributed to the newly added turbo with variable geometry. Porsche is now the only manufacturer to offer this technology in production cars with petrol engines.

The exterior design has been revised however it retains the luggage lids, windscreen and powered convertible roof from the previous generation. The front has a wider and more purposeful appearance, with larger cooling air intakes being a distinct expression of the new turbocharged engine beating within. The nose of the 718 Boxster is completed by the new design of the Bi-Xenon headlights with integrated LED daytime running lights. LED headlights with four-point daytime running lights are available as a option. 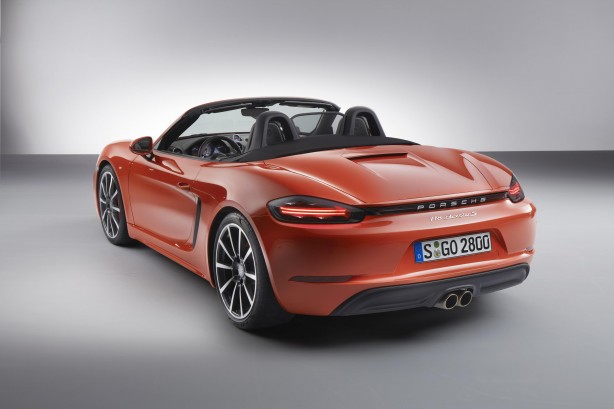 The rear of the 718 Boxster has been redesigned, characterized by a much wider appearance – emphasized by the accent strip with integrated ‘Porsche’ badge between the tail lights. The tail lights were completely re-designed, and are distinguished by three-dimensional LED technology and four-point brake lights. 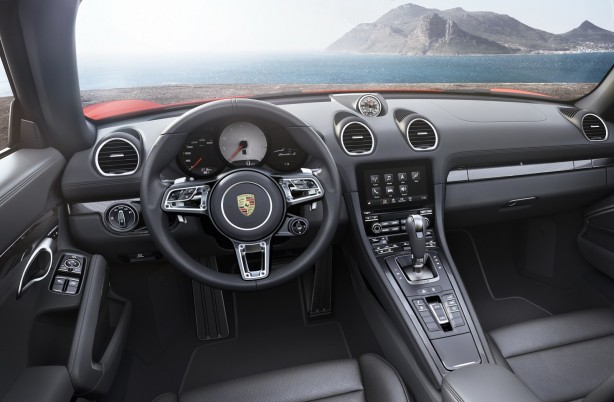 Inside, a newly-designed dash panel frames the cockpit. Upgraded with new instrument panel elements. Another central feature of the new interior is Porsche Communication Management (PCM) with mobile phone preparation, audio interfaces and the Sound Package Plus with 110 watts of audio power. PCM can be extended with optional modules to thoroughly adapt it to personal requirements. For instance, the navigation module including voice control is available, which makes it easy to input driving destinations. In addition, the Connect Plus module is available as an extension of the navigation module; it provides online navigation services and enhanced online audio features. With Porsche Vehicle Tracking System Plus (PVTS+) as standard, the 718 Boxster offers the highest class of vehicle security.