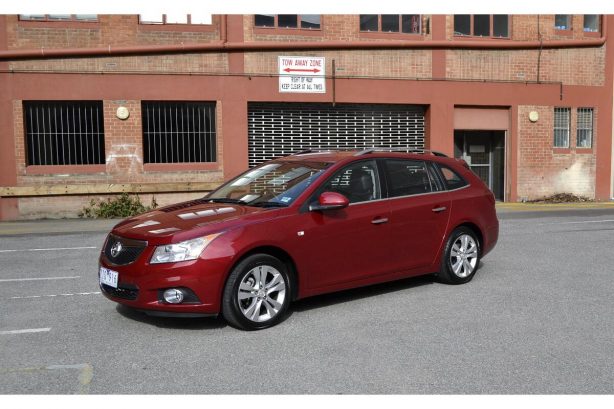 The small car segment is arguably one of the most hotly contested markets in the car industry and not without good reasons. With almost every major car maker in the game, some offering models starting at just below the $20k mark, buyers are spoilt for choice. The expectations are high and although price is still a big deciding factor, buyers now expect a lot more. Cars in this price range must haul adults, kids, friends, return respectable fuel economy, impress with their looks inside and out and keep its passengers happy with cool features.

So here is one of them. The 2013 Holden Cruze, available in sedan, hatch or sportwagon form to try and suit everyone’s needs. The Cruze has been around since 2009 but has seen numerous updates ever since its launch. And this latest one has been given extensive local input, particularly in ride and handling, to further to suit local conditions.

In this review we are testing the CD and CDX models equipped with a 2.0-litre turbo diesel and a 1.8-litre petrol respectively. 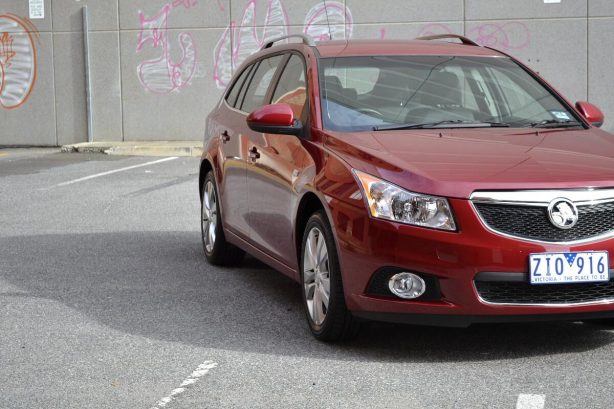 The Cruze’s design isn’t going to win any contest but unlike other cars in this range that are trying a bit too hard to look the part, the Cruze’s styling is straightforward, confident and non-pretentious. With a muscular front, bold shoulder lines that stretch down the sides and a high back, its looks grew on us after a week behind the wheel.

Inside, the cabin is modern and functional, with an appealing dashboard. The instruments are easy to read and all buttons and switches are ergonomically laid out.

The seats have plenty of support but the back cushions, especially the head rests on the front seats, seem a little too hard for our liking. The rear seats can accomodate two adults and a child, but legroom can be tight for tall passengers.

Boot space is good with 413, 445 and 686-litres respectively for the hatch, sedan and sportwagon. The rear seats can also be folded down to reveal more space if needed.

The 2.0-litre turbo diesel produces 120kW of power and 360Nm of torque while the 1.8-litre petrol is rated at 104kW and 175Nm. Of the two, pick neither. If you can dig deeper, go for the 1.6-litre turbo in the SRi or SRi-V (not available in Sportwagon). Why? Because the diesel lacks refinement (even in diesel engine standard) and the petrol is coarse and feels weak. But if you really have to choose between the two, then the diesel is the better pick. It has good torque and offers much better drivability. 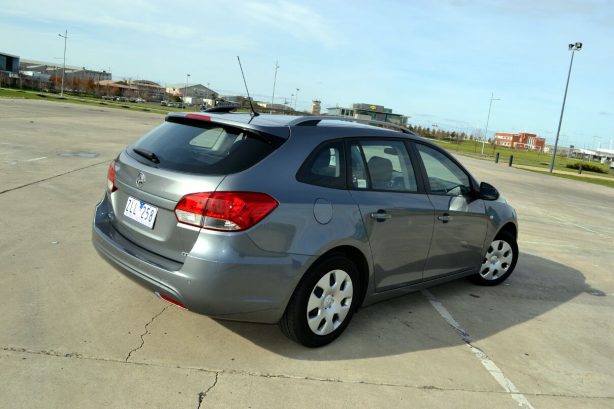 In terms of ride and handling, Holden engineers have done a commendable job in fine tuning the Cruze to cater for the taste of local buyers. Around town the ride is supple and on B-roads with their comfort biased suspension, handling is on the plus side of average. It remains relatively composed around the bends with good grip from the tyres. However, in the MY13 model the steering feels vague and overly light, especially at high speed. This has since been improved in the MY14 model.

On the freeway, the Cruze is a comfortable cruiser. At constant revs both the diesel and petrol engines settle down to a quiet hum. Road noise is also well dampened.

Perhaps the weakest link in the Cruze CD and CDX is the automatic gearbox. It feels jerky, especially when rolling to a stop, and lacks the crispness one would expect from a modern automatic transmission.

The Cruze’s overall interior fit and finish is good. Panel gaps are minuscule and well aligned with no noticeable rattles or squeaks around the cabin. The vehicle also feels solidly built and the doors shut with a reassuring thud. Interestingly, the Adelaide-built sedan and hatch seem to have a slightly better built quality over the Korean-built Sportwagon.

However, the Cruze’s cabin is let down by extensive use of hard plastics. 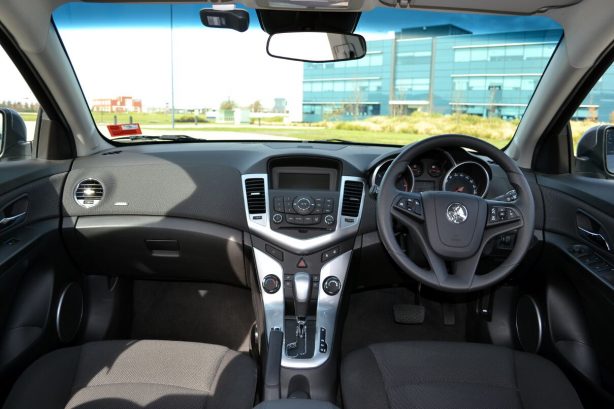 Our week spent with the Cruze returned an average of 7.3L/100km for the diesel, and 9.6L/100km for the petrol, with equal split of urban and freeway driving. Not bad for the diesel but the petrol is way off the advertised figure of 7.4L/100km due to the constant need to pile on the revs. This makes the diesel a wiser choice when it comes to fuel economy.

On the safety front, the Cruze is equipped with 6 airbags, electronic stability control with anti-lock braking system and traction control. Rear parking sensors are also standard.

The 2013 Holden Cruze is a major improvement in terms of ride and handling as well as equipment levels. Starting at just $19,490 (excl. on roads) for the Equipe 1.8 Petrol manual, the Cruze also represents good value.

However, the 2.0-litre turbo diesel lacks refinement and the 1.8-litre petrol is weak. This is further hampered by the twitchy automatic gearbox in the CD/CDX/Equipe model. So, the 1.6-litre turbo, which we will have a review soon, is the pick of the bunch here.

Previous Mercedes-Benz SLS AMG Roadster ‘Borasca’ by Inden Design
Next Could this be the new Lamborghini Gallardo?