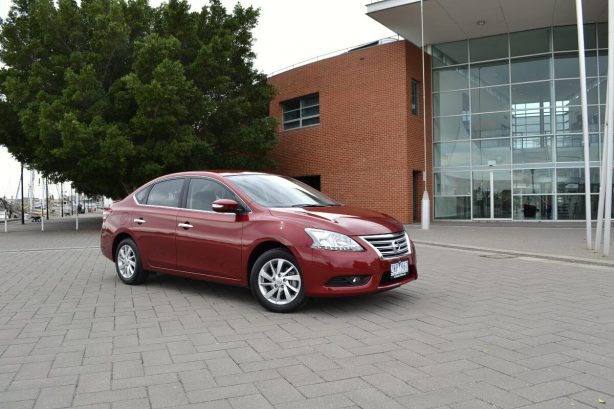 The Nissan Pulsar is back, and it couldn’t have arrived soon enough.

After seven years of spiralling sales with the unloved Nissan Tiida, the Japanese manufacturer has high hopes and even higher expectations from the reinvigorated small car that used to be one of the best selling cars in the country.

However, the automotive landscape in Australia has since changed dramatically. In 2006 when the last Pulsar was sold here, the number one selling car was still the Holden Commodore. Today, two of the top three selling models are small cars – the Mazda 3 and the Toyota Corolla.

Can the new Pulsar scale the sales chart and find its way back into the hearts of small car loving Australia?

Nissan’s mainstream vehicles aren’t known for their ground breaking designs and the new Nissan Pulsar continues that trend. It carries the manufacturer’s bold new trapezoidal grille and large wraparound headlights with LED strip lighting, giving it a modern and somewhat elegant look. Compared to the Tiida it replaces, the Pulsar’s design is, thankfully, more masculine and better proportioned. 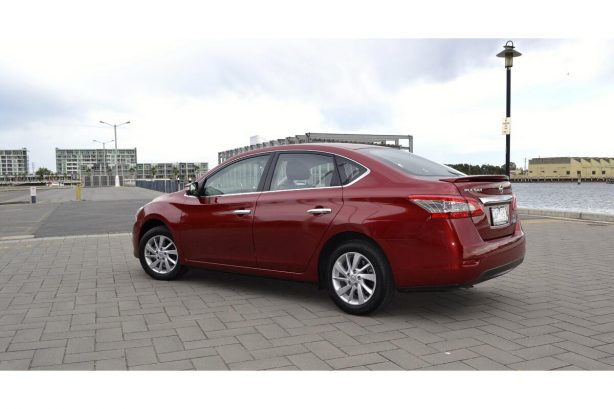 Underneath the modestly styled exterior lies a deceptively vast cabin. The nicely supportive seats are covered in beautifully soft, high grade materials that are missing in rivals at this price point. Soft touch plastics are also employed for the dashboard, door and centre armrests.

The Pulsar’s instruments are both classy and easy to read, with all principal information presented on a white-on-black multi-information display screen in front of the driver. 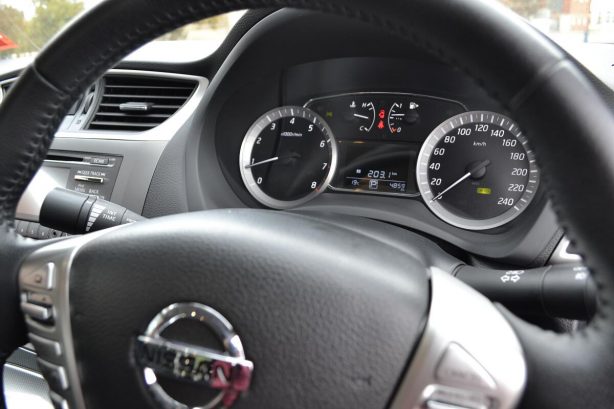 Rear seat accommodation is commendably large too, with roomy accommodations for two people. Similarly, the car’s spacious interior extends to its considerable boot. At 510 litres, it is larger than most of its competitors and comes with a full size spare wheel.

Although lacking a rear view camera (standard only on the Ti), the Pulsar’s all round visibility cannot be faulted. What impresses most is the Pulsar’s refinement. The cabin is quiet like an examination hall, with hardly any road or engine noise (to a certain degree, will come back to this later) intrusion, making it a comfortable and relaxing cruiser. 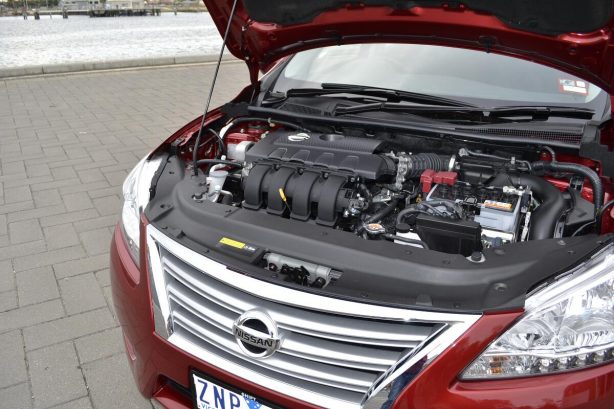 There are three models within the new Pulsar’s line-up – ST, ST-L and Ti, all powered by the same 1.8-litre four-cylinder petrol engine. With just 96kW @ 6,000 rpm and 174Nm @ 4,800 rpm, it is one of the least powerful cars in its class. While it rarely presents itself as an issue in daily driving, under load, the car can become rowdy, especially when paired with the CVT (Continuously Variable Transmission), as in the test car.

Whilst the CVT is largely responsible for the Pulsar’s notable refinement (the engine ticks over at just 1,600 rpm at highway cruising speed), it is languid in response to throttle input and never felt quick or intuitive. 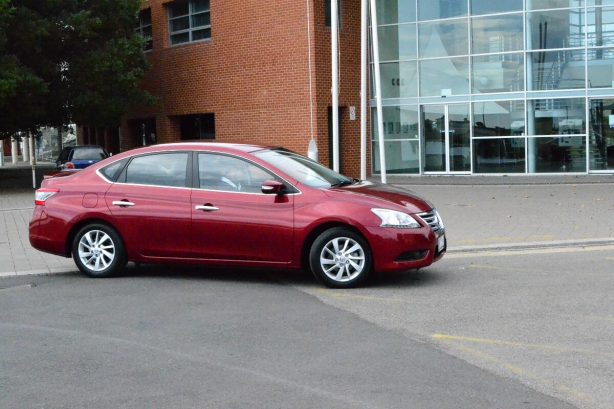 And whatever you do, we advise against putting the auto transmission into Sport mode as it would ruin the serenity in the cabin – as revs are kept at 3,000rpm, while not rewarding you with any significant urge or drivability. What you get is a constant drone from the engine.

The Pulsar’s suspension and steering also conspire to work against the car’s handling. While the soft suspension soaks up ruts and bumps admirably, it comes at the cost of handling. There is a reasonable amount of cornering grip but the car never felt sure-footed. It doesn’t take much to unsettle the car, especially after an evasive manoeuvre.

Together with a numb steering that, albeit light at parking speeds, does not progressively firm up with speed. The Pulsar’s handling can only be described as uninspiring.

Nissan’s small sedan feels solid. Everything you feel and touch seems to have been designed to last for a hundred years. Panel gaps are also above class standards. 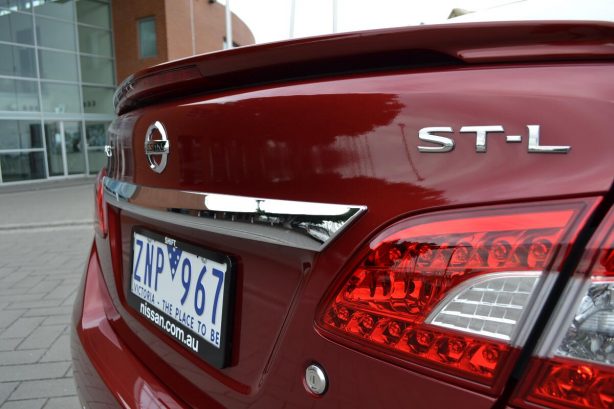 Our week spent with the Pulsar ST-L CVT returned an average of 8.1L/100km of 91RON unleaded petrol. Admittedly, we have been brutal with the throttle and the car spent 70 percent of its time in city stop/start traffic.

The new Pulsar is also covered by Nissan’s capped price servicing for the first 6 years or 120,000km, although the manufacturer requires the car to be serviced every 6 months or 10,000km, instead of 12 months or 15,000km for most of its competitors. 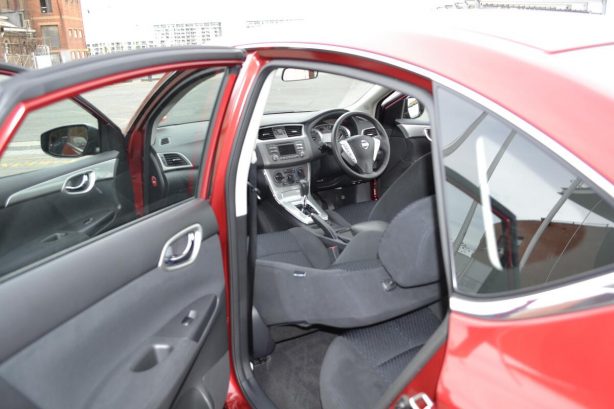 The mid-spec ST-L that we had on loan comes with a decent amount of amenities as standard. There is front fog lights, rear spoiler, LED accent lights and taillights, 16-inch alloy wheels, cruise control, Bluetooth (although it isn’t the most intuitive system to pair) and USB/iPod connectivity, a colour 4.3” infotainment display, sunglass holder and trip computer to name a few.

As is the norm these days, the Pulsar gets 6-airbags (front, side and curtain), Vehicle Dynamic Control with Traction Control, ABS with Electronic Brake Force Distribution and Brake Assist.

The 2013 Nissan Pulsar re-enters the ring with class competitive equipment and brilliant built quality. However, the goal-post has since moved, with most rivals such as the Toyota Corolla, Mazda3 and even the Hyundai i30 offering fully equipped and well-built small cars with superior handling.

For the Pulsar’s target audience, its ho-hum handling and mediocre dynamics are unlikely to be deal-breakers. Nonetheless, we fear Nissan’s expectation on the Pulsar to scale the sales chart it once dominated may be under threat.