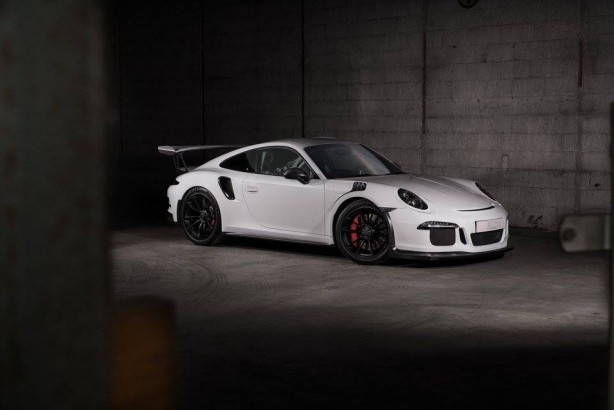 The Porsche 911 GT3 RS is by no means heavy, in fact, it’s a genuine, no-nonsense lightweight track car. But that doesn’t stop TechArt from shaving a few more kilos off the supercar.

Called the ‘Carbon Line’ package, the new mods are a step up from the tuner’s previous Carbon Sport Package which was introduced to any 911 (991) model, including the base-spec Carrera, Targa, GTS or Turbo and Turbo S.

For the most hardcore 911 in the range, TechArt is keeping things discrete. Building on the GT3 RS’ obsession with lightweight components, TechArt has fitted it with new carbon fibre bits that include front lip spoiler, side skirts, rear skirt, air intakes, wheel arch vents, side air scoops, wing mirrors and an upsized rear wing. 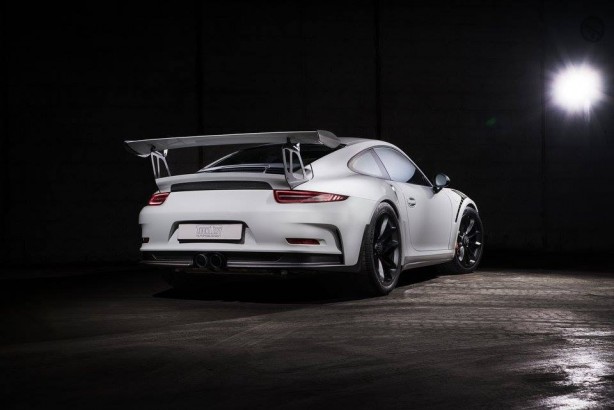 Launched last year, the highly acclaimed Porsche 911 GT3 RS is powered by a 4.0-litre six-cylinder engine with 368kW (500 hp) of power and 460Nm of torque, combined with a specially developed PDK transmission.

The engine, which has the largest displacement and most power of any naturally-aspirated power unit with direct fuel injection in the 911 family, accelerates the high-performance sports car from 0 to 100km/h in 3.3 seconds and on to 200 km/h in 10.9 seconds.