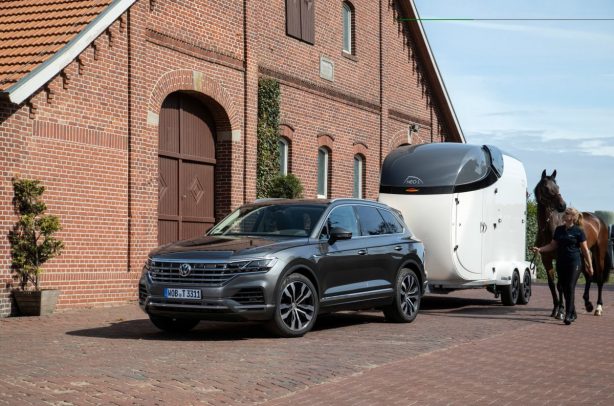 The most powerful Volkswagen Touareg is confirmed for Australia in the 4th quarter of this year, packing a 4.0-litre twin-turbo diesel engine with 310kW and an impressive 900Nm of torque.

Connected to an 8-speed automatic transmission and constantly adjusting all-wheel drive system, the Touareg V8 TDI R-Line is capable of rushing to 100km/h from a standstill in 4.9 seconds – just 0.1 seconds behind the high-performance Golf R. Combined fuel consumption is rated at 7.4L/100km.

The Touareg’s V8 engine is closely related to those found under the Bentley Bentayga, Porsche Cayenne and Audi Q7, with Volkswagen dropping the electric compressor for two sequential turbochargers and adding cylinder-deactivation to the unit. 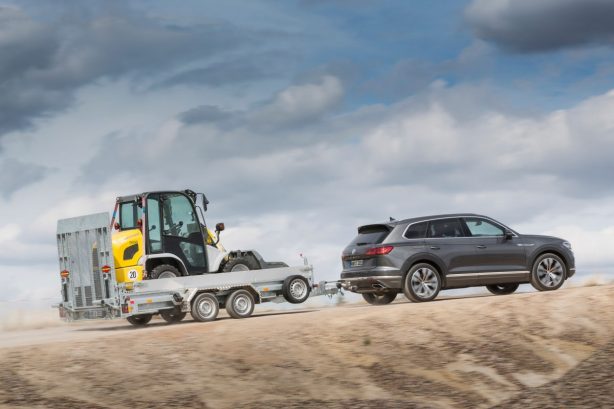 According to Volkswagen, the twin-turbo V8 diesel slides the camshaft to close one of the exhaust valves at up to 2200 rpm, so all of the gases are directed at one propeller wheel. This assistance results in spinning up the variable-geometry turbocharger and providing full power with “exceptional” smoothness and rapidity as it revs to 5000rpm.

The Touareg V8 will arrive in fully equipped R-Line specification, with only a panoramic glass sunroof and metallic paint as options.

While the price will be confirmed closer to launch, Volkswagen Group Australia Managing Director Michael Bartsch said that the Touareg V8’s sticker will reflect the value equation well established by the new generation Touareg V6s. 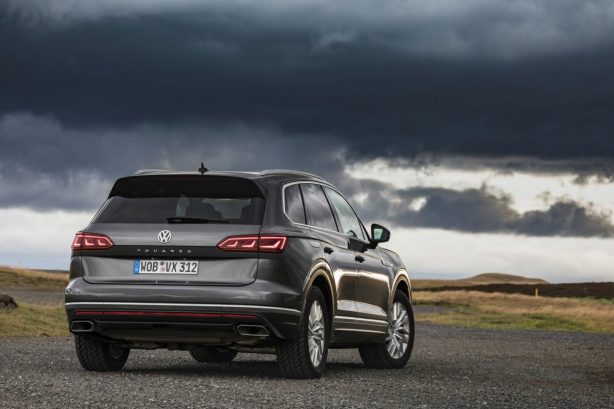 “Even fully loaded, the Touareg V8 will undercut the starting price of its rivals to be the best value proposition in the premium large SUV segment,” Mr Bartsch said.

“Luxury SUV performance of the Touareg V8’s calibre won’t be found elsewhere for less than $160,000. Nothing will approach the value of the Toaureg’s standard equipment for very much under $180,000 at the most competitive.

“Volkswagen Group Australia was the first European national sales company to establish five-year unlimited kilometre factory warranty for all its brands, which is still not universal among our rivals. This warranty remains permanently available in all new Volkswagens along with optional Care Plans that reduce the cost of ownership further below Touareg V8’s obvious rivals.”

Unlike the V6 variants, the Touareg V8 will be a limited run model, much like the 2007 Touareg V10.