2019 Volkswagen Touareg bows in – most advanced VW yet 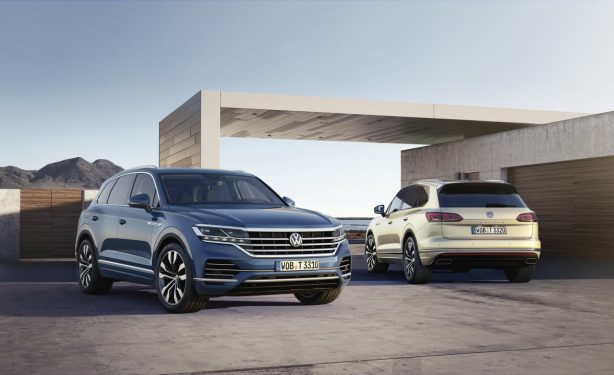 After a prolonged teaser campaign, the most technologically advanced Volkswagen Touareg has bowed in, replete with a 15-inch touchscreen.

Volkswagen has pushed the 2019 model even further upmarket, nipping at the heels of premium SUVs. Based on Volkswagen Group’s MLB Evo platform which already serves the Audi Q7, Porsche Cayenne and upcoming Lamborghini Urus, the new Touareg has grown in almost all directions compared to its predecessor. 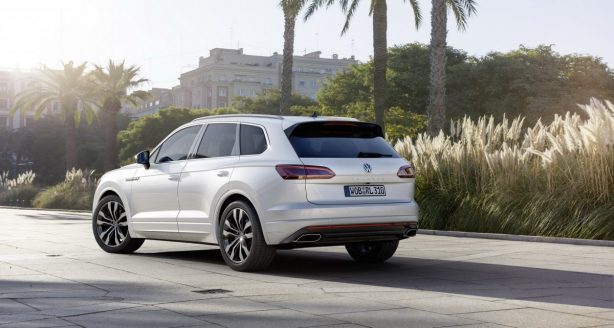 Despite the growth spurt, the new Touareg is 104kg lighter than before, thanks to a mix of materials consisting of aluminium (48%) and what VW billed as “high-tech steels” (52%).

The revamped sheet metal brings a new front fascia shared with the Arteon consisting of a pair of matrix-LED headlights that are connected to the bold front grille. According to VW, there are no fewer than 128 LEDs in each headlight which can be individually activated.

At the back, again in a similar fashion to the Arteon, the model’s name is spelt out prominently on the boot lid, flanked by a pair of LED taillights. 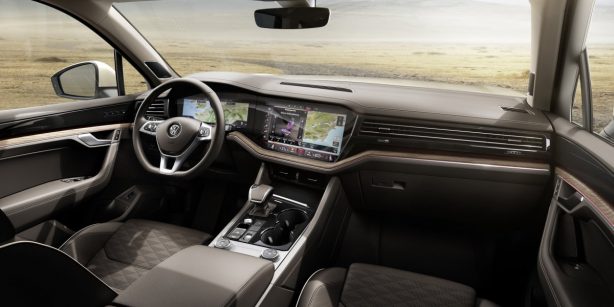 Like most Volkswagen Group products, it’s the Touareg’s all-new interior that scores the most points, with upper-spec variants getting a fully digital 12-inch instrument cluster and an even bigger 15-inch infotainment screen. To accommodate the giant touchscreen which incorporates a vast number of functions, Volkswagen has moved the air vents very low on the centre console.

As the flagship, the Touareg is Volkswagen’s most advanced model, with everything from head-up display, all-wheel steering to a night vision system. Most of the tech will be a cost option, including air suspension with electronic damping control, massaging and ventilated front seats, four-zone climate control, a 730-watt, 14-speakers Dynaudio sound system and the biggest panoramic glass roof in a VW. 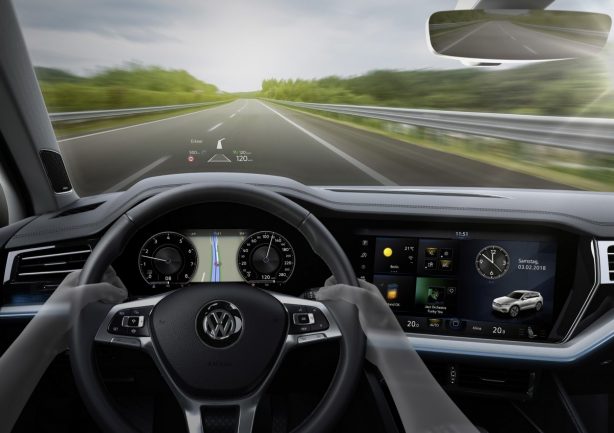 Its engine line up includes a pair of turbocharged 3.0-litre V6 diesel generating 170kW and 210kW, along with a petrol V6 developing 250kW of power and a 4.0-litre V8 diesel churning out 310kW for the R-Line range-topper. Certain markets will also get a frugal plug-in hybrid powertrain developing 270kW of power.