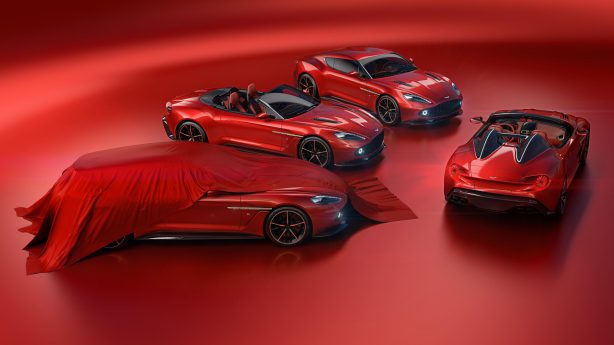 Of the remaining two models, all 28 Vanquish Zagato Speedster have also been spoken for with deliveries scheduled for 2018, while the Shooting Brake will enter production in the same year.

All four cars are based on the Vanquish S employing a 441kW naturally-aspirated V12 paired with a Touchtronic III transmission. All are equipped with adaptive damping tuned for each model that promises “exceptional driving pleasure”.

Of the four models, the Speedster and Shooting Brake are the two most extreme in the family. The Speedster with its bold Speed Humps that rise up to form streamlined cowls that flow black from the seats, presents Zagato’s signature ‘double-bubble’ roof. 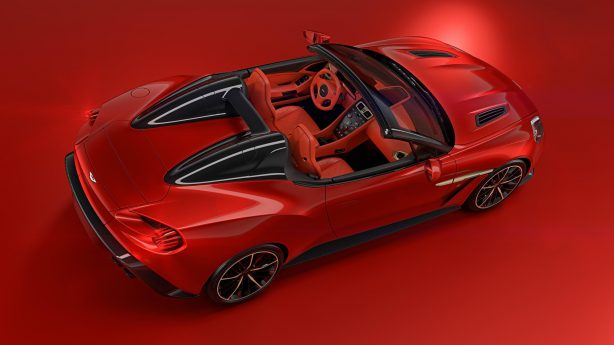 Like the rest of the Vanquish Zagato family, all the body panels are made from carbon fibre, while shared details such as the Aston Martin Vulcan-inspired ‘Blade’ taillights and repeated 3D Zagato ‘Z’ motifs in the front grille and rear vent meshes create an family connection.

The Shooting Brake is still a strict two-seater, with the extended roof designed to resemble Zagato’s ‘double-bubble’ surfacing and is made of glass inlays to let light into the cockpit. Inside, the interior features dramatic herringbone carbon fibre facia with anodized bronze rotary controls, extensive ‘Z’ motif quilting and optional fully aniline leather upholstery. Its powered tailgate opens onto a luxuriously trimmed rear cabin area, complete with a tailored luggage set.