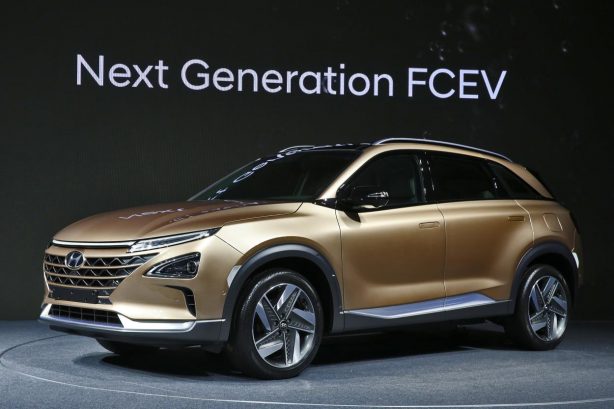 Hyundai has provided an early glimpse of the future of motoring with its next-generation fuel cell vehicle. The as yet unnamed, near production ready model is set for an official launch early next year.

The new model’s maximum output is enhanced by 20% compared to its predecessor, boasting 119kW (163PS) of power, while efficiency level has increase by 9% to 60%. 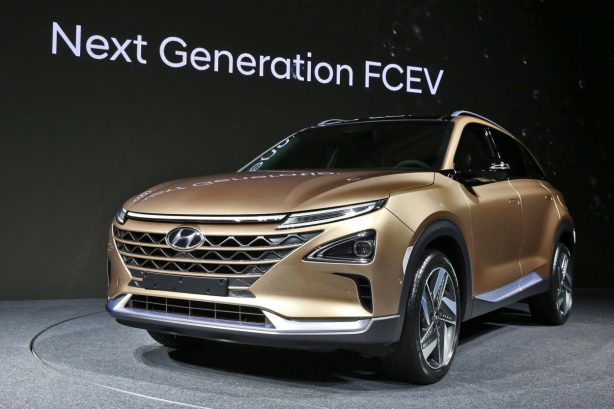 According to Hyundai, the challenges of starting fuel cell vehicles in temperatures below freezing point have been overcome. The vehicle’s optimised architecture allows it to be started at -30 degrees C (22 degrees F). Hyundai did not reveal what the range of the vehicle is except that it has “extensive hydrogen-powered range”.

The car’s futuristic design inherits design features from the FE Concept, which was introduced at the 2017 Geneva Auto Show and takes on “an organic and flowing form, inspired by nature – namely water”. 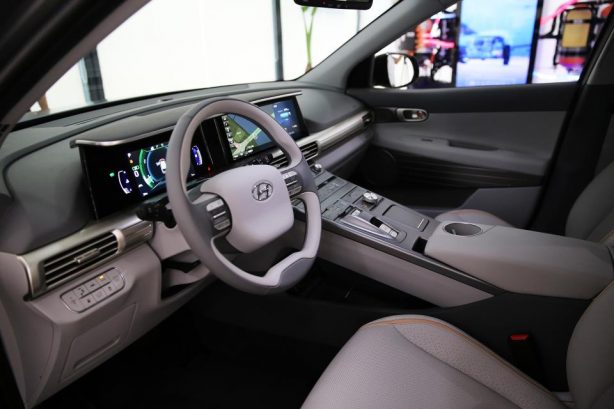 It features flushed door handles, while the air curtain – in conjunction with the air tunnel inside the D-pillar – maximizes aerodynamic efficiency and a specialized two-piece construction optimizes low drag airflow.

Inside, the dashboard features a fully digital instruments cluster along with a large infotainment screen.

Hyundai has also outlined its electric vehicle development will take place in multiple phases, including the launch of an EV version of the Kona compact SUV with a range of 390km in the first half of 2018, a Genesis EV model in 2021 and a long-range EV with 500km range after 2021.