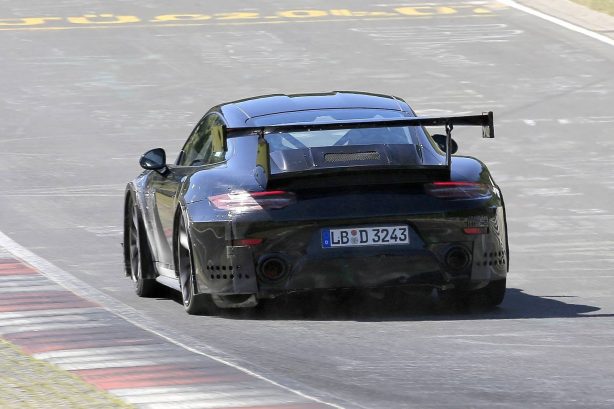 The next-generation Porsche 911 GT2 RS is set to shake up the track-focused sports car arena with at least 485kW of power when it launches next year.

Spotted in action at the Nurburgring circuit, the partially cladded GT2 RS prototype was seen flexing its 3.8-litre turbo boxer engine which it shares with the 911 Turbo S but tweaked to produce even more power.

Unlike the Turbo, the GT2 RS drives the rear wheels only through Porsche’s PDK dual clutch transmission, launching the car from 0 to 100km/h in around 3 seconds with a top speed expected in the region of 330km/h. The RS also gets more extreme aero bits including a large rear wing for some serious track work.

For those wanting an even more track-orientated variant, a GT2 RS Clubsport is said to be in the cards, bringing track telematics, fire extinguishers and foam racing seats.

Is this the 2020 Porsche 911 Turbo? Instagram leak claims so 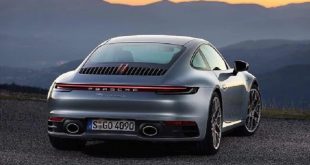