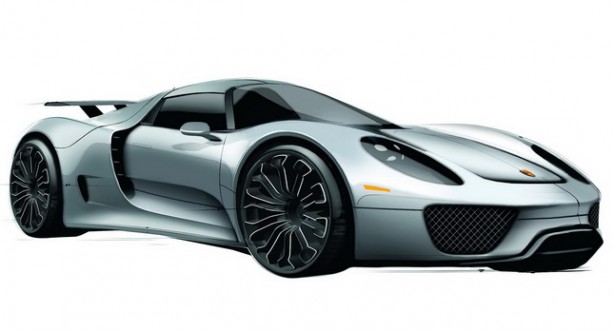 Porsche has given the green light for the gorgeous 918 Spyder Hybrid hypercar! Only 918 will be made at Porsche’s flagship plant in Stuttgart, Germany. Production is set to begin on 18 September 2013, with the first batch of cars scheduled for delivery two months later.

When it hits the road, the 918 Spyder will not only be fast, sprinting from 0-100 km/h in 3.2 seconds before reaching a top speed of 320km/h, it will also be ultra frugal for a supercar! Fuel consumption is estimated to be 3.0l/100km, which will put even some small cars to shame. 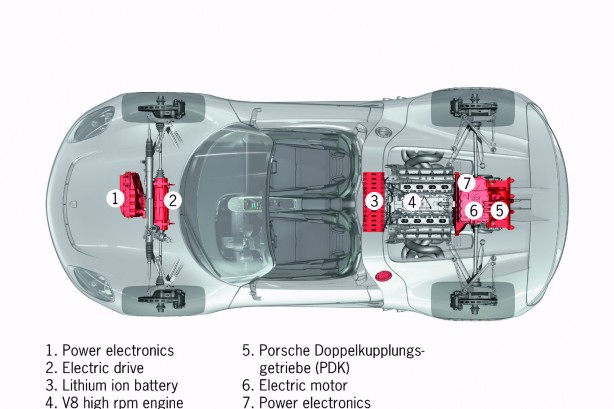 At the heart of the plug-in hybrid drivetrain is a high-revving V8 petrol engine displacing more than 4-litres with an output of more than 373kW. This engine is based on the racing unit found on the RS Spyder. Additionally, there are two electric motors – one each on each axle – with a joint output of at least 163kW. The V8 engine transfers its power to the rear wheels via a 7-speed twin-clutch PDK transmission.

The electric motors are fed via a liquid-cooled lithium-ion battery that can be charged from a conventional domestic power socket, delivering a range in excess of 25 km on purely electric power at speeds of up to 150km/h. This is unheard of in today’s conventional hybrid cars. Charging times will vary between countries but will take approximately 3 hours in Germany.

In keeping with the 918 Spyder’s eco-friendly approach, weight will be kept to a minimum. Unlike the Geneva Motor Show concept, the production car will feature a manual roof system with removable panels that stow in the front luggage compartment. It will also be built around a carbon fibre-reinforced plastic monocoque, carried over from the Carrera GT. Magnesium and aluminium will also be used extensively, ensuring the 918 weighs in at less than 1,500kg. 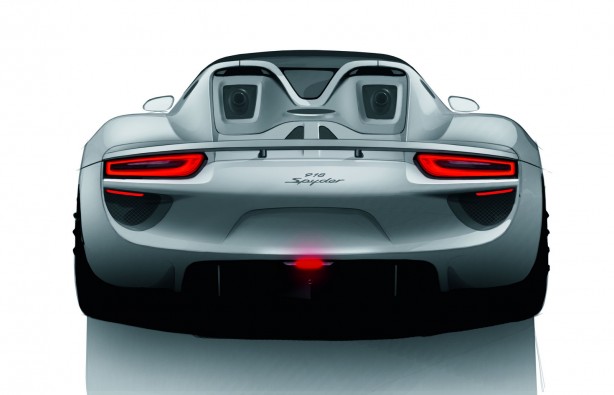 The show car’s side-exit exhausts have been removed. They now emerge from pods behind the headrests. The rear spoiler also extends upwards for better down force at high-speed.

The 918 Spyder will cost €645,000 in Europe, which is nearly three times that of the new Lamborghini Aventador LP 700-4! This is before country specific taxes are added on top.