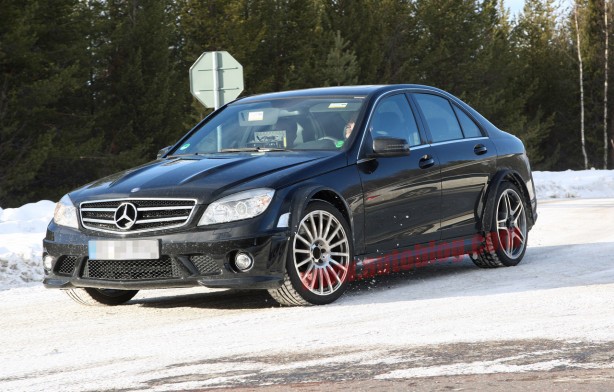 We all know that the current generation C63 AMG is one of the fastest sports sedan money can buy. It comes with supercar level of power, and fun, with its tail happy proposition.

Mercedes is not stopping there either because it will soon be adding the C63 to its Black Series catalogue, as you can see here in these spy shots.

The C63 Black Series will sport flared wheel arches to accommodate wider tracks, both front and rear, as can be seen from this prototype with tacked on extension. There will also be a new front spoiler as well as revised rear diffuser with some F1 inspired design. 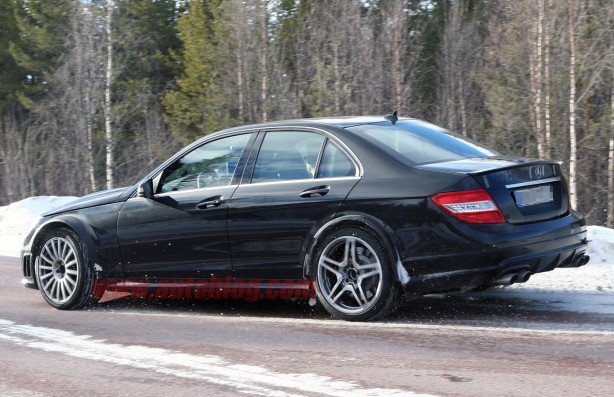 The Stuttgart crew are currently undergoing snow testing in a mule dressed up in a pre-facelift C63.  Expect the production model to come with the updated headlamps and LED daytime running lights. AMG will also be working hard to shave some weight off the Black Series with non-other than carbon-fibre components and possibly reduced/lighter sound deadening materials.

Underneath the bonnet, the car will still be powered by the same 6.2-litre V8 as the normal C63, albeit tuned to produce about 510 hp (380kW) on tap – 29 (22kW) more than the C63. Power will be transferred to the rear wheels via Mercedes-Benz’s 7-speed AMG Speedshift transmission.

It has also been suggested that a C63 AMG Black Series Coupé is in the works, after the sedan’s debut.