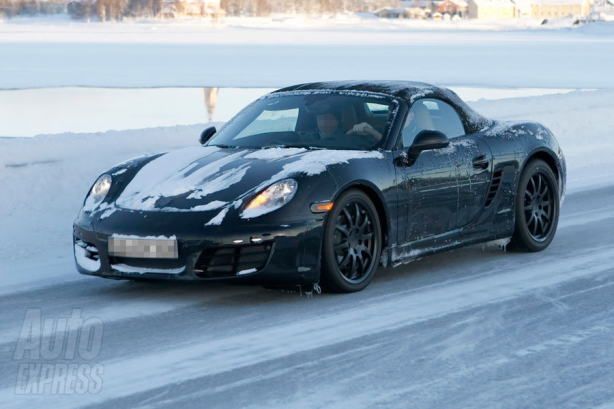 As with the 991 911, the design of the new Boxster is very much an evolution of the current model, albeit with more aggressively contoured bumper at the front, complete with angular air vents and LED day time running lights.

Codenamed 981, the new car is more masculine, with side air vents for the engine slightly smaller and neater. At the rear, it is obvious the car has drawn inspiration from big brother, the Panamera with new LED tail lights. Like the new 911, the wing mirrors have also migrated from the door frame to the door.

The Panamera story continues in the cockpit, where logically laid-out and quality switchgear greets the driver and passenger. The 981 Boxster will also move upmarket when it arrives to make space for a junior contender, shared with Volkswagen. This is reflected in the high-tech features and quality trim materials in the new car, most trickled down from the Panamera and 911. The new car has also grown slightly to give more room for passengers and their luggage.

As expected, the new arrival gets the option of the latest Porsche PASM dampers, and share the front suspension and steering with the next 911 to reign in costs. Despite bigger and better equipped, Porsche has also strive hard to reduce the new car’s weight, amongst others by reducing the size of the disc brakes on the car. 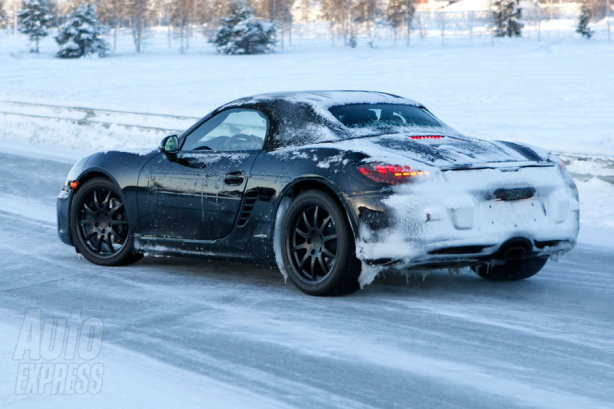 Due to be launched in early 2012, the new generation Boxster will continue to be powered by a similar line-up of engines but tweaked to produce more power and reduce tailpipe emission. Expect the standard car to come with a 2.9-litre flat-six, while the Boxster S will be powered by a direct injection 3.4-litre flat-six. The company is also working on a 2.5-litre turbocharged flat-four which will offer both impressive performance and economy.