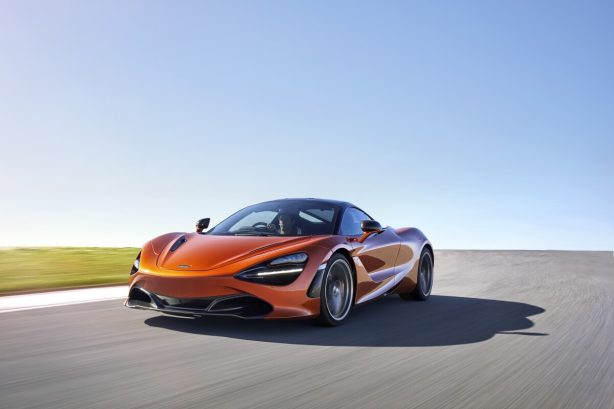 One of the most anticipated supercar to launch this year, the new McLaren 720S makes its global debut today at the Geneva Motor Show, introducing the second-generation of McLaren’s Super Series and pushing the limits of supercar performance to the next level.

As its name suggest, the 720S packs 720 horsepower (537kW) and borders on the performance of the flagship McLaren P1 hypercar. Replacing the 650S, the new 720S is claimed to be lighter, faster and even more dynamically capable with improved interior space.

“Super Series is the core of the McLaren business and personifies the blend of extreme performance, crafted luxury and unparalleled driver involvement that is the McLaren heartland, said Mike Flewitt, Chief Executive Officer, McLaren Automotive. “This is the first time we have replaced a product family and the new 720S is absolutely true to McLaren’s pioneering spirit in being a revolutionary leap forwards, both for our brand and the supercar segment.” 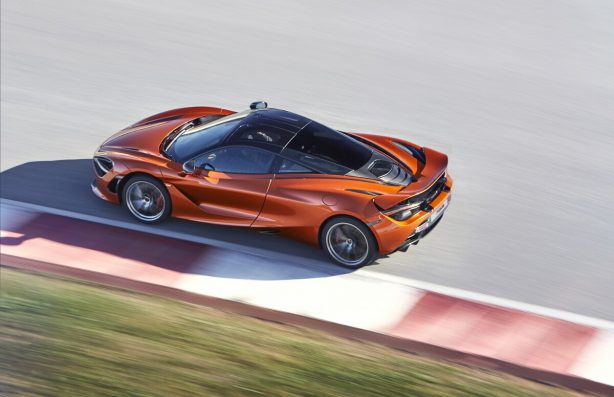 The exterior is a bold reinterpretation of McLaren’s design language and is rooted in aerodynamic principles. One of the key points in the design of the new 720S is the absence of radiator intakes on the side of the car; this function is carried out instead by the unique ‘double-skin’ aerodynamic form of the dihedral doors, which channel air to the high-temperature radiators that cool the mid-mounted engine.

Powering the 720S is the new M480T engine, a twin-turbocharged 4.0-litre V8 which has 41 percent new part content compared to the 3.8-litre engine that continues to feature in the McLaren Sports Series. It generates a maximum of 537kW at a stratospheric 7,500rpm and 770Nm of torque at 5,500rpm. 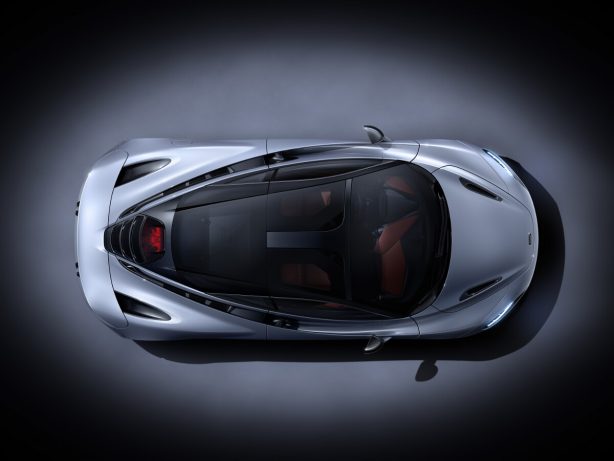 McLaren’s expertise in carbon fibre structures underpins the construction of the new 720S; the architecture of the car is based around a new carbon fibre ‘tub’ and upper structure, the McLaren Monocage II. A range of aluminium alloys are also used extensively in the chassis, as well as for some body panels. 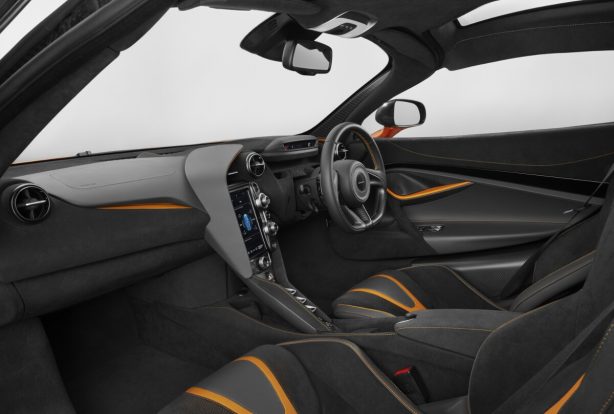 Inside, the 720S debuts a radical Folding Driver Display which comes in two modes – the default ‘Full Display’ mode and a ‘Slim Display’ mode.

In ‘Full Display’ mode, the display simply functions like a conventional digital instrument cluster, where the full-colour TFT-LCD screen displays the usual driving information. There is one display for each of the driving modes (Comfort, Sport or Track) that the driver can cycle through.

In ‘Slim Display’ mode however, the display folds forward to show only essential information in a thinner display strip to reduce distractions and provide a clearer view of the road ahead. This mode is activated via a button or deployed automatically when paired to the car’s active dynamics functionality. 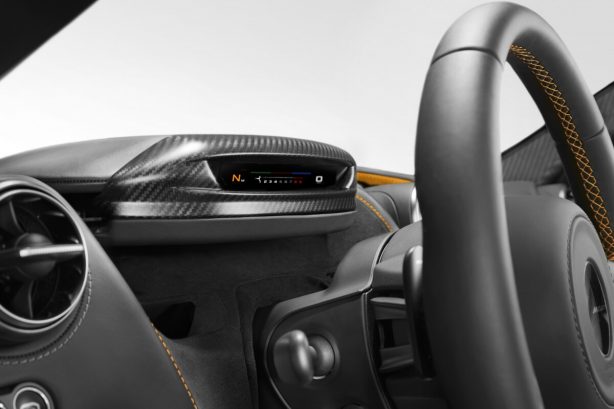 The Folding Driver Display is part of the new model’s McLaren Driver Interface, with an 8-inch vertical touchscreen that controls the audio, media, navigation and other convenience features forming the other.

The new McLaren 720S is now available to order from McLaren retailers, with the first customers scheduled to receive their cars in May. Three grades of specification are offered, with Performance and Luxury trims extending above the standard level, all complemented by a range of option packs.