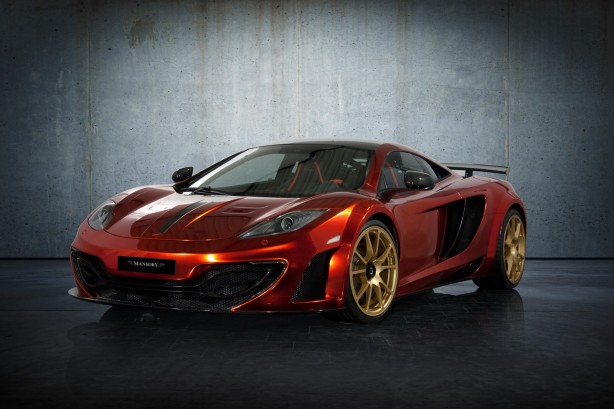 What you see here might be the rarest McLaren MP4-12C on the planet. It’s a Mansory tuned version of the British supercar.

The MP4-12C’s timid design has been buffed up with a new styling kit that includes numerous visual enhancing parts, including a rear wing and spoilers all around. It also rolls on new 20-inch wheels wrapped in 245/30ZR20 tyres at the front and 21-inch alloys shot with jumbo jet sized 305/25ZR21 tyres at the back. 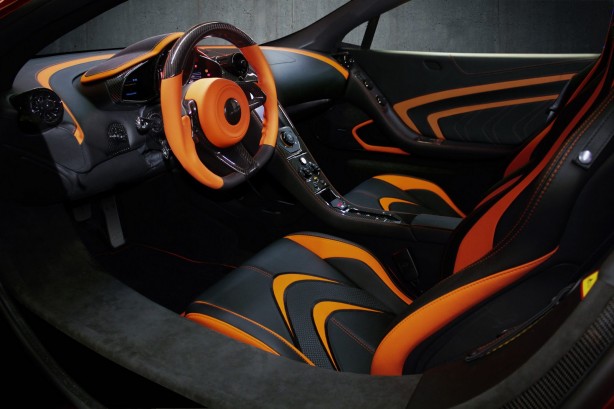 The interior is draped in expensive leather that matches the exterior colour. There are also lashings of carbon fibre trim on the steering wheel, instrument binnacles and centre console.

It’s not just all show and no go either. The MP4-12C’s twin-turbocharged V8 engine is upgraded with a high-performance exhaust system, a new engine-management system and a sports air filter. 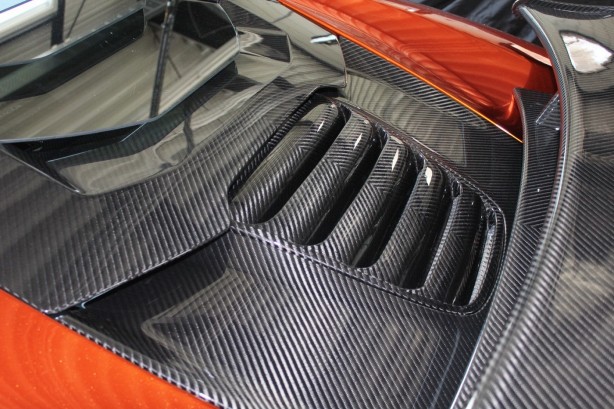 No pricing information is available but as they say, if you have to ask, you probably can’t afford it.