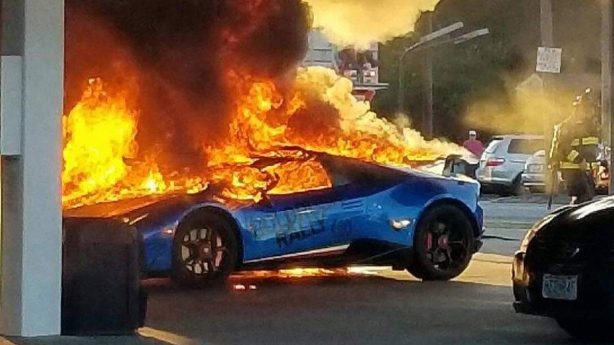 Imagine filling up at a service station and the next thing you know, your car is on fire. That’s exactly what happened to one unlucky owner of a Lamborghini Huracan Performante in the U.S.

The car was one of a pair of Lamborghinis which were on their way home from the Goldrush Rally, a two-week “premiere automotive lifestyle rally” costing around $20,000 per car where entrants drove across the U.S. starting in Boston. 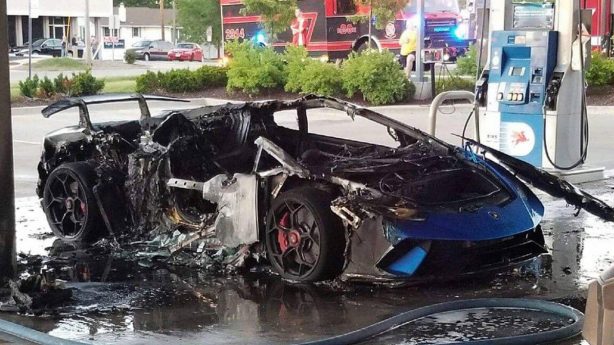 They had stopped at a Mobil1 service station to fill up when another car, said to be a Chrysler MPV and not associated with the rally, drove off with the fuel hose still attached to the car.

As a result, petrol was sprayed over the ill-fated Lamborghini while the owner was inside paying for the fuel. The petrol then quickly caught alight on the car’s hot engine cover, burning the car almost to the ground despite the fire brigade’s swift arrival. 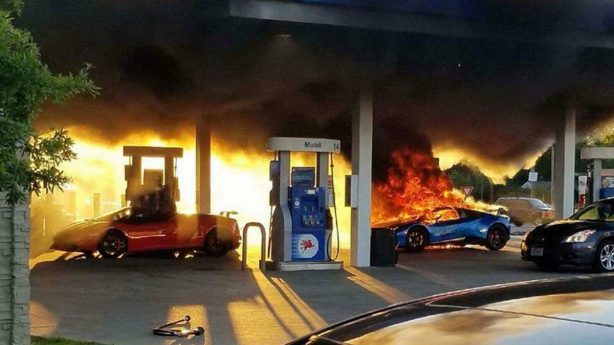 According to reports, the resultant ball of flame rose quickly up the forecourt as people clambered for safety away from the fire.

Luckily, no one was injured in the incident which happened in St Louise.