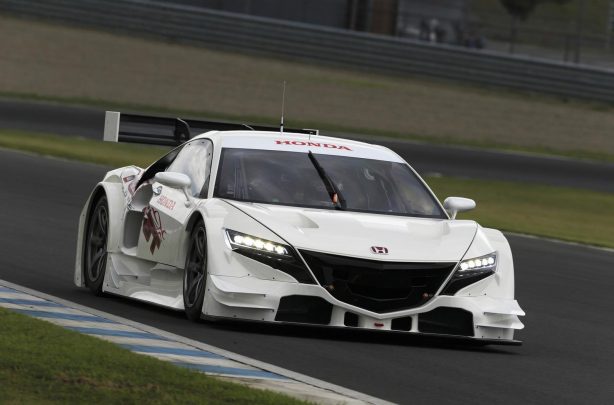 Honda has unveiled its entry for the 2014 Super GT championship, the NSX Concept-GT. Based on the all-new Honda NSX that will see production in 2015, the new machine will enter into the GT500 class of the 2014 Super GT series, racing alongside the Nissan GT-R Nismo GT500 and Lexus LF-CC Super GT, which were also unwrapped this week.

The Honda NSX Concept-GT will make a special track debut this weekend at round 5 of the 2013 Autobacs Super GT at Suzuka Circuit in Japan. 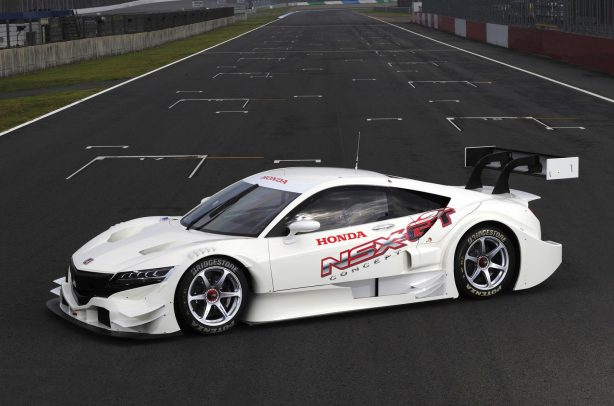 Like its Nissan and Lexus counterpart, the NSX Concept-GT complies with the 2014 regulations on GT500 vehicles set by the Japan Automobile Federation. It was developed based on new standardised technical regulations (except for engine-related regulations) that will see both the DTM (German Touring Car Championship) and Super GT machines sharing common design rules for various components including chassis and aerodynamic setups.

The reason for the common technical regulations, apart from intensifying the battle among SuperGT machines, is to extend America’s Grand-Am road racing participation to both DTM and SuperGT racers in its planned stand alone races next year. 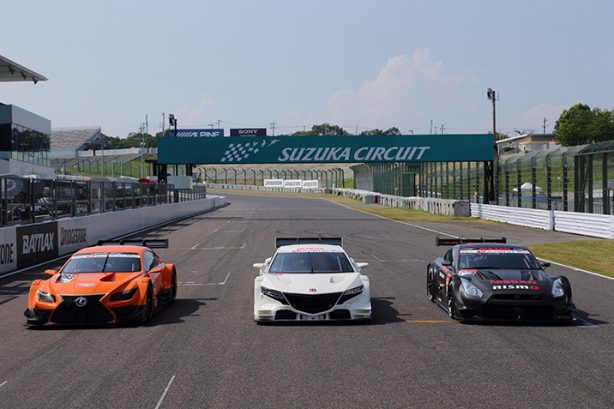 The NSX Concept-GT is powered by a new mid-mounted 2.0-litre direct injection turbocharged four-cylinder engine (dubbed NRE) that is capable of around 410kW (550hp) of power and 700Nm of torque. A hybrid system can also be added to the drivetrain for an extra extra 37kW (50hp).

Prior to the debut of the NSX Concept-GT, Honda last week showcased the running of a prototype NSX at the Mid-Ohio Sports Car Course on August 4, the final day of the Honda Indy 200 at Mid-Ohio.