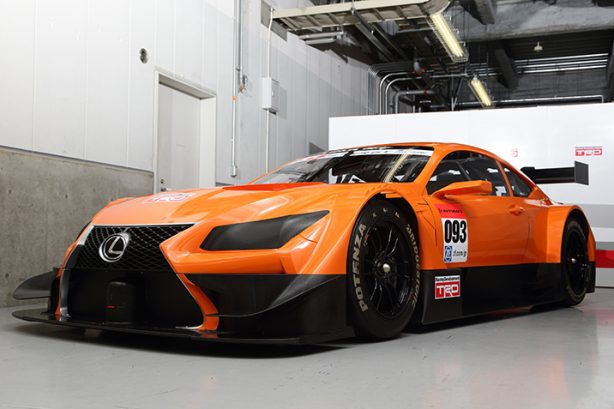 Following the unveiling of the Nissan GT-R Nismo GT500, Lexus has also taken the wraps off its challenger that will race alongside the Nissan GT-R and the Honda NSX Concept-GT in the 2014 Super GT season. Replacing the aging Lexus SC430 for the 2014 championship hunt is the new Lexus LF-CC Super GT race car.

As the name suggests, the new racer is based on the Lexus LF-CC concept, first unveiled at the 2012 Paris Motor Show. Lexus’ decision to race the Lexus LF-CC was partly influenced by Honda’s announcement to field the NSX Concept-GT in the GT500 class. 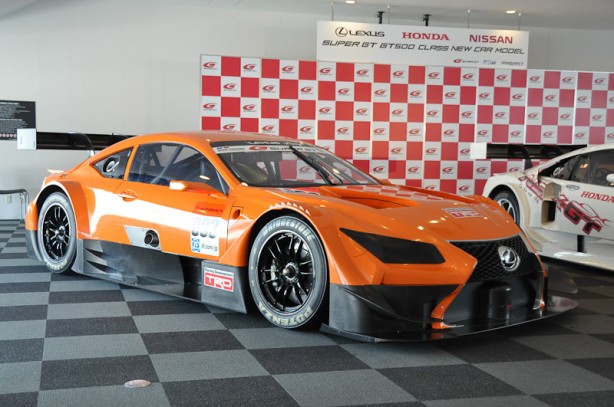 Like the its Nissan and Honda counterpart, the Lexus LF-CC Super GT was developed based on the same new technical regulations (except for engine-related regulations) as the DTM (German Touring Car Championship). The reason for the common technical regulations, apart from intensifying the battle among SuperGT machines, is to extend America’s Grand-Am road racing participation to both DTM and SuperGT racers in its planned stand alone races next year.

All Super GT machines racing in 2014, including the Lexus LF-CC Super GT, will be powered by a new 2.0-litre direct injection turbocharged four-cylinder engine (dubbed NRE) that is capable of around 410kW (550hp) of power and 700Nm of torque. A hybrid system can also be added to the drivetrain for an extra extra 37kW (50hp).