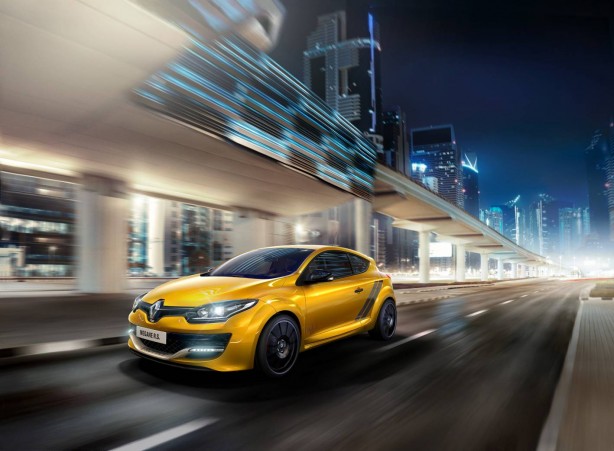 Renault has released details of its latest limited-edition Renaultsport Mégane R.S. 275 Trophy ahead of the car’s official unveiling on June 16. As we reported previously, the latest Mégane R.S. will attempt to snatch the crown back from the Seat Leon Cupra 280 for the fastest production front-wheel drive around the Nürburgring. 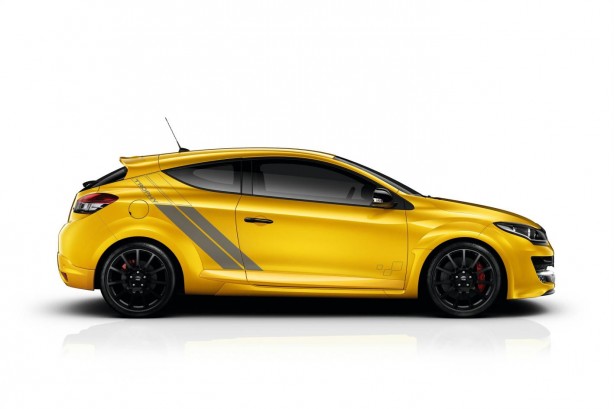 Meanwhile, Öhlins has been chosen to supply the limited-edition Mégane with an optional adjustable Öhlins Road & Track dampers with steel springs. It allows drivers to adjust their damper settings easily and unaided.

Also available as an option are Michelin Pilot Sport Cup 2 tyres that are developed jointly by Michelin and Renault Sport specifically for the R.S. 275 Trophy. 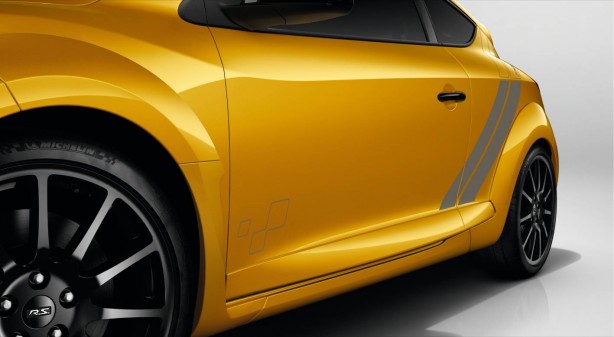 Aesthetically, the limited-edition model sports Trophy branding on the Platine Grey F1-type front blade and the sides of the car. Platine Grey has also been selected for the chequered flag graphic at the bottom of the doors. Number door sill guards provide further evidence of the limited-edition car’s exclusivity. Its carbon exhaust tail pipe is also the work of Akrapovic.

19-inch black Speedline Turini wheels derived from those used by competition versions of the Mégane are available as an option. 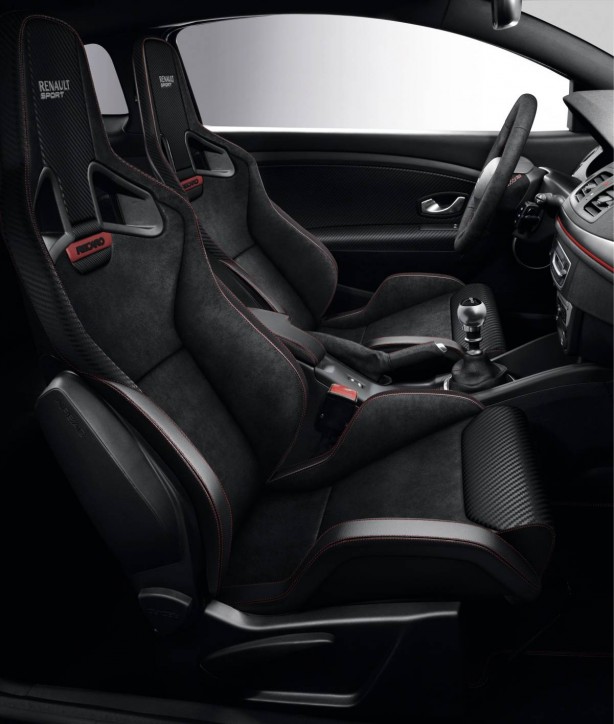 Inside, Mégane R.S. 275 Trophy comes with leather and Alcantara Recaro bucket seats with visible red stitching. Red stitching has been carried over to the rear bench seat, while the head rests feature Renault Sport badging.

Other interior highlights include visible red stitching for the Alcantara steering wheel trim and hand brake bellow, as well as a Zamac gear lever knob.