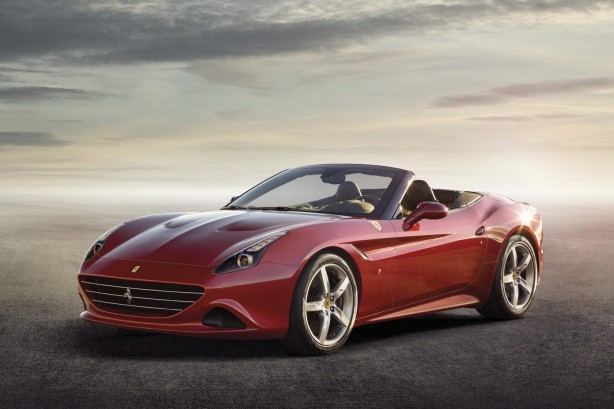 As reported earlier this month, the 3.9-litre direct-injected V8 is based on the turbocharged unit first introduced on the Maserati Quattroporte and Ghili sedans. For its application in the California T, Ferrari has enlarged its displacement, up 56cc. The result is more power at 412kW @ 7,500rpm and 755Nm @ 4,750rpm, enough to propel the car from 0-100km/h in just 3.6 seconds. 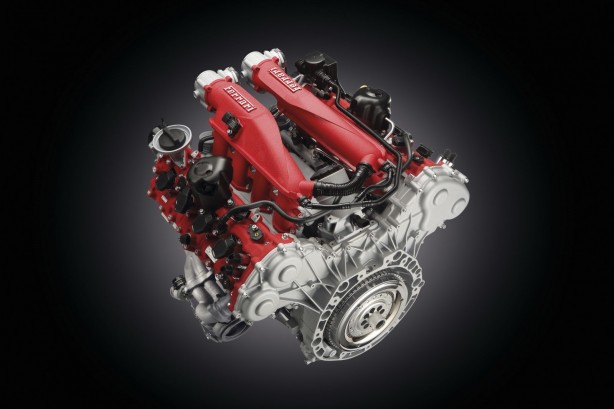 As in Formula 1 this season, the turbo is used to cut fuel consumption and CO2 emissions. Compared to the outgoing model, fuel consumption is down by around 15 per cent despite an increase in power and torque. Emissions are down to 250g/km – a 20 per cent reduction.

Ferrari has also promised the turbo mill would not lose any of the brand’s typical naturally aspirated engine sound. According to the Italian company, the engine produces “a powerful, engaging sound during both the intake and exhaust phases, becoming more potent as engine speed increases”. 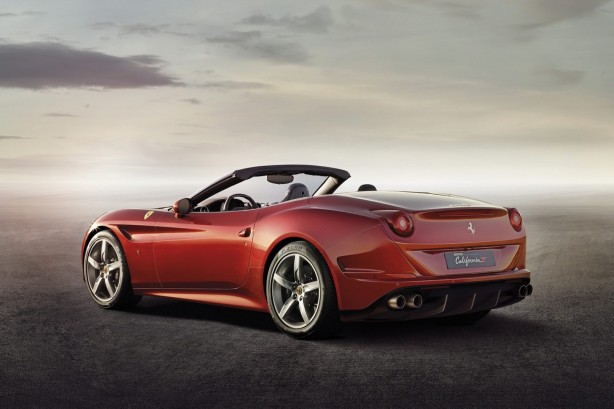 The California T also gets a new steering box for improved steering response and new suspension set-up. There are new springs and the latest-generation Magnaride dampers which is said to respond 50 per cent faster. Combined with body motion accelerometers, the California T is said to reduce roll and pitch for more precise handling while guaranteeing a comfortable ride for its occupants.

It gets the latest iteration of the F1-Trac traction control system and CCM3 carbon-ceramic braking system is also on offer. Integrated with the ESP 8.0 premium, the California T will come to a full stop from 100km/h in just 34 metres. 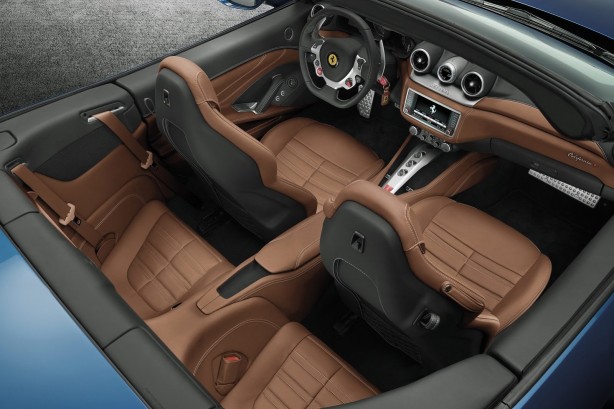 Outside, the coupé-convertible retains its hardtop that folds neatly into the boot in 14 seconds. Its redesigned front end, which includes new headlights, a vented bonnet, bigger grille and restyled bumper, is inspired by the F12berlinetta and Ferrari FF. Its new flanks are said to be influenced by the classic 250 Testa Rossa.

Inside, the California T gets a redesigned dashboard with new partially digital instrument panel and a new centre console with a 6.5-inch display.

The new Ferrari California T will make its public debut at the Geneva Motor Show in March before going on sale later in the year.