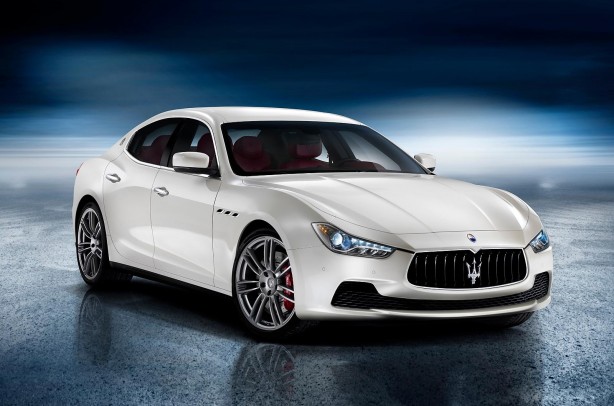 After numerous renderings and leaked images that have surfaced on the internet in the past few months, the 2014 Maserati Ghibli is finally revealed in all its glory ahead of the 2013 Shanghai Auto Show later this month.

The Ghibli slots beneath the larger 2013 Quattroporte as a more compact and sportier new model. To reduce development cost, the Ghibli shares most of its underpinnings with its larger sibling, including the engine, transmission and drivetrain. 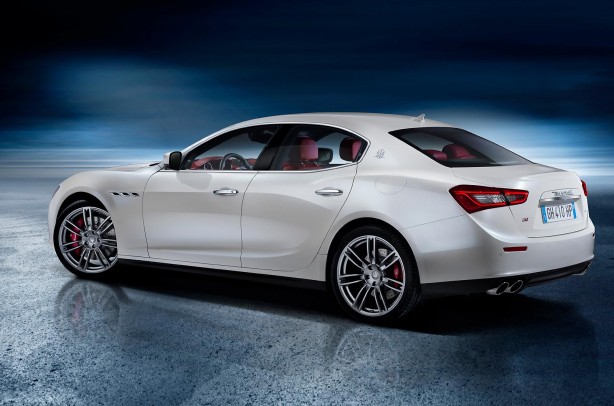 Going on sale in Europe and the US in early 2014, the Ghibli will be offered with three engine options – a 3.0-litre turbocharged V6 petrol, a high output version of the same V6 producing 301kW (404hp), and for the first time in Maserati’s history, a 3.0-litre V6 turbodiesel.

The drivetrain consists of an eight-speed automatic transmission sending power to the rear wheels. For drivers who prefer more grip, a new optional “Q4” all-wheel-drive system is also available.

The Ghibli will be an important model for Maserati as the Italian company lays down an ambitious sales target of 50,000 cars per year by 2016, including 1500 cars a year in Australia and New Zealand. Stay tuned as we bring you more details from the Shanghai debut.

The Ghibli will arrive in Australia in early 2014.