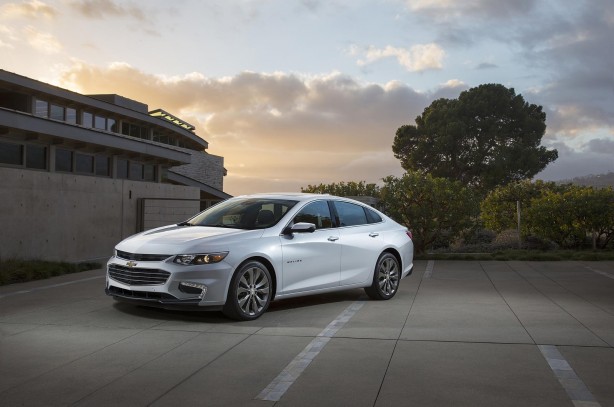 Chevrolet has unveiled the 2016 Chevrolet Malibu at the New York Auto Show. Completely redesigned from the ground up, the midsize sedan is said to be more efficient and comes with more advanced features than ever before.

The next-generation Malibu is also longer and lighter, 58mm longer to be exact. Its wheelbase has also been stretched by 91mm, while its width has remained unchanged. Despite the larger footprint, the new Malibu is almost 136kg lighter than its predecessor, thanks to greater use of high-strength steel. 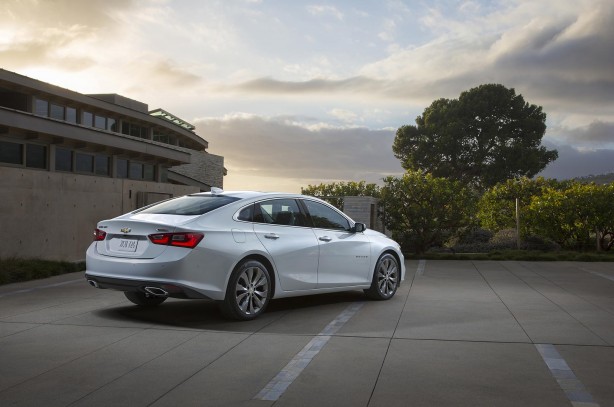 The new Malibu sports a much sleeker design than before, featuring a lower roofline and a more curvy body, giving the car a more premium look.

Its front fascia is dominated by Chevrolet’s dual-port grille flanked by a pair of sweeping headlights, while three body-side creases also add drama to the design. The car’s bonnet and cowl have been lowered for better aerodynamics. Certain models also get active grille shutters (LS and LT) to aid the course further.

Inside, the cabin’s open, expansive feel is reinforced with a greater emphasis on comfort, convenience and connectivity. Highlights include:

The instrument panel “center stack” is all-new, with greater delineation between the infotainment system and climate system controls for easier, at-a-glance operation. The Malibu’s interior is also features: 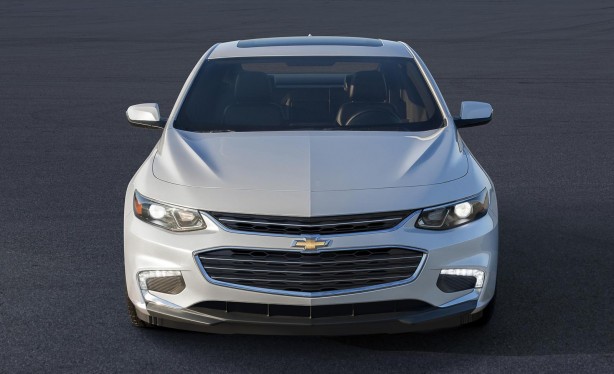 The 2016 Malibu is offered with a newly developed 1.5-litre Ecotec turbocharged petrol engine producing an estimated 119kW (160bhp) and 250Nm of torque with stop/start system. It is channeled to the front wheels via a six-speed automatic transmission.

There’s also a more powerful 2.0-litre turbocharged petrol with an estimated 186kW and 350Nm of torque, paired with a new eight-speed automatic.

For the firs time, the 2016 Malibu will also be offered with a hybrid setup that combines a 1.8-litre direct-injection petrol engine with a two-motor drive unit to provide a combined output of 136kW (182bhp), while returning a claimed 5.2L/100km in combined average. 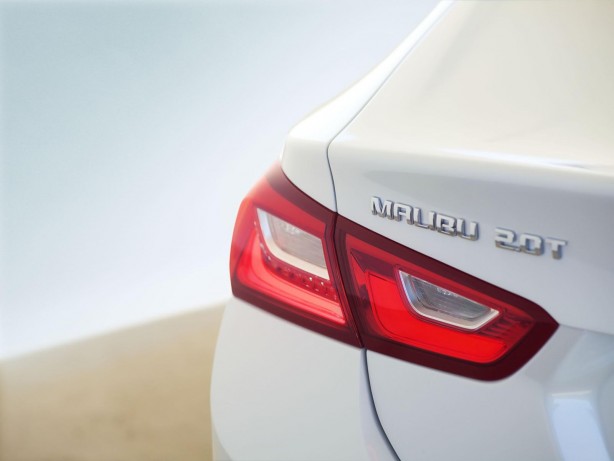 According to Chevrolet, the hybrid system is derived from the 2016 Chevrolet Volt and draws its power from an 80-cell, 1.5kWh lithium-ion battery pack. It is capable of travelling on pure electric power at speeds up to 88km/h before the engine kicks in.

The Hybrid model also benefit from regenerative braking and Chevrolet’s first application of Exhaust Gas Heat Recovery, or EGHR technology, which uses exhaust heat to warm the engine and cabin.

With Holden confirming up to three quarter of its new lineup being sourced from Europe with the closure of its manufacturing plant in Australia, it is unsure at this stage whether the new Malibu will make it to local showrooms. Sales of the current Malibu is also not very encouraging, with sales figures worst than the Holden Epica.

Chevrolet has unveiled the updated version of its 2020 Silverado 2500HD, which sports incredibly bold …