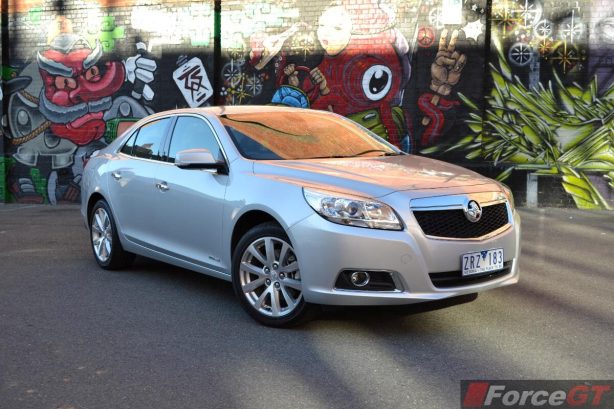 Holden’s all-new Malibu is the company’s second shot at the mid-size segment after its previous mid-sizer, the Holden Epica, disappointing sales performance. That means the Malibu has to once again take on the segment’s long time favourite, the Toyota Camry. Not an easy task but in view of how well the new Holden VF Commodore managed to impress us, its little sibling might have something in store for us this time around.

The Malibu is offered with a choice of two four-cylinder engines – a 2.4-litre petrol and 2.0-litre diesel. Power is sent to the front wheels via a 6-speed automatic transmission. 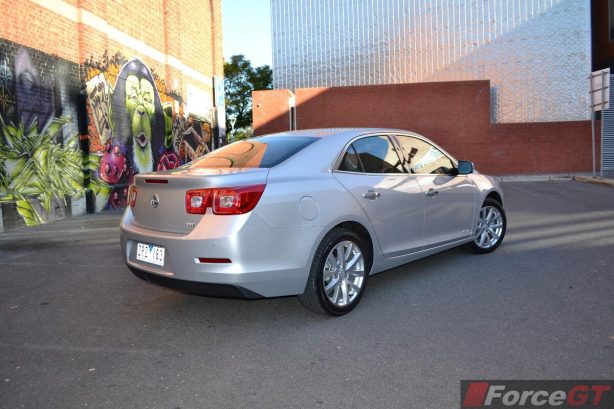 The design of the new Malibu is definitely a step up from the Epica. It’s still generic looking but has more presence thanks to a bolder front end and the Camaro-inspired taillights.

Inside, the dashboard design employs a totally different approach compared to the rest of the Holden range. It is far from pretty but is functional and well laid out, with lots of useful storage spaces, including a clever compartment tuck away neatly behind the centre LCD touch screen. The mood lighting strip across the dashboard is also a nice touch. In sharp contrast, the manual gear selectors are odd to use as they are located on the shifter itself and operated by a switch.

Legroom is reasonably generous for both front and rear but fitting three adults at the back can be tight. Overall,  interior space is still behind the Toyota Camry or Honda Accord. However, its 545-litres of boot space dwarfs its Japanese rivals.

The petrol engine develops 123kW and 225Nm while the diesel is rated at 117kW and 350Nm. Both engines are lacking the sort of refinement you would expect in today’s new cars. The petrol version gives reasonably good driveability at the lower rev range with good torque but above 3000 rpm it’s incapably weak and coarse. This is not helped by the sluggish and overly busy 6-speed automatic gearbox, making the drivetrain the weakest link in the whole package.

It’s a similar story with the diesel variant. It is effortless around town but the diesel clatter is a constant companion in the cabin. 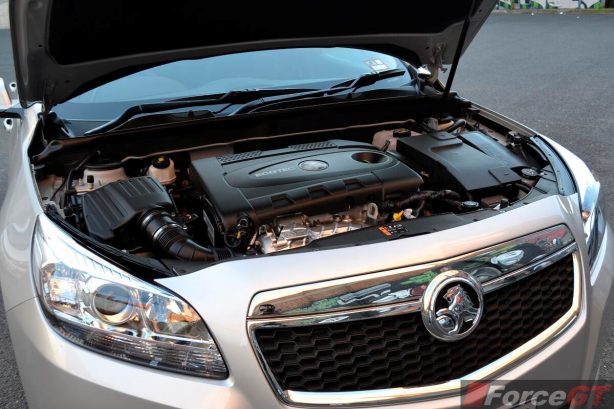 The Malibu’s soft-sprung suspension gives a smooth ride around town but comes at the expense of handling around country B-roads. It is still reasonably composed around the bends but wobbles too much over undulating road surfaces at 3-digit speeds. There is also a lack accuracy and feedback from the old-fashioned liquorice-thin steering wheel.

The Malibu is most at home on straight, smooth freeways, where it settles down to a stable and comfortable cruise. However, some road noise is noticeable, especially on CD models that are shot with Kumho tyres. The CDX which rolls on Bridgestone tyres fairs better in this regard. 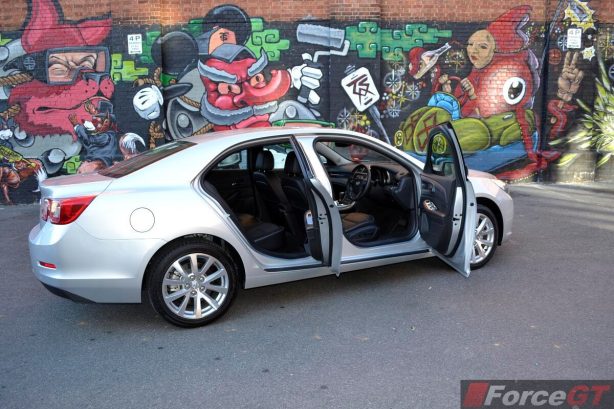 The Malibu feels solidly built with good overall interior fit and finish. Panel are well aligned with no noticeable rattles or squeaks around the cabin. Soft-touch materials are used in most places around the cabin including the dashboard and part of the door trim. However, the shiny ‘carbon-fibre’ style lower centre console plastics look cheap.

Our week spent with the Malibu returned an average of 9.5L/100km for the petrol and 7.8L/100km for the diesel. Both cars spent about 65% of its time spent on urban traffic. At constant speed on the freeway, the Malibu petrol consumes as little as 5.0L/100km. Not bad for a mid-size saloon.

The Malibu’s relatively new entry into the segment means resale value will not be as good as the Toyota Camry or Mazda6, Although we don’t expect it to be as bad as the Holden Epica. 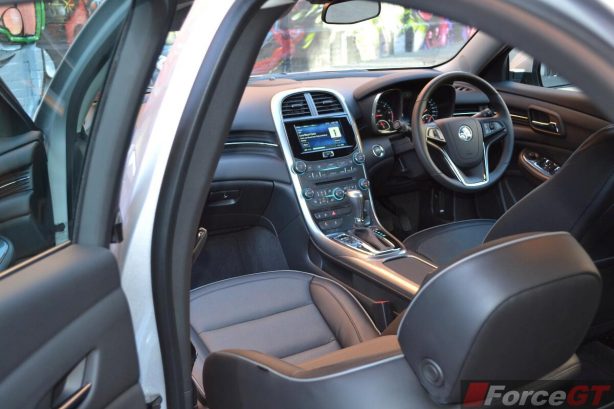 On the safety front, the Malibu is equipped with 6 airbags, electronic stability control with anti-lock braking system and traction control.

The 2013 Holden Malibu is better than the Epica it replaces, but only just. In stark contrast to its dynamically superior sibling, the Commodore, there is a lot more that needs to be addressed before it can be a worthy alternative to the Mazda6, or even the surprisingly good Toyota Camry. However, its generous standard features and reasonably well built cabin make it a viable family sedan from a pricing standpoint.