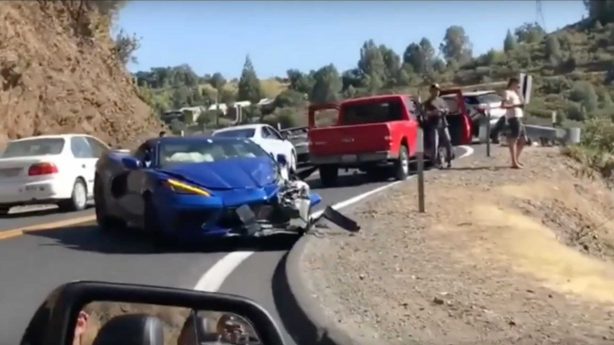 The Chevrolet Corvette C8 Stingray has only been launched a couple of weeks and one has already been wrecked!

The first crash is always big news and this C8 met an early end in the hills around Yosemite in California.

Details are scarce but the American muscle car was reportedly part of a fleet of Corvettes and a few GM vehicles when it clipped the rear of the white Equinox around a blind corner. 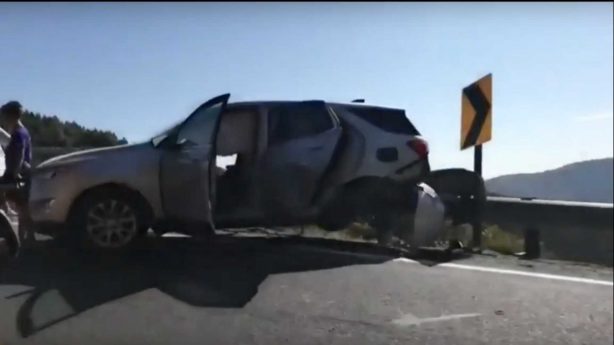 As you can see from these pictures taken from a video posted by Corvette Nut on YouTube, the damage is significant, with both front airbags in the Corvette deployed and the left-hand side of the car completely mangled.

It is unclear who’s at fault at this stage but we’re guessing speed might be involved judging from the severity of the crash. Luckily, no one seemed to be seriously hurt. 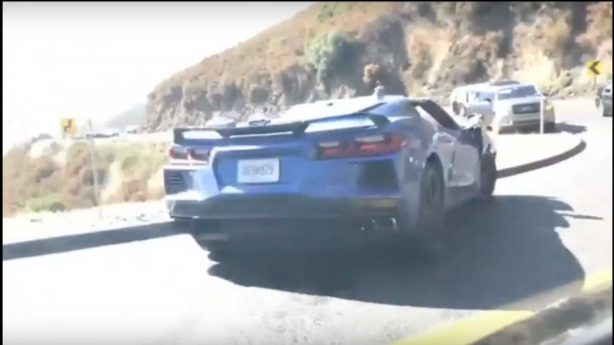 On a brighter note, the much-anticipated mid-engined sports car has been confirmed for Australia and set to arrive in the next 12 months or so.