Built in right-hand drive from the factory for the first time and expected to arrive in Australia by Q4 of 2021, the mid-engine supercar slayer will be offered in five variants – three coupes and two convertibles.

On top of that GMSV says all Australian delivered Corvettes will be well-optioned from the factory, which includes both the must have Z51 Performance Package and Front Lift as standard.

The Front Lift means the C8 could navigate steep driveways and speed bumps without scraping its chin.

Next up the rank is the 3LT coupe which starts from $160,500 and comes with “enhanced interior appointments”. The hardtop range will be topped out by a special Carbon Edition to celebrate the Corvette arrival in Australia with pricing to be unveiled in Q2. 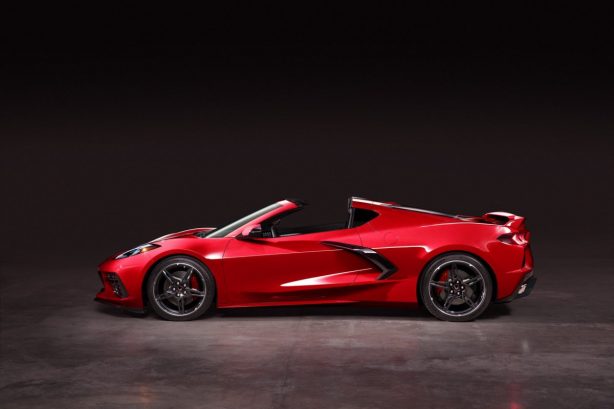 The two convertible variants will also come in either 2LT or 3LT trim and cost an extra $15,000 over its fixed roof siblings.

Regardless of which model you choose, the American performance car is outfitted with GM’s LT2 6.2-litre aspirated V8 packing 369kW and 637Nm. It is married to a Tremec-built eight-speed dual-clutch transmission driving the rear wheels. 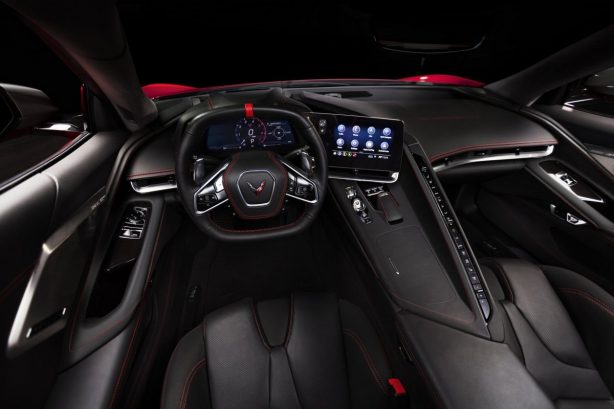 The C8 Corvette will be sold via GMSV’s 50-plus dealers across Australia.