Chevrolet has unveiled the facelifted 2020 Camaro featuring a new front fascia inspired by the Camaro SS Shock concept from last year’s SEMA show. Crucially, this means the return of the bowtie badge back on the grille, instead of on the front bumper.

During the 2019 update (below), GM controversially moved the badge to the black front bar, in the form of a cutout in the bodywork in the bowtie shape. Dubbed the ‘flow tie’, customer feedback has been less than positive.

“The overwhelmingly positive reaction to the Shock’s stylised design helped prompt its transition from concept to production.” 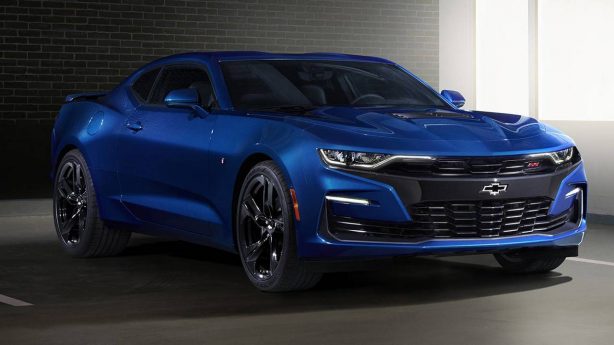 The 2020 facelift is purely aesthetic, with no performance or any other fundamental upgrades. Chevrolet has also added a new Rally Green exterior colour to the range, plus a wide range of features that customers can option to personalise their new Camaro, though Australians won’t likely be offered the luxury.

HSV, the local importer of the Camaro, hasn’t officially confirmed whether the updated model will make it to Australia, but we would be surprise if it didn’t.

The Melbourne-based outfit is currently rolling out the flow tie badged 2019 range for local consumption along with the hairy-chested ZL1 featuring a supercharged 6.2-litre LT4 with around 480kW and 860Nm.