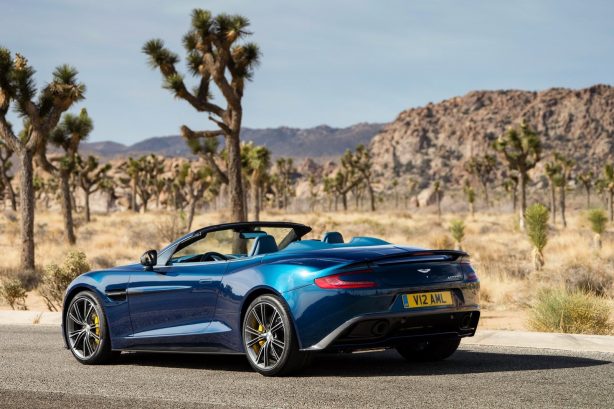 Aston Martin has taken the lid off (literally) the company’s open top version of the Vanquish, called the Volante.

Replacing the hard top is a triple-skin lightweight fabric roof that takes 14 seconds to fold away under a sculptured tonneau and bootlid. 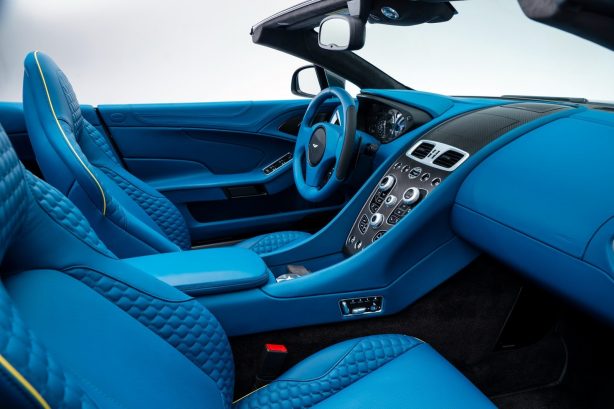 While the 2+2 interior has been carried over unchanged from the Vanquish, the British marque has redesigned the boot and integrated spoiler for the Volante. As a result of clever engineering, the boot space in the Vanquish Volante is 50 per cent bigger than that of the superseded DBS Volante – 279 litres irrespective of whether the roof is up or down.

Aston Martin also highlighted the fact that the Volante is the first fully carbon fibre-skinned and simultaneously, the stiffest convertible model in the brand’s history. It tips the scale at 1,845kg, or only 9kg more than the Vanquish coupé. 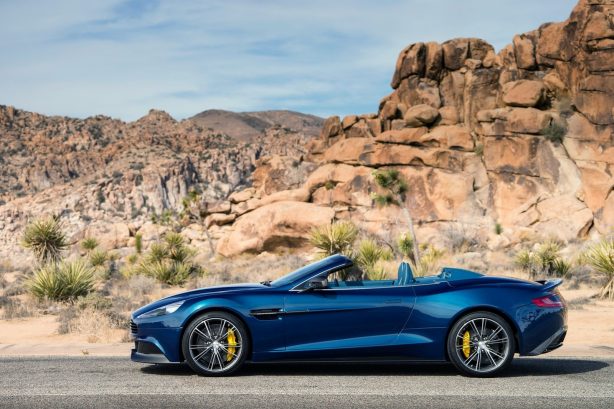 Under the bonnet lives the same naturally aspirated 6.0-litre V12 petrol engine that produces 422kW (565hp) of power and 620Nm of torque. It is connected to a Touchtronic 2 six-speed automatic transmission driving the rear wheels.