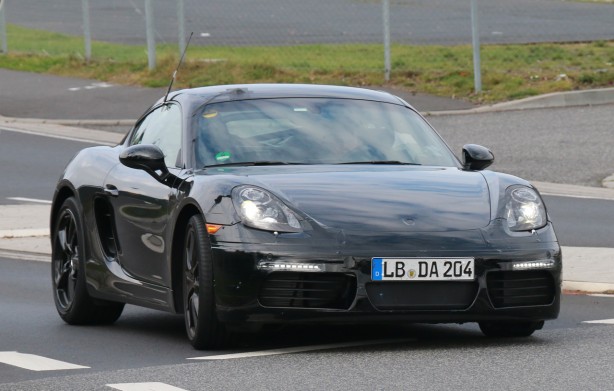 Gearing up for early 2015 release, the facelifted Porsche Cayman has been scooped on public roads near the Nurburgring circuit, probably after an outing at the track.

An even bigger focus than cosmetic changes for the 2015 Cayman is the rumoured four-cylinder boxer engines that could possibly see the light in the facelifted model. The new engines are confirmed by Porsche for the next-generation model but speculation has it that they may also be offered in the updated 2015 Cayman, joining the current six-cylinder engine.

All will be unwrapped at the Cayman’s expected debut at the 2015 Detroit auto show.

Previous Lexus teases LF-C2 convertible concept ahead of LA debut
Next BMW i3 EV launched from $63,900