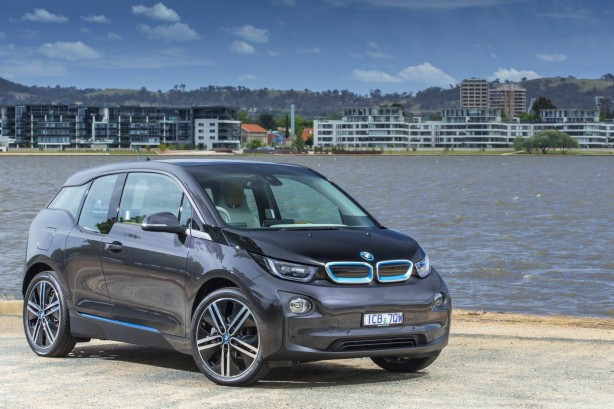 BMW Australia has launched its second i model – the BMW i3. Priced from $63,900 for the standard i3, the five-door, four-seat electric vehicle is the world’s first premium car purpose-designed from the ground up for an electric drive system.

Its lightweight “LifeDrive” architecture combines a separate aluminium Drive module with a carbon fibre reinforced plastic (CFRP) passenger cell “Life” module (a world first for a volume-production vehicle) for a kerb weight of 1,195kg, despite the 230kg weight of the battery pack.

Propulsion is provided by a 125kW/250Nm BMW eDrive electric motor that drives the rear wheels via a single-speed automatic transmission. It is claimed to have a range of up to 160km from a single charge in COMFORT mode, another 20km in ECO PRO and up to 200km in ECO PRO+ mode, while offering a 0-100km/h dash in 7.2 seconds. Top speed is limited to 150km/h. 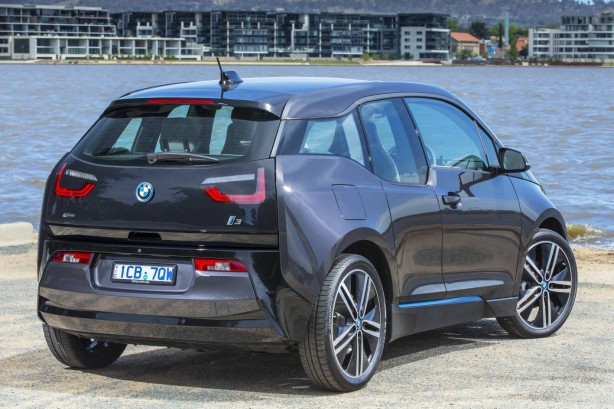 The electric motor draws its energy from an eight-module, 360 volt, lithium-ion battery pack that generates 22kWh of energy. It can be fully charged through a BMW i Wallbox Pure accessory in approximately six hours, or standard domestic 240-volt power outlet in 11 hours. An optional DC fast charger will charge the batteries up to 80 per cent in 30 minutes. Under the 360° ELECTRIC program, the BMW i3 can also be charged at public charging facilities run by BMW partner ChargePoint using the ChargeNow card for cashless payments.

Alternatively, customers can opt for the BMW i3 with Range Extender, which is priced from $69,900.  It brings a 650cc two-cylinder petrol engine used solely for recharging the batteries to increase everyday range up to 300km. The i3 Range Extender’s combined fuel consumption is rated at just 0.6L/100km, while CO2 emission is a claimed 13g/km.

While the BMW i3 is fitted with both brake and accelerator pedals, an innovative single-pedal control system is said to offer an engaging driving experience and the opportunity to improve efficiency even more.

As soon as the driver lifts off the accelerator pedal, the system engages a speed-sensitive braking recuperation mode to regenerate energy and apply a controlled braking effect. 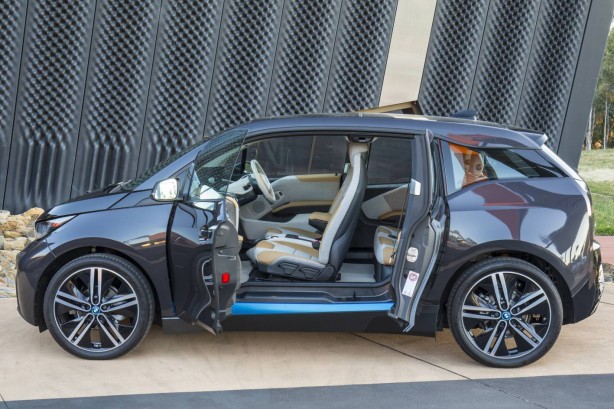 The exterior styling of the BMW i3 reflects the car’s innovative LifeDrive architecture and advanced BMW eDrive electric powertrain that allowed designers an exceptional degree of freedom.

That freedom is exhibited in a body design that dispenses with B-pillars, thanks to the lightweight but extremely rigid CFRP passenger cell, and together with the front and rear “coach” doors that open in opposite directions, provides easy and expansive access into the spacious cabin.

The large glass surfaces and short front and rear overhangs emphasise the “lightness” of the car expressing not only its sustainable efficiency but also its urban agility.

At the same time, trademark features including the contemporary kidney grille; U-shaped LED tail lights and LED driving lights that surround the headlights; and the “black belt” that extends from the bonnet, over the roof and onto the glass tailgate, clearly mark the BMW i3 as one of the new generation of advanced BMW i models. 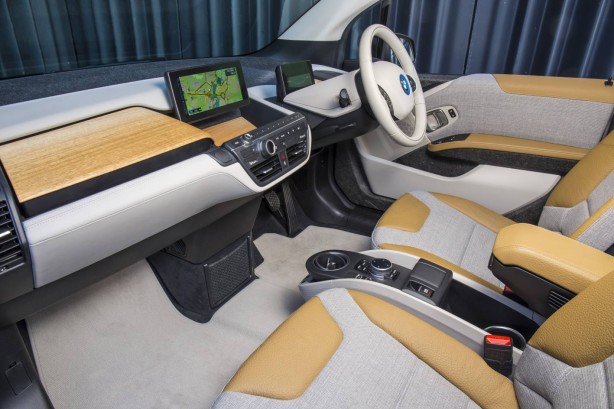 The futuristic styling continues inside where sustainably-sourced materials including the standard leather/wool fabric upholstery are combined in three trim options with Lodge, Loft and Suite lines.

In the centre of the instrument panel above the climate and audio controls is a second, highly visible 10.3-inch screen that displays all vehicle, infotainment, navigation and communication functions that are easily accessed via the BMW iDrive Controller – including a touch controller that recognises handwriting – between the front seats.

With all drive components and batteries located under the cabin and the motor mounted near the rear axle, there is no traditional central tunnel through the interior creating a spacious, open and airy feeling aided by the elevated seats and large glass areas.

Behind the rear bench seat with its two seating positions is a 260-litre capacity luggage space that can be further expanded to 1,100 litres with the 50/50-split rear seat folded flat, with an additional 35-litre storage space under the bonnet. 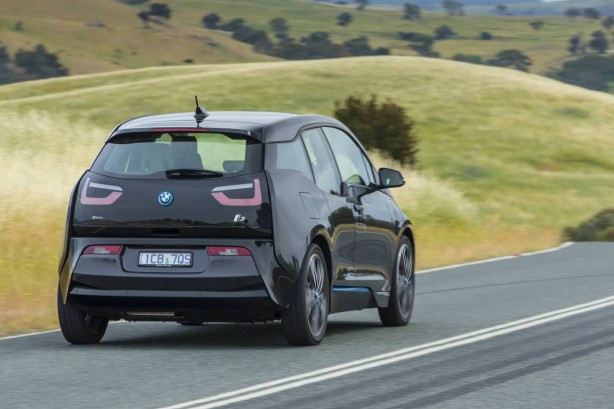 The i3 is fitted with 19-inch forged light-alloy wheels shod with relatively narrow, low rolling-resistance 155/70 front and rear tyres and 155/70 front and 175/60 rear on the i3 Range Extender.

BMW has also ensured that the BMW i3 is always fully connected for convenience and features a full suite of BMW Connected Drive functions such as internet access, Concierge Services, Real-Time Traffic Information, BMW Online services and the ability to carry out functions like opening or locking the doors or preconditioning the climate control remotely through the BMW i Remote App.

In addition to the safety offered by the rigid, strong CFRP passenger cell, the BMW i3 also includes a vast array of safety equipment such as front and rear Park Distance Control, Rear View Camera, Anti-lock Braking System, Dynamic Stability Control, Dynamic Traction Control, six airbags, and an aural pedestrian warning activated when the car is travelling at speeds up to 30kmh.