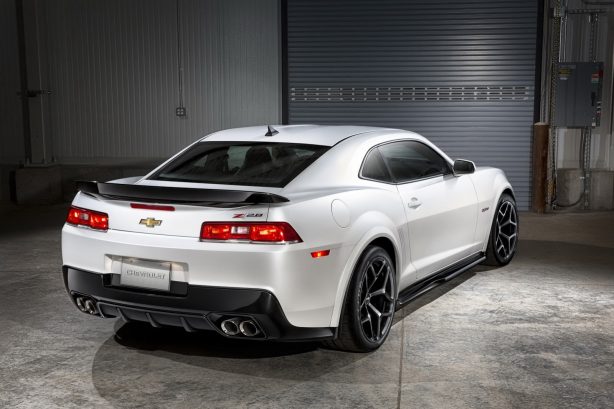 GM has unveiled its face lifted 2014 Chevrolet Camaro at the New York Auto Show. It is the first face lift of the born again muscle car since making its debut in 2009.

The new car sports a redesigned fascia, with a sleeker and narrower upper grille, accompanied by a chrome trim and slimmer headlight. The front bumper has also been restyled, while the bonnet now adds a new functional vent, replacing the ‘mail-box’ opening of the old model. 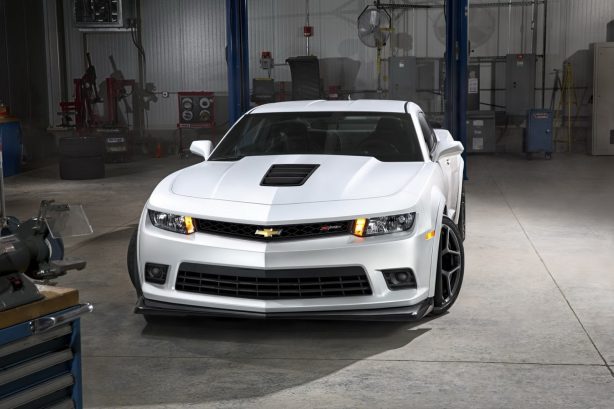 At the other end of the car, the new taillights are now one piece, and slender – inspired by Camaro’s of 1967 and 1969. The reworked rear bumper features a diffuser that has grown in height, reaching the centre of the license plate. The boot lid now incorporates a third brake light and subtle lip.

However, GM seems to have run out of budget halfway through the development as there doesn’t seem to be any significant changes to the car’s interior. 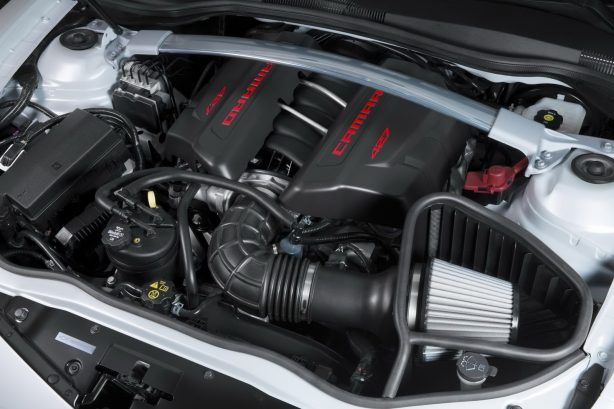 Chevrolet has resurrected the Z/28 nameplate from the past. It boasts a 7.0-litre V8 engine sourced from the Corvette and is a street-legal but track-focused sports car. The engine delivers ‘at least’ 373kW (500hp) and 637Nm of torque and is paired exclusively with a six-speed manual transmission with close-ratio gearing and 3.91:1 final drive ratio.

“The build sheet is the wish list of any racer: lightweight, high-revving, dry-sump LS7 engine; carbon-ceramic brakes; integrated coolers for track use; true aerodynamic downforce, and a significant reduction in curb weight. This car could only come from Chevrolet, and could only be called the Z/28,” said Mark Reuss, GM North America’s President. 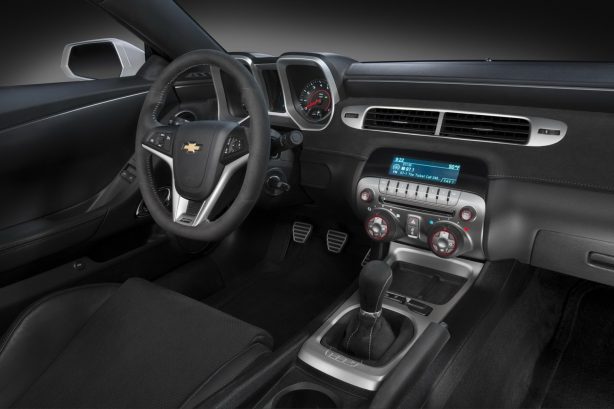 The Z/28 is 45kg lighter than the Camaro SS and 136kg lighter than the supercharged ZL1. Weight savings comes courtesy of manual adjustments for the front seats, removal of interior sound deadening and carpeting, lightweight battery, thinner rear window glass (3.2mm compared to 3.5mm), modified rear seat section (-4kg) and 19-inch wheels and tyres (-19kg) instead of the standard 20-inch wheels on the Camaro SS and ZL1.

The Chevrolet Camaro is not available in Australia.