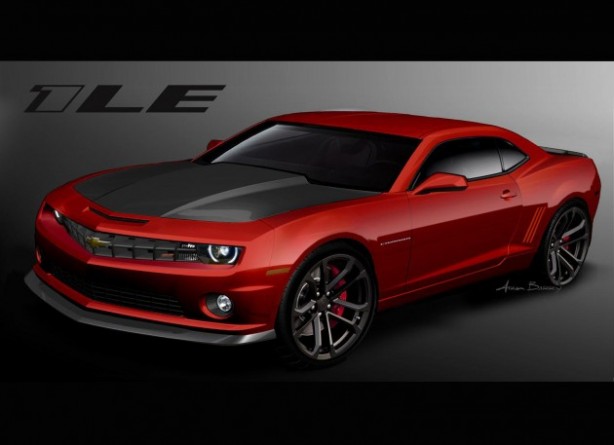 The 2013 Chevrolet Camaro SS can now be optioned with the 1LE package. The goodies in the package include aggressive styling enhancements and various components suitable for track work.

The Camaro 1LE will certainly not be mistaken for a ‘base’ model Camaro SS courtesy of the power hump in the bonnet, a lowered front spoiler and a rear boot lid spoiler – all painted in carbon. The standard car’s alloys have also been replaced by a set of matt-grey 20-inch wheels wrapped in Goodyear Eagle Supercar G:2 tyres.

Under the bonnet, the same 6.2-litre GM pushrod V8 that’s in the SS is carried over. It produces 318kW of power and 569Nm of monstrous torque. The 1LE package is available exclusively with a bespoke 6-speed Tremec TR6060-MM6 manual gearbox. It feeds power into a 3.9:1-geared differential.

Al Oppenheiser, Camaro’s Cheif Engineer said Chevrolet is calling the 1LE a combination of both the SS character, and the full-cream ZL1.

“That the 1LE breaks the three-minute lap at VIR [Virginia International Raceway] puts it in the upper echelon of performance cars. That it starts under US$40,000 (in the United States) makes the Camaro 1LE one of the most affordable, most capable track-day cars offered by any manufacturer,” he said. 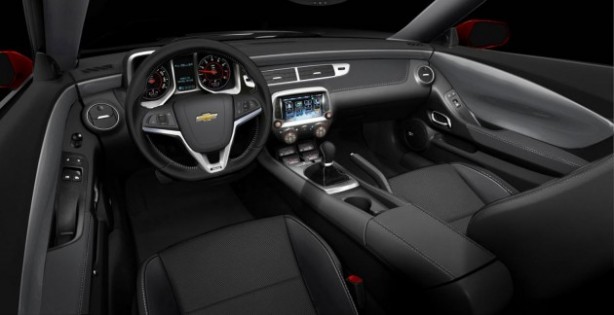 Other unique highlights include:

The Camaro SS 1LE will arrive in showrooms across the States in the 3rd quarter of 2012.