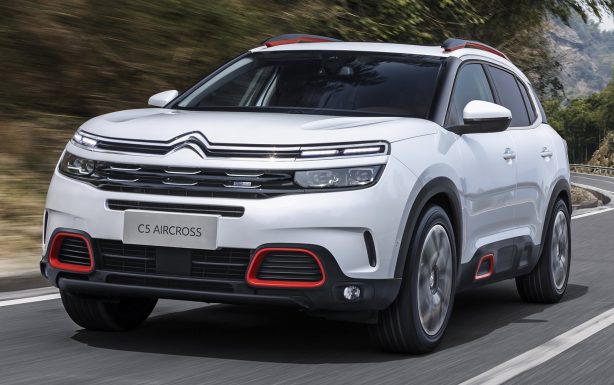 Citroën has taken the wraps off its new C5 Aircross SUV which will make its debut at the 2017 Auto Shanghai Show tomorrow.

As a sign of the increasingly important Chinese market, sales of the C5 Aircross will kick off in China in the second half of 2017, before going on sales in its European home market at the end of 2018.

Inspired by the Aircross concept, the production model sports a two-tier headlight and grille front-end design, with distinctive triple air intakes below it. 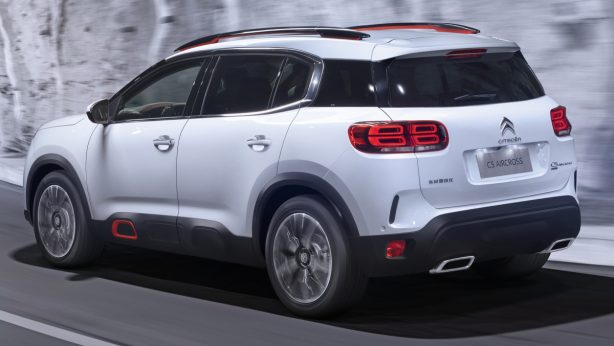 Along the sides, the blacked out A- and D-pillars give the car a floating roof look, while the C-shaped chrome trim framing the side windows are almost a direct lift from the concept.

Like the C4 Cactus, the Aircross is equipped with Airbumps to protect the lower reaches of the car.

At the back, the LED taillights feature a four-pot light signature, while a pair of tailpipes sprouts from the rear valence. The Aircross rolls on 19-inch two-tone alloy wheels. 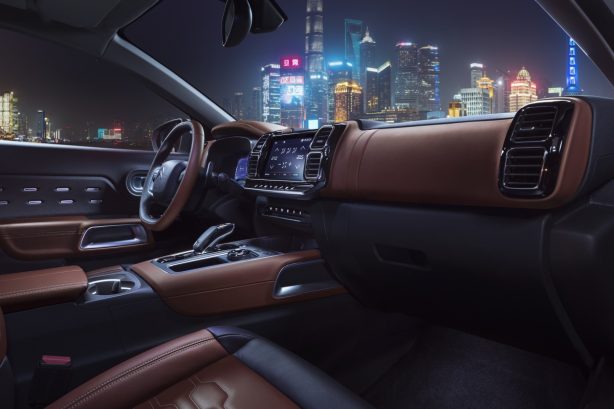 Inside, the horizontal dashboard emphasises the width of the SUV, while a 12.3-inch digital instrument display and an 8-inch central touchscreen gives the car a high-tech look. Citroën says the “soft and warm materials” enhance the sense of protection and comfort.

The C5 Aircross is based on the EMP2 platform, which also underpins the Peugeot 308, and has a wheelbase of 2.73 metres making it bigger than the Peugeot 3008, but smaller than the seven-seater 5008.

No details of the SUV’s powerplant has been released as yet, but expect it to be powered by PSA Group’s latest engines, including the Prince 1.6-litre THP turbocharged four-cylinder petrol, a 1.2-litre PureTech three-cylinder turbo petrol and a 1.6-litre BlueHDi turbodiesel. A plug-in hybrid is also expected. They will be mated to either a six-speed manual or a new eight-speed automatic.