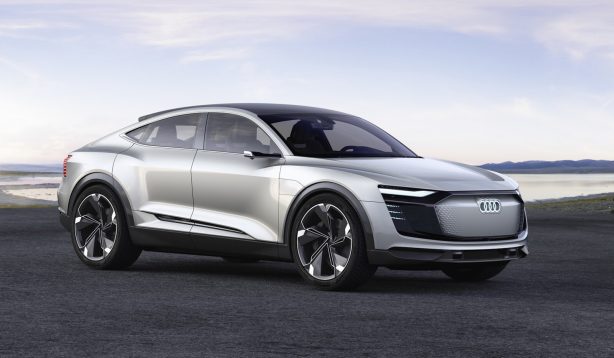 Audi has taken the wraps of its new E-Tron Sportback Concept at the 2017 Shanghai Auto Show.

Looking like Audi’s version of the Lamborghini Urus, the electric concept previews future electrified SUV models from Ingolstadt, with the first production model to be rolled out in 2019. 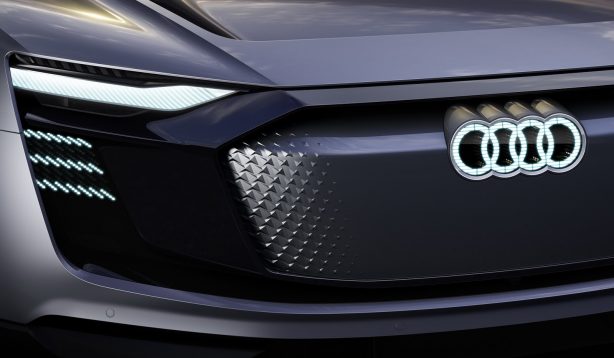 Its LED-infused front fascia is dominated by a prominent interpretation of Audi’s grille with illuminated logo and a pair of slender headlights. At the back, a light strip with more LEDs connects the fancy taillights, while the muscular wheel arches house enormous 23-inch alloy wheels. 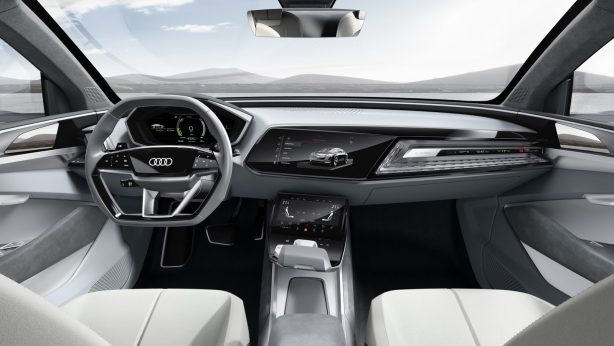 Stepping inside, the cabin is strictly a four-seater with a one-piece dash that houses a digital instrument in front of the driver, and a touchscreen central display. Further down, another touchscreen takes care of the climate control functions. 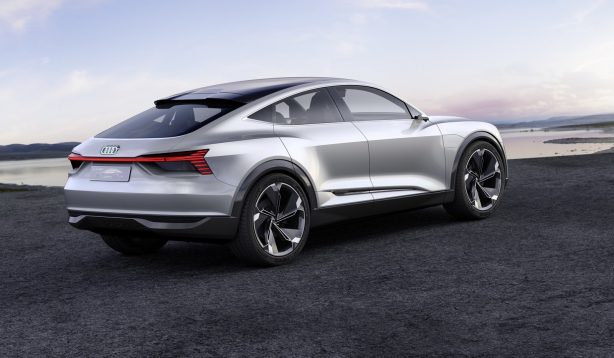 The study is powered by three electric motors, one mounted on the front axle and two on the rear, making the E-Tron Sportback an AWD. Together, they produce 320kW of power, or up to 370kW with the boost mode engaged. Audi says the concept is capable of launching from 0-100km/h in just 4.5 seconds.

Nestled between the two axles below the passenger compartment is a set of liquid-cooled lithium-ion battery with 95kWh capacity. It is enough to supply enough power for more than 500km according to NEDC estimates.