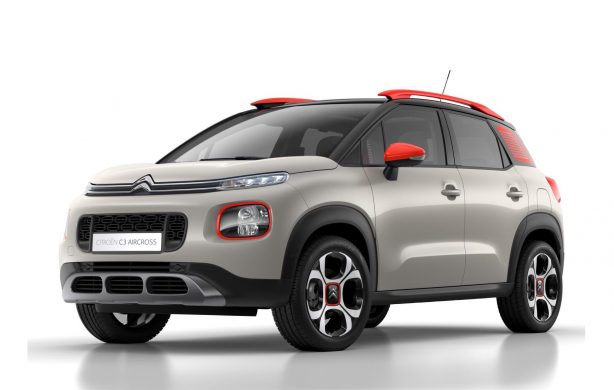 Citroën is stepping up their SUV offensive with the new C3 Aircross, hot on the heels of the new C5 Aircross which made its debut in April. The new model will replace the C3 Picasso and, as the name suggests, is based on the latest C3.

Inspired by the C-Aircross Concept at the 2017 Geneva Motor Show, the new C3 Aircross stands out from the crowd with its two-tier lighting setup with LED DRLs in the upper section, 3D-effect rear taillights, skid plates, roof rails and C-pillar graphics. It’s also 20mm higher than the regular C3. 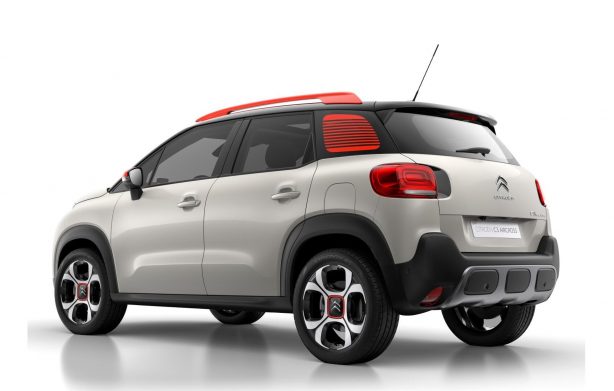 Inside, the cabin is home to broad and comfortable seats, first seen on the C4 Cactus. There’s also plenty of storage, including a wireless smartphone charging area in the centre console. Other highlights include colour head-up display, Active Safety Brake, Intelligent Beam Headlights and Speed Sign Recognition and Recommendation, as well as Park Assist and Citroën Connect Nav.

There are plenty of customisation options, too, with up to eight body colours, four roof colours and four colour packs, five interior design schemes and 16- and 17-inch wheel designs to choose from. 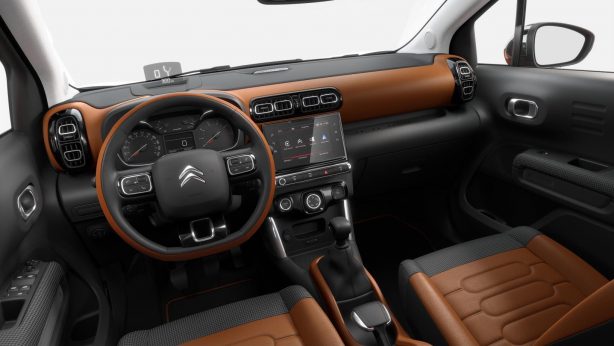 The C3 Aircross measures 4.15m long, 1.76m wide and 1.64m tall, with a wheelbase spanning 2,600mm. It comes with 410 litres of boot space, which can be expanded to 520 litres with the rear bench slide forwards. Should more space is required, the rear bench can be folded down to liberate 1,289 litres. Additionally, the dual-height mobile boot floor provides a flat floor with the rear seatbacks folded down.

The French SUV is available with a range of petrol and diesel engines, including three PureTech petrol engines developing between 80kW to 94kW, and three BlueHDi diesels generating between 65kW to 87kW. A six-speed manual or EAT6 automatic are offered and connects the engines to the front wheels. 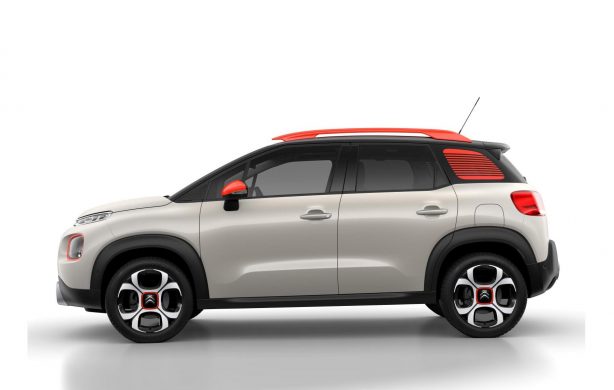 Citroën says the new C3 Aircross is at ease on most surfaces thanks to the Grip Control which comes with Standard, Sand, All-Road, Snow or ESP OFF modes. A Hill Descent Assist System also helps on inclines by limiting slippage as the car descends slopes.