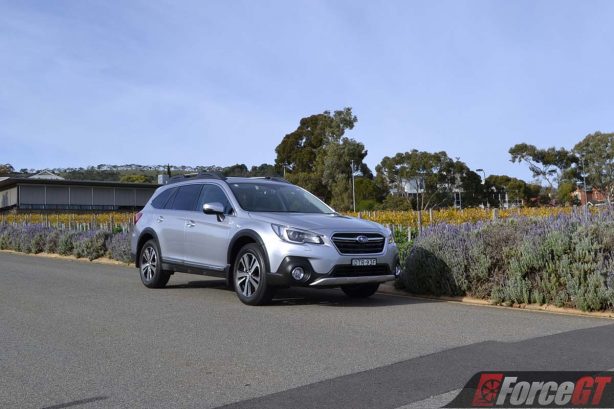 There’s a lot to like about the Subaru Outback. Yes, it’s not overly exciting to look at even with the recent facelift, but like a pair of favourite Levi’s 501, it’s relaxingly comfortable and usefully fit for almost every occasion.

Being the original crossover wagon, the Outback’s fan base is also almost unrivalled, with Subaru Australia shifting more than 11,000 units around the country last year. It’s not hard to see why.

While the 2.5-litre variant is almost all the Outback you’ll need, those wanting more oomph and better towing capacity should check out the big-chested 3.6R. 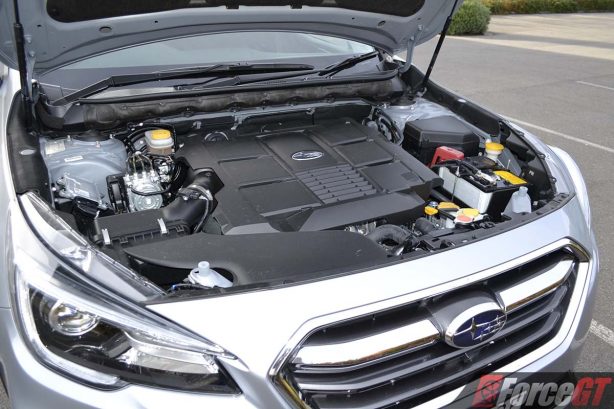 And while an output of 191kW and 350Nm is nothing special these days especially when a modern 2.0-litre turbocharged four easily mustering the same, there’s a certain charm about Subaru’s old school, naturally aspirated engine.

Perhaps it’s the no nonsense and effortless engine response, or the throbbing baritone tune that somehow conjures up something more powerful and exciting, or even the blissful lack of engine stop/start; the 3.6R is a rare breed that deserves celebrating.

Matched with Subaru’s renowned Symmetrical All-Wheel Drive system, the high-riding Outback tackles corners with verve and composure that puts most SUVs to shame. Despite the higher ground clearance, its handling is very much car-like with little body roll, tight body control and a communicative steering that tells you what the front wheels are doing. 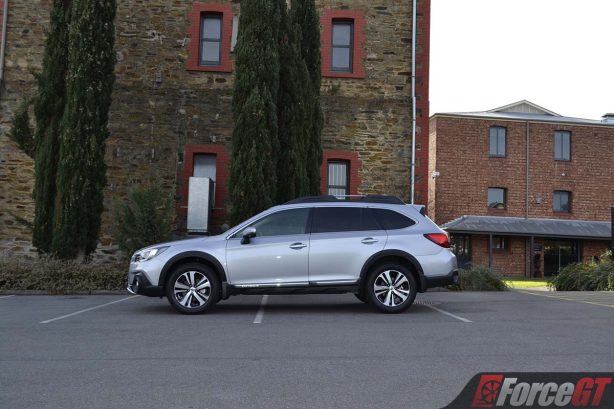 With 213mm of ground clearance and 18.4 degrees approach and 22.7 degrees departure angles, the Outback also goes further off the beaten track than normal wagons. This is aided further with the X-mode and electronically controlled diff lock which helps with traction on slippery surfaces.

What’s not so joyous is Subaru’s decision to replace the 5-speed torque converter automatic with a continuously variable transmission (CVT) although to be fair, it’s one of the better examples of its type.

The much complaint elastic band feel has largely been banished thanks to clever algorithm. It will also mimic a ‘normal’ transmission in Sport and Sport# modes quite faithfully with six artificial steps that can be engaged via the steering wheel paddles. The drivetrain is generally smooth marred only by slight hesitation on take-off – a common trait of CVTs. 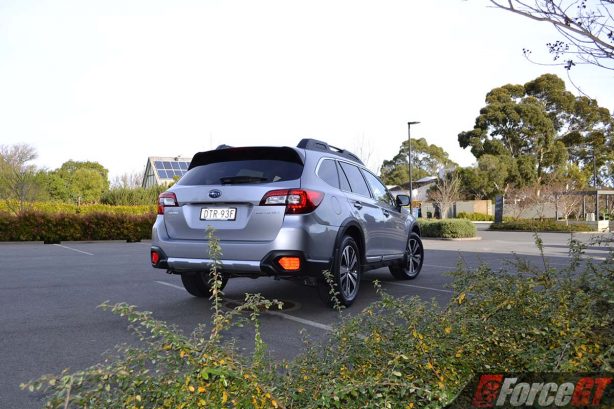 Once on the move however, the 3.6R’s refinement is above average, with the engine muted in most conditions but rewards with a nice flat-six note on open throttle. There is also very little wind and road noise to interrupt your enjoyment of the standard 11-speakers Harman Kardon sound system.

The lack of turbocharging and the all-wheel drive system also hurt the 3.6R’s fuel consumption, with figures hoovering in the mid 13L/100km on test.

Inside, Subaru has made key tweaks to the 2018 Outback’s interior to enhance its visual appeal and functionality even further. 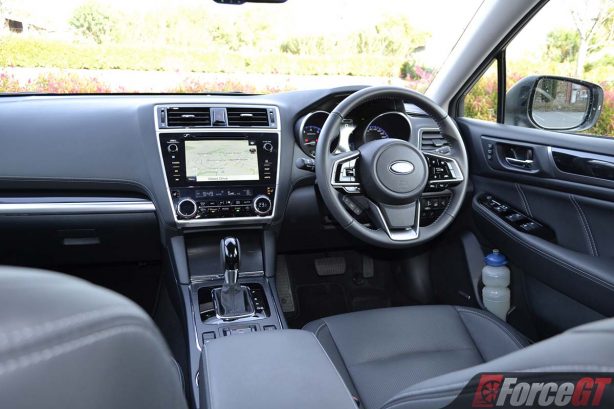 The larger 8-inch infotainment screen has a classy flat face with high gloss black finish and silver frame, and comes with Apple CarPlay and Android Auto, while the TomTom powered sat-nav features a one-box search function similar to a smartphone.

The dashboard and door cards now feature French hemstitching for a classier look, while the instrumentation rings also have 11 colours to choose from.

The Outback’s spacious and comfortable interior means there’s plenty of room for everyone, including Jock the dog. The front seats are multiway electrically adjustable to suit a range of body sizes and comes with memory function for the driver’s seat. At the back, rear seat passengers get their own air vents and reclinable seat backs. 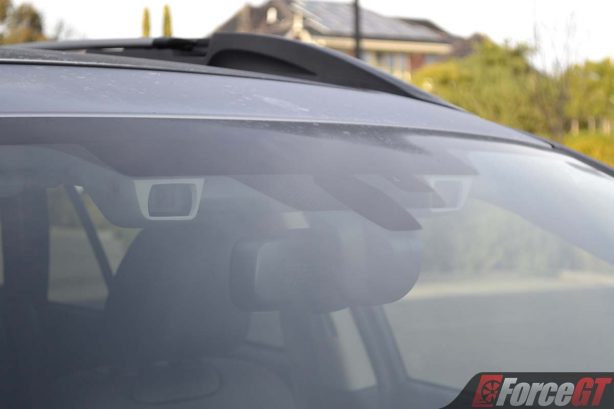 On the safety front, the new LED headlights now come with adaptive functions that both swivels with the steering, as well as switches between high and low beam automatically, making both city and country driving much safer and brighter at night.

Subaru’s third-generation EyeSight system now includes autonomous emergency braking, pedestrian and brake light recognition. Its adaptive cruise control also works better than many rival systems without being overly sensitive to turning vehicles, while the new 360-degree camera includes a kerb view function that makes kerbed-wheels a thing of the past.

The 3.6R Outback enhances what is already a compelling package with extra oomph and towing capacity.

The 2018 update also brings genuine enhancements to the Outback’s spec sheet, safety credentials and interior appeal to make it an ideal lifestyle vehicle for the city and the beaten track.