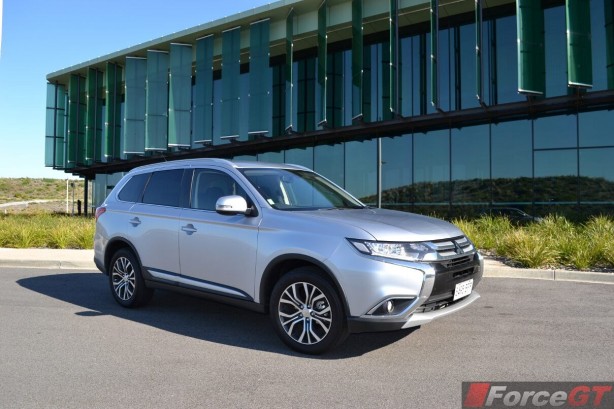 The Mitsubishi Outlander has received a major facelift for 2015, and the move is more a must than necessity. Slow sales in the burgeoning SUV market means something has to be done if Mitsubishi is serious about getting its mid-size SUV, once a strong seller in the segment, back into the game.

With chart-toppers such as the Mazda CX-5 and Nissan X-Trail flogging sales like no body’s business, the conservatively styled Outlander has had better days.

So, the time is now or never for Mitsubishi, which has just recently announced its plan to divert its focus to SUVs. 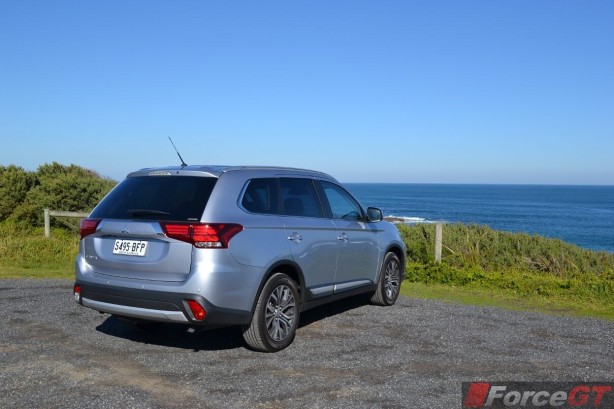 The three-model range has been renamed, with the ES discontinued and the LS as the new entry-level model joined by the mid-range XLS and range-topping Exceed. Prices range from $28,490 to $46,490 plus on-roads. LS models cop a slight price increase of up to $750, while Exceed variants are $400 cheaper. Prices for the mid-spec XLS models remain unchanged.

The Outlander’s bold new front design marks the first time Mitsubishi’s new “Dynamic Shield” design theme being applied to a production model. The feature was first introduced in the Mitsubishi XR-PHEV concept and is said to be inherited from the bumper side protection seen on generations of Pajero.

Making the most visual impact is the set of chrome features that run from the outer edges of the headlights to the lower grille, ending just inside the fog lamps.

The revised grille sports silver plated and chrome bars that stretch into the headlights, now integrated with LED daytime running lights, while the redesigned front bumper feature a wider silver skid plate for a tougher look.

The look from the side is enhanced through new silver skid plates and black wheel arches. Completing the facelift is a set of fresh 18-inch alloy wheels, standard across the entire range. 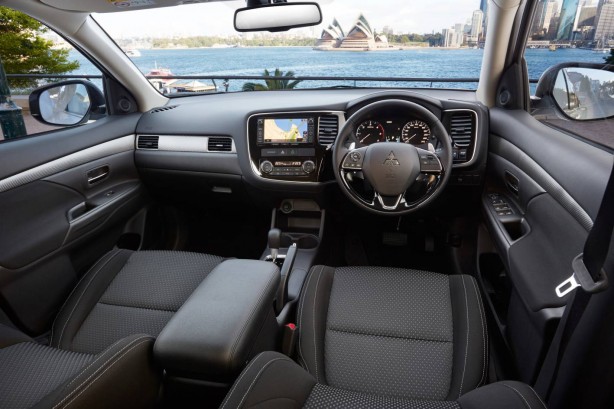 Inside, the most notable update is the new design steering wheel, which now features gloss black bezel for a classier look. Elsewhere, new accent trim has been applied to the doors and dashboard, while improved material is evident on the headlining.

The seats have been improved with better lateral support and an increase in side bolster stiffness. A new black cloth seat trim (on LS and XLS models) with stitching details complement the new interior look. 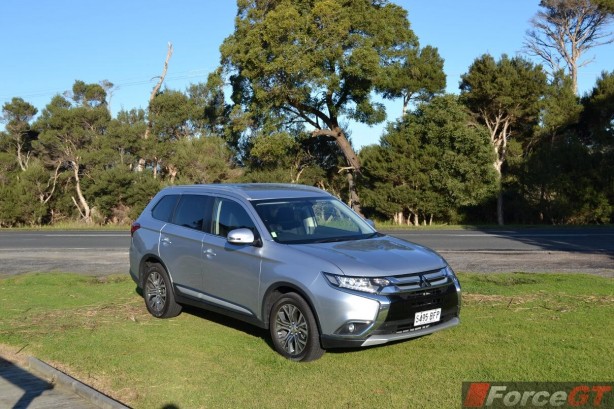 On the road, the 2015 Mitsubishi Outlander gains a slight reduction in noise, vibration and harshness (NVH), thanks to improved sound insulation and isolation damping materials throughout the vehicle.

Engine, road and wind noise was not much of an issue in the pre-update model’s cabin, but the new model gains further refinement in this area through a damped engine air intake, noise-isolating windscreen glass, improved weather stripping, new tyres, damper tuning and modified suspension mounts. In total, Mitsubishi claims 39 NVH improvements have been applied to the 2015 Outlander.

The Japanese carmaker has also revised the structure of the door seals so that the doors shut with a more solid thump, though we struggled to tell the difference between old and new.

The improved steering offers sharper response, while body roll is reduced around corners through a more rigid suspension system and reinforced body.

Already one of the best riding SUVs in its class, the Outlander impresses further with plush ride and good straight-line stability thanks to larger diameter rear dampers. 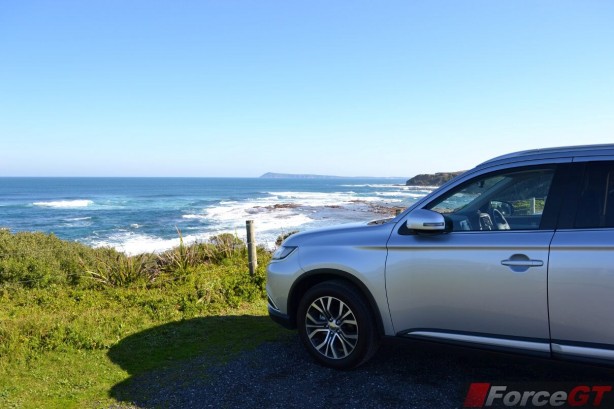 Petrol variants benefit from a more responsive continuously variable transmission (CVT) that is more willing to “kick-down”. Acceleration off the line is also more aggressive.

The 2015 Mitsubishi Outlander doesn’t disappoint when it comes to standard features. The goodies in the base LS model include AM/FM radio/CD/MP3 player with Bluetooth and iPod connectivity, cruise control, trip computer, reverse camera with parking sensors, and climate control.

While update to the 2015 Mitsubishi Outlander is much more than skin deep, it will still likely be forgotten in a segment brimmed with more advanced and stylish rivals.